“I thought you’d never ask.” This is the moment when Downton Abbey jumped the shark.

Even though I started out my recaps with promise for this season, I’ve quickly lost all of my goodwill. As I’ve written before, I ask seemingly stupid questions during my live-tweets not because I don’t know what’s happening—I know exactly what’s happening when it makes sense. What I’m trying to get at with these questions is why in the world does Fellowes think this makes any sense?! I’m not even trying to be condescending or purposefully mean. I’m literally asking how Julian Fellowes, as a writer, doesn’t understand what proper characterization and buildup is. 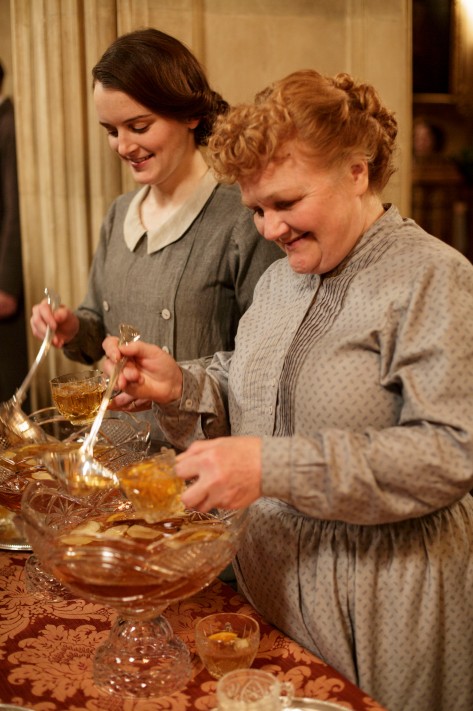 Take for instance, when Lord Sinderby’s mistress popped up, with her son in tow. It’s not out of character for Rose to want to help, but it’s completely out of everyone’s character, including Rose’s to think that hiding this mistress is the most normal thing to do. If this were any other drama, the mistress would have made a delicious spectacle after Rose tried to play her off as a friend. Christmas would be ruined! It’d be a delightful soapy mess. And of course, Lady Sinderby would know; how she couldn’t put two and two together is beyond me.

But alas, the mistress barely got any screentime and was sent packing just as quickly as she came in.  First of all, she’s a meek person to be a mistress. I like for my mistresses to chew scenery and make everyone embarrassed. Second, this is just another plotpoint that’s been brushed under the rug just because Fellowes doesn’t want to deal with it.

We’ve had a history of Fellowes not wanting to deal with plotpoints, like Pamuk, who’s body is still stuck somewhere in the Downton house. We have Matthew, who was killed unceremoniously. Yeah, Dan Stevens wanted to be written out of the show, but Fellowes could have given him the same grace and acting gravitas he gave Jessica Brown Findlay. At the same time, we’ve had plotpoints that just seem to go on forever, like both Bates’ murder plots, Daisy flip-flopping between men, Mary flip-flopping between men, Daisy suddenly becoming a philosopher, and Branson saying he’s going to leave Downton. Don’t even get me started on Edith and her kid. 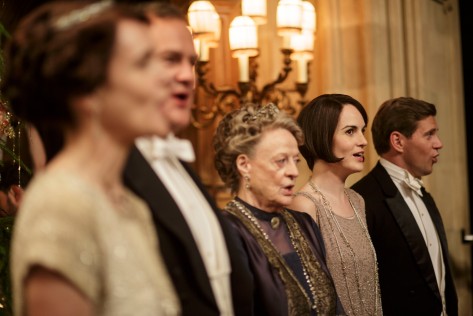 But not wanting to deal with stuff makes things boring. I think Sleepy Hollow proved that pretty effectively—the middle of the season had storylines that were just spinning their wheels (not to mention the sidelining of very important POC characters), and the ratings tanked because of it.

Also, creating storylines that literally make no sense don’t do any favors either. Since when has Carson shown feelings, much less feelings that could be interpreted as romantic love? The most love I’ve seen him show is for the aristocracy and his infatuation with his own oppression in the classist system that is uppercrust Britain. Since when has Carson wanted to marry Mrs. Hughes?! And more importantly, since when did Mrs. Hughes want Carson to ask her to marry him?! If this is all about the house, it could have easily been written as Carson wanting Mrs. Hughes to join him on the deed so she can have a place to retire and a friend to keep her company. Did marriage really need to come into the equation?

AND CAN MARY STOP BEING A COMPLETE BIOTCH TO HER SISTER?! She’s an awful person and I can’t tell if Fellowes is trying to make her unlikable or if he thinks it’s cute to write Mary this way, particularly since people like Branson, who I think would have scolded her in the hands of another writer, chuckles as if she just told a joke. Mary is awful. Why men like her I’ll never understand. 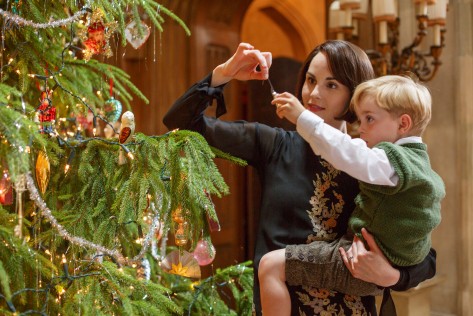 I’m not trying to sound like a snob for writing this particular bit, but  a lot of people love frothy costume dramas, so Downton Abbey gets a pass, I feel. But if I’m speaking honestly, this show is consistently badly written.

So why do I watch it, you ask? I don’t know. I guess I like costume dramas, too. But I also watch thinking that whatever new element they introduce will be handled with some care or attention. I’m consistently proven wrong, though, but still, I watch. I think I mostly watch now because it’s comfortable and feels customary. It’s just what you do on Sunday nights, just like how watching Scandal and How to Get Away with Murder is just what a lot of folks do on Thursday nights. It’s just appointment viewing. That’s really what Downton Abbey skates on. It found it’s niche in that coveted spot and it has been successful at staying there.

Will I watch next season? Right now, I’m waffling. But I probably still will just because it’s a habit now. However, habits can be broken.

Before I completely end the recap though, let me tie up some loose ends I didn’t get to in my ranting.

• Mrs. Crawley decides not to marry Lord Merton even though he would have fought for her in front of his sons. His sons should want their father to find some kind of companion, shouldn’t they? Shouldn’t they want him to be happy? • Princess Kuragin was tired of everyone the moment she stepped through the Dowager’s door. I like her. I still don’t really get why the Dowager thought it pertinent to reunite the princess with the prince, though. Even with the story of how the princess’ rage many years ago saved the Dowager from ruining her life and the lives of her children.

• Branson and Sybbie are finally leaving for America! WHOO! Get away from this family! As far as you can, Branson!

• Everyone’s okay with Edith having a kid, but for some reason, she still doesn’t want Mary to know. Exactly how much could she hold this over Edith’s head? If she said something unkind to Edith after knowing about her dead husband and their child, then she’s beyond cruel; she’d be clinically narcissistic.

• Somehow, Anna’s home from jail. As if jail is that easy to escape from, especially when you’ve got charges of murder and a ill-run justice system that uses stereotypes and misogyny as evidence.

What did you think? Do you feel like me, or do you think I just need to turn off my brain?