There were so many trailers coming out this weekend that it was hard to keep track of everything!

First, let’s just get it out of the way: Batman v Superman: Dawn of Justice. The teaser trailer has been dropped! Get into it.

Personally? I’m waiting to see what else Warner Bros. releases about it. But I can say that I like Batman’s voice. He sounds scary, like he should. I’ve never been a big Superman fan, so we’ll see about him.

We’ve also got the first posters, created for the special IMAX screening of the trailer. They look very pop-arty and cool. I actually wasn’t expecting a pop-art take since the film itself seems to be shot in tones of gray and black. 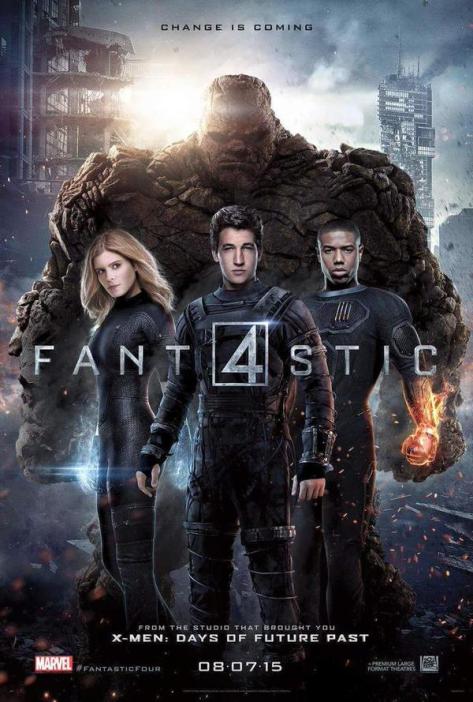 We also got a Terminator Genisys poster and today, we got a new Jurassic World trailer. Both of them are reveal a lot. Too much, I’d say. But, at least in Jurassic World, we do get to see more of BD Wong, Omar Sy, and Brian Tee. Watch carefully, if you dare.

This is from a while ago, but a new teaser for San Andreas, starring Dwayne Johnson, has dropped.

There are some new web series stuffout there. First, there’s the trailer for First Gen:

And Aasif Mandvi’s family sitcom satire, Halal in the Family, is off to a rolling start! Click here to learn more about it.

The trailer for the indie film Dope, featuring A$AP Rocky, Forest Whitaker and Zoe Kravitz, has been released.

Lastly, this is not a poster but it’s a first look at Lupita Nyong’o’s film, Queen of Katwe. Take a look at it at this Tumblr link.

What do you think about these posters and trailers? Give your opinions in the comments section below!