It’s Saturday, and it’s time for some promos, trailers, and posters!

First up is the trailer for indie film Blind Date Rules. An all female-team, including Brie Eley, Angela Bennett and Kim Quan wrote the film, directed by Christine Chen. The film itself has been a Louisiana Film Prize finalist and was produced by an all-female production team. The film itself, which features a diverse cast, tells, as Eley stated to me, the “humorous and relatable story about dating, friendship, the limits you put on love and how quickly those limits are broken.”

The Sundance film 3 1/2 Minutes is now coming to HBO. The film will be retitled 3 1/2 Mintues, Ten Bullets. The documentary takes a look at the life of Jordan Davis, who was killed at a Florida gas station by Michael David Dunn. Dunn is now in prison for his crime. Below is the poster and trailer. Some new clips are also at Shadow and Act.

Donald Glover, Joe Manganiello, and Kevin Nash are part of the second set of posters for Magic Mike XXL:

Vin Diesel stars in The Last Witch Hunter, and you can see what that looks like in this teaser trailer.

The documentary What Happened, Miss Simone is on its way from Netflix. The film will feature interviews, songs and archival footage approved by Simone’s daughter (and the executive producer of this film) Lisa Simone Kelly. The film will come to the service June 26.

Four new posters for Fantastic Four are out! Take a look:

There are first looks at Lana Condor and Sophie Turner as Jubilee and Jean Grey in X-Men Apocalypse:

And some first looks at Will Smith as Deadshot in Suicide Squad:

Will Smith was spotted in costume on the set of #SuicideSquad tonight! See the new photos: http://t.co/97nZHc3E9m pic.twitter.com/3SMbBpbgMB

I like the look of the X-Men Apocalypse first look. Jubilee and Jean Grey look fantastic, and they really couldn’t have picked a better jacket for Jubilee. They both look straight from the ’80s. If there’s one thing this new X-Men franchise has got down (apart from the “spurned lover”-esque relationship between young Prof. X and young Magneto) is their attention to period details. I haven’ watched any of the new X-Men films after X-Men: First Class killed off Darwin FOR ABSOLUTELY NO REASON. I don’t want to say they killed him because he was black, but they killed a character whose main adaptation is to ADAPT TO EVERYTHING! But, I just might watch X-Men Apocalypse to see a young Jubilee mentored under the wing of Wolverine.

ALSO READ:  Julian Reviews: 'Birds Of Prey: And the Fantabulous Emancipation of One Harley Quinn'

Meanwhile, Deadshot looks…interesting. I don’t know what Deadshot looks like in comic book reality, but I feel like he might not look like a character from Super Fly. We’ll keep tabs on this, for sure.

The poster for Dope is out; the film will come to theaters June 12. This looks like a very unique film; if it’s in my area, I’ll try to make it out to see it.

There are also some new posters for the upcoming USA Network show Mr. Robot, starring Rami Malek. The posters are the FCC’s nightmare. DOes the FCC monitor printed things like posters? I don’t know, but I know they probably still frown on how flirty the posters are with curse words. 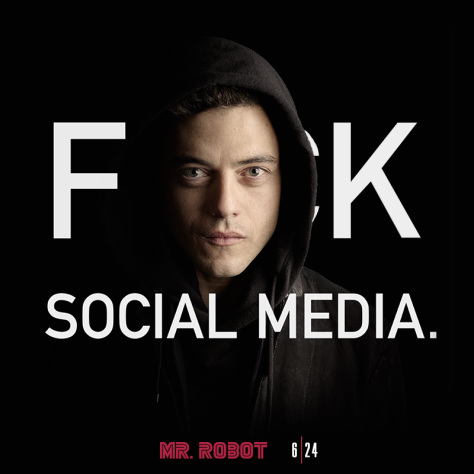 You can view more at Entertainment Weekly.

Finally, but not least, Jada Pinkett Smith’s Fish Mooney makes her glorious return to Gotham with an even edgier look and seemingly an even stronger group of supporters than before. When you thought Fish couldn’t get even more badass, she goes and gets studs in her head. IN HER HEAD! Sadly, Fish will have her final hurrah this season. Cue the petitions to keep her around for Season 2. CinemaBlend’s already thinking of ways she could still be on the show.

What do you think about all of this news? Give your opinions in the comments section below!

Does Daniel Kaluuya Convincingly Portray An African-American Leader In ‘Judas And The Black Messiah’?

Trailer Talk: Maybe Us ’90s Kids Should Shut Up About ‘Mulan’