One of the most popular shows on the web, EastSiders, is back with the first three episodes of its second season. All of the characters are back, some guest stars are also joining the mix, and fans will be able to see what happens next in the complicated love lives of these 30-somethings, connected by the human need to feel desired and fulfilled.

I was happy to speak with Kit Williamson, actor, director, producer and writer of EastSiders, and ask him about the second season, the writing challenges, and what (and who) else fans can expect to see.

You can watch the first three episodes right now on Vimeo On Demand. The last three episodes of the season are on their way. If you want to start from the beginning, you can buy the first season; information about where to buy and more on the show is on the EastSiders site.

How does it feel to have gotten so many accolades for the first season of EastSiders?
It’s really been amazing to see the way the show has been embraced by folks in the webseries community and the mainstream press. I had such humble goals for the show when I put the first two episodes on YouTube, and to see how far it’s come and how it’s been recognized has been a trip for me, a very wonderful roller-coaster.

What can people expect from the rest of EastSiders? With the third episode, we were left at a cliff-hanger. I was like, “Will Thom and Cal keep having threesomes? Will Ian get back with Kathy?” What’s going to happen?

I know that it’s a bit of a cliche, but I think people should expect the unexpected. Any time you think you know what the characters are going to do, they [surprise] you, and that definitely holds true through the final three episodes. Every storyline is going to be explored in-depth and I really want to give all of the characters a satisfying arc because when you’re independently producing content like this, [you don’t know] if a season finale is going to be a series finale. So you just have to play it by ear. You should leave the characters in a satisfying place. 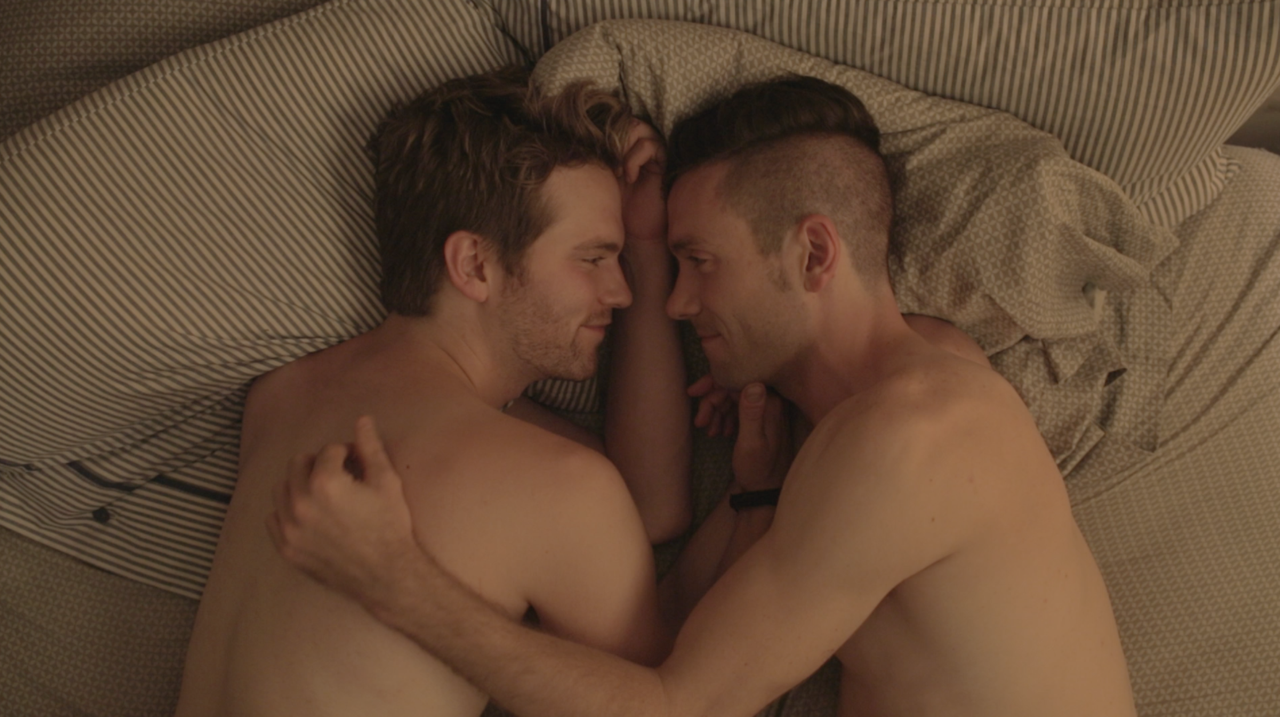 How has the show evolved from the first season?

The second season is much funnier. I think of both seasons as a dark comedy, but there were definitely a lot more wholly dramatic episodes in the first episode, and the second season definitely leads to somewhere comedic a lot more. Although there’s just as much at stake dramatically.

One of the reasons I wanted to explore so many other different kinds of relationships in the second season is because we have the ability to work with so many great actors. I was careful for the show not to be a mouthpiece for any particular viewpoint for or against open relationships, because I don’t think the show has any particular position. I wanted to depict a lot of different kinds of relationships and how they all face challenges and how to overcome those challenges if people are going to stay together.

Everyone from Season 1 is back; how is it to have the gang back together?

It feels great to know that I didn’t alienate anybody in the first season [laughs] and that they all want to come back to the set and continue to explore those characters, because these characters belong to them as much as they belong to me. Something that’s really incredible with web and serialized TV is that the actors own their roles every bit as much as the showrunner does. It’s been amazing to me to see their creativity and how their work involves and how their viewpoint of the character informs the writing.

Speaking of writing, you write, direct, and act in the show. What it like juggling those three responsibilities?

And also produce the show alongside my other executive producer, my fiance John Halbach, and a team of producers that we work with. It’s been incredibly educational for me to juggle many different hats and to be able to learn to get out of my own way and to not be so precious about my work, because there’s nothing that hits home more when you’re acting and that it’s just one cog in a wheel than having to keep the wheel going at all times as the writer/director/producer.

How did you come up with the characters? Did you have people around you that inspired some of those characters? Kathy [played by Fresh Off the Boat‘s Constance Wu], in particular, is someone I feel I know in real life.

Well, Kathy is not Constance Wu, but I definitely wrote it with her in mind, knowing she would hit it out of the park. Most of the characters were written with specific actors in mind, with the exception being Jeremy [Matthew McKelligon] and Thom [Van Hansis], whom I didn’t know before filming. So, at the end of Season 2, I also knew most of the actors who would be playing the roles as I was writing them, or shortly after the first draft, so the subsequent revisions were really tailored to their inner strengths and what I knew they could do.

As far as basing the characters on any actual individual, a lot of character are different amalgamations of people I’ve interacted with throughout my life and some are just wholly out of my imagination. There’s nothing autobiographical in that sense or nothing too directly from life. But definitely excited by it. In the first three episodes, I saw guest appearances from Willam and Hey Queen‘s Johnny McGovern. What other guest stars are lined up for this season?

On the last three episodes, we have Traci Lords reprising her role as Cal’s mom, Valerie. We also have Lennon Parham, the creator of Playing House on TNT, coming into play the gallery owner who seduced Cal in Season 1…we also have David Blue from Stargate: Atlantis returning to his role as David, whom we already saw in one scene from episode 2, and we have Manila Luzon from RuPaul’s Drag Race playing a rival drag queen. Drew Droege, from those “Chloe” viral videos, is also playing a drag queen.

I was reading about the fan response, and I saw how Out Magazine and Towleroad and various other outlets have praised the show and, of course, the fans impatiently waiting for the second season. How is it to have this kind of critical and fan response?

It’s been amazing knowing that people have been waiting for the show and are excited to see it. When you make something, oftentimes, you’re working in a vacuum and you don’t think about the fact that you have to get it out there. To know that there was a audience out there waiting for it was really inspiring and helped us continue to move forward in some of the challenge times in post-production. Making a project of this scale with this budget is very, very challenging. We have less money for six half-hour episodes of our show than for five minutes of a show like Looking on HBO. So, we’re really stretching every dollar. There’s not a single part of the show that isn’t reliant on favors and people’s creative support. 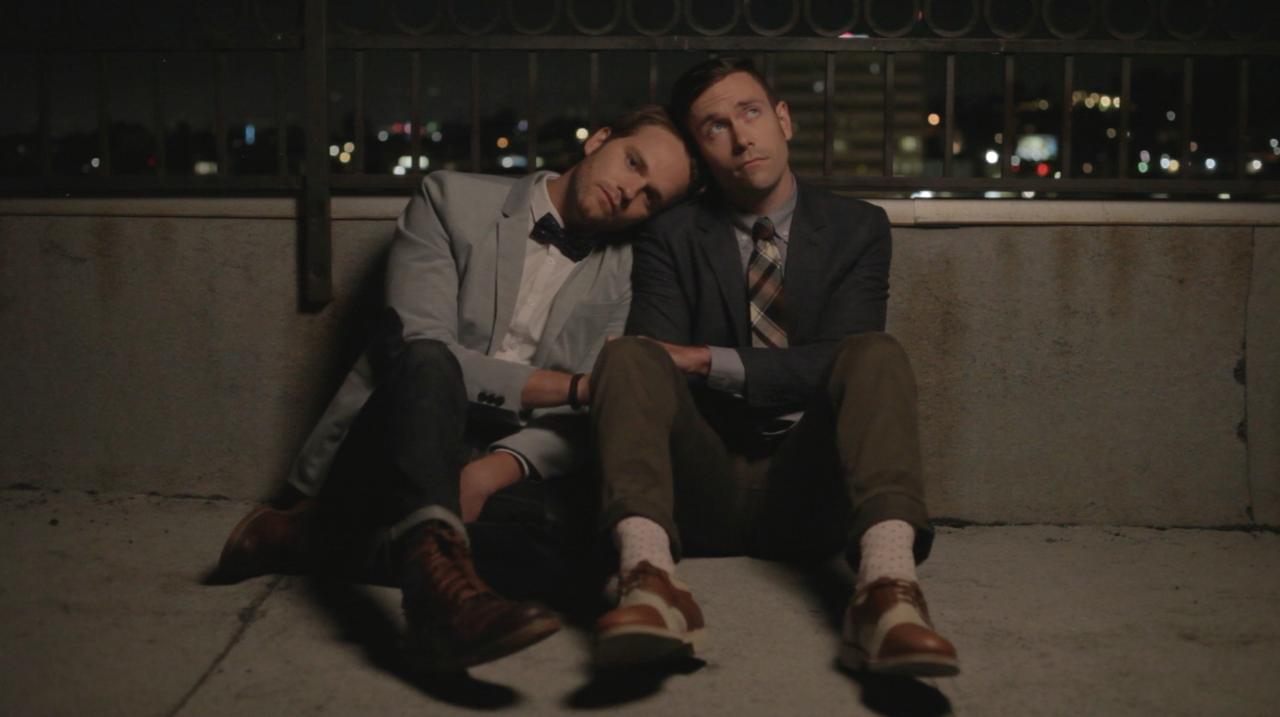 I also read in your recent Towleroad interview that one of the things you worked on this season was the amount of diversity shown this season. How important was it to you show that this season?

It was incredibly important for me to show that becuase we don’t live in a whitewashed world. It’s really important that the world, especially a neighborhood like Silverlake, is represented on screen, and we’re the show that wants to continue to show even more diversity because our friend groups are diverse. Our world is diverse. The world that we see in Hollywood movies, that solely revolves around white cis-gender male characters, is a fiction. That’s not reality. It’s definitely something that I’ve been aware of and I’m wanting to expand the world as much as I could.

Since we have talked about the fans and their support, is there any message to them?

Absolutely. We couldn’t exist without our Kickstarter backers. More than a thousand people demanded more from the show, and I’m so grateful to them because without them, our show literally would not exist.

Last question–since I’ve mentioned Johnny McGovern, I’ve seen most of the episodes of Hey Qween but you haven’t on there yet, right.

I hope so; I’ve been binge-watching Hey Queen, and I’d love to see an episode so I can see who you’d have to talk about in “Look At Huh.”

[laughs] Yeah, I love Johnny, and I think their show is so, so funny.