JUST ADD COLOR has discussed the majesty of Mr. Robot and Into the Badlands and the talents of the shows’ leading men, Rami Malek and Daniel Wu. But don’t think we’ve forgotten another breakout star from 2015. Today’s salute goes to Yasmine Al Massri, who plays Nimah and Raina Amin on ABC’s Quantico.

Why you should focus on Al Massri: Quantico is a groundbreaking show already because it has the first South Asian lead of an American drama, Bollywood/international star Priyanka Chopra. But the show also breaks ground in having a Muslim, Middle Eastern character who isn’t a stereotype. She’s her own person, and her religion is something that is a part of her (like how Christianity is a part of a lot of people in America), but doesn’t define her.

Al Massri portrays two characters that are challenging mainstream viewers how they view Middle Easterners and Muslims. The rhetoric America has been battling for years, but this year in particular, is that Muslims and Middle Easterners are terrorists bent on destroying American values. But Nimah and Raina are characters that fly in the face of that stereotype. They are Muslim, Middle Eastern women who not only love America, but were (spoilers) actively working to stop a terrorist cell from hurting innocents. Of course, because they are hijab-wearing Muslim women, the Quantico recruits (including Chopra’s character Alex Parrish) wrongly believe they are the terrorists (until they’re proven wrong, of course.)

ALSO READ:  Gabrielle Byndloss On The Timeliness Of 'The Falcon And The Winter Soldier' 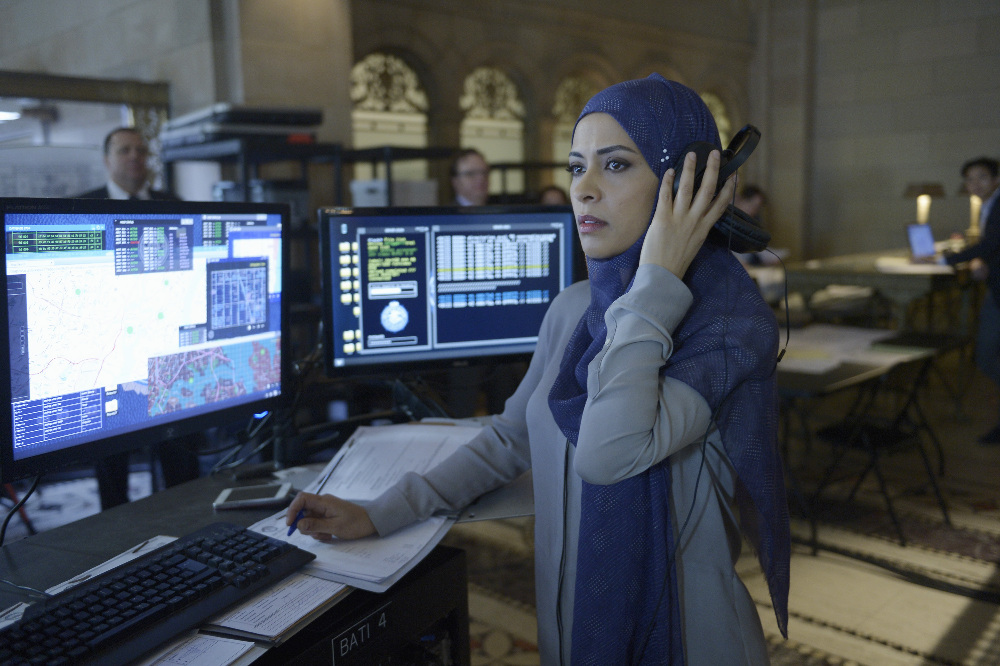 Al Massri discusses the double-standard with TV Guide. “[The twins] think of Alex as one of their own. To have Alex doubt us, it’s out of line. How can you doubt us? We are in this together,” said Al Massri about having Alex, one of the three brown women in the recruit class, doubt Nimah and Raina. “That’s the challlenge of the twins being suspects. I get so may messages from fans now saying, “Yeah, we know the Muslims are gonna be the terrorists like usual.” I’m so happy that people will now see that Nimah and Raina were on an underocver mission that actually serves and protects the United States of America.”

By having Nimah and Raina on television, hopefully audience members start to better humanize Americans of Middle Eastern descent and Muslims within their minds, because scapegoating leads to dire consequences, such as the murders of three North Carolinian students who happened to be Muslim. This event happened three days after Al Massri received her script, according to the New York Times. “And suddenly where I came from made sense,” she told the Times. “To be a veiled Muslim woman on screen is a very scary minefield for me.” But a role like this was a challenge Al Massri was ready to take. “I am a contradiction myself,” she said. “I’m always looking for something that scares me, because when I’m not scared I’m not stimulated.”

What do you think about Al Massri and her roles on Quantico? Give your opinions below!