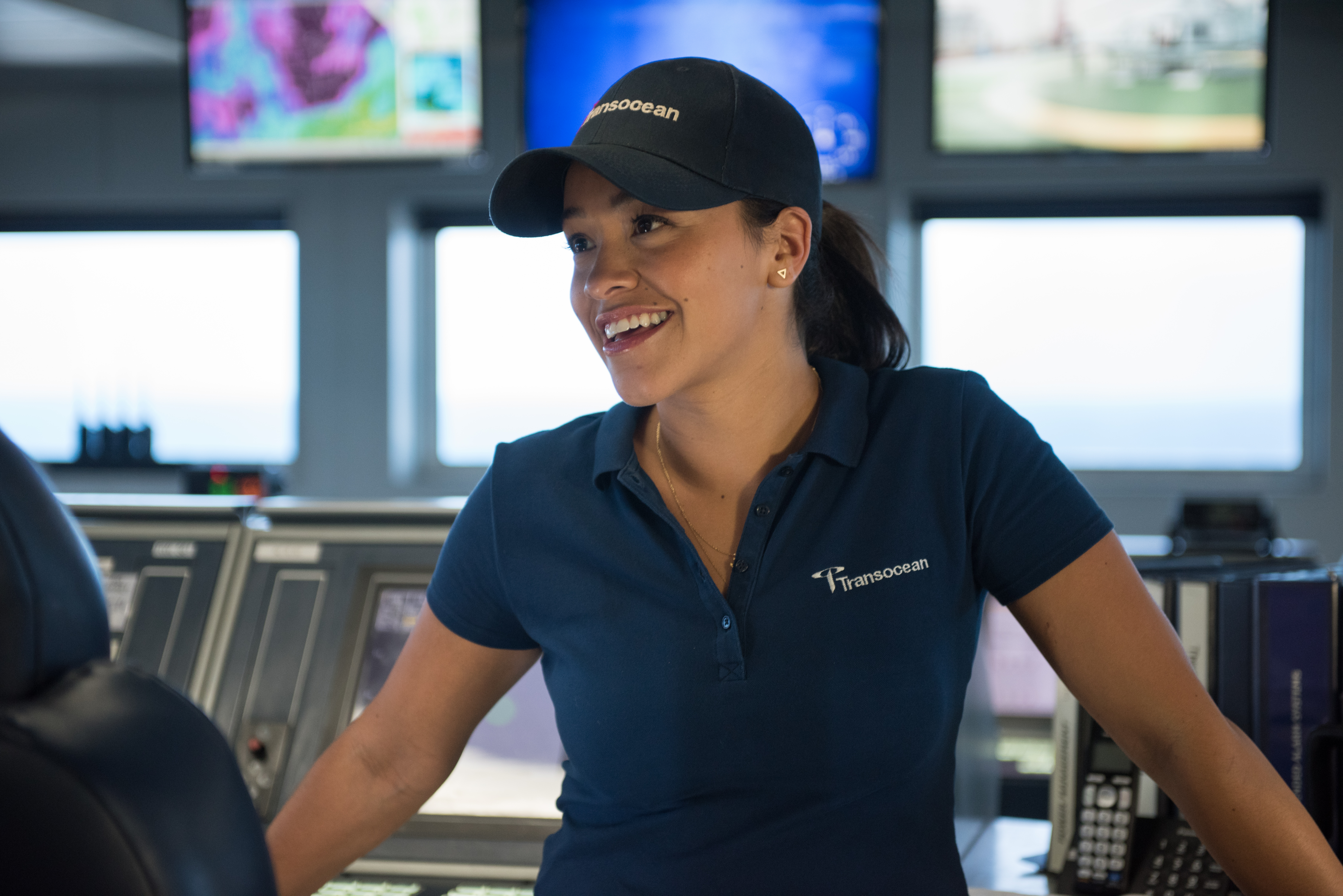 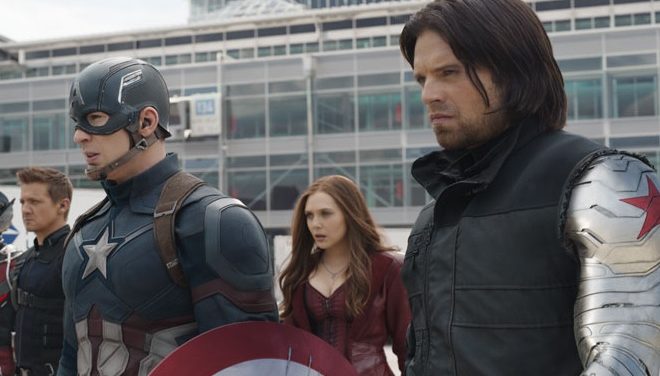 The voices are getting louder and stronger for Hollywood, Disney in particular, to include LGBT characters in their properties.

A few weeks ago, the hashtags #GiveCaptainAmericaABoyfriend and #GiveElsaAGirlfriend trended on Twitter, showing not only how vast the audience is for mainstream LGBT content (unlike what Hollywood studios think), but also the urgency with which this type of content is needed. Around the same time #GiveElsaAGirlfriend trended, GLAAD released its annual Studio Responsibility Index, which found that out of Disney’s 11 properties released in 2015, none of them featured LGBT characters. (Paramount also featured no LGBT characters in its 2015 output.)

GLAAD stated in the report how Disney could rectify their issue, using Star Wars: The Force Awakens (which I think must be a slightly veiled reference to the online movement for Finn and Poe to be in a relationship). To quote GLAAD:

As sci-fi projects have the special opportunity to create unique worlds whose advanced societies can serve as a commentary on our own, the most obvious place where Disney could include LGBT characters is in the upcoming eighth Star Wars film. 2015’s The Force Awakens has introduced a  new and diverse central trio, which allows the creators opportunity to tell fresh stories as they develop their backstory. Recent official novels in the franchise featured lesbian and gay characters that could also be easily written in to the story.

Elsa and Captain America are two other characters that have become part of Disney fans’ stable of coded characters. Many have said that Elsa’s self-acceptance and “coming out” moment regarding her ice powers relates to kids wrestling with their self-identity and the courage it takes to reveal that truth to family and friends. The song “Let It Go”, as the Guardian states, has been adopted as an anthem for LGBT fans. On the Marvel end of Disney, Captain America‘s close friendship with Bucky Barnes has been seen as having gay overtones by many fans, as well as Cap’s immediately close relationship with the Falcon; in fact, Falcon and Cap’s relationship in the comics inspired one fan to write Marvel, moved by how the two characters expressed emotions that, as the comic panel itself explained away, were emotions that were “left unsaid.”

With the tide turning higher and heavier towards Disney finally making a move and acquiescing to marginalized fans’ concerns and wants, I decided to reach out to the hashtag creators who were helping give renewed hope to fans wanting to see LGBT relationships on screen. Below is my email interview with Jessica Salerno, #GiveCaptainAmericaABoyfriend*, who gives more insight into the creation of the hashtag as well as why it’s so important.

“Even when I had nothing, I had Bucky”- Steve Rogers, Marvel’s “Captain America: The Winter Soldier” pic.twitter.com/V0NdkyAEEL

JUST ADD COLOR: Why did you create #GiveCaptainAmericaABoyfriend?

Jessica Salerno: When I created the tag #GiveCaptainAmericaABoyfriend, it was something I definitely wanted to see be translated into the movies because of what it would do for the LGBTQ+ community, and because I myself love the Captain America movies and know many others do too! I had no idea people would actually catch on and help me trend it, but I couldn’t have been happier when they did.

#GiveElsaAGirlfriend has also been making the rounds. What do you think about these two hashtags and the message they represent? In other words, why have the hashtags hit a cord?

Both of these hashtags call for everyone to voice their support for two huge characters in the film industry, on a platform where they can be heard. These tags, once they get trending, show film studios everywhere that people want this representation of the LGBTQ+ community. these tags are both so important because when this many people speak up, they’re going to be heard. Having characters like Elsa and Captain America date the [same] sex would be revolutionary. People want superheroes and princesses to be able to be just like them—to show everyone that you can be a superhero and be bisexual, etc. It normalizes these sexualities and concepts that most of the world still shies away from, and these characters specifically speak out to the youth who view them—teaching them that no matter who they choose to be, they can still be a princess or a hero.

Why do you think Hollywood hasn’t made a prominent, out LGBT superhero or princess?

I think Hollywood hasn’t embraced the idea of a leasing LGBTQ+ character in films like these because they are worried about money. Frankly put, there is a huge amount of homophobia, biphobia, transphobia, etc…worldwide that threaten the net worth of these corporations like Disney. The amount of backlash received from #GiveCaptainAmericaABoyfriend just showed how many people still wrongly deny the LGBTQ+ community. But that’s why Hollywood needs to take these steps to normalize it with the platforms that they have.

How do you think the lack of LGBT characters has affected movie-going audiences?

I think the lack of LGBTQ+ characters in movies has affected the audiences, dwindling the amount of viewers who attend a movie if they know its another movie with an unnecessary heterosexual relationship forced into the mix just to make sure nobody tries shipping the male characters together. People want more representation, and they’re not going to be as willing to see a movie full of heterosexual stuff because that’s what we’ve been seeing for decades and its just not normal or realistic anymore. it hasn’t been for a while, and it needs to be realized.

What message do you hope people take away from your hashtag?

From #GiveCaptainAmericaABoyfriend and from #GiveElsaAGirlfriend I hope people start to realize we can make a difference in the industry through just tweeting support from our phones or computers. I hope people start to realize the lack of LGBTQ+ representation, and I hope they start to support it and this cause. I hope people start to feel hopeful again that change is possible and happening for the LGBTQ+ community and that they see how many people are here to support that. It’s not just those in the community that want this change, and it’s empowering to those in it to see that again. from this tag I really hope people just continue to push for more representation and take a stand, because we can make this happen.

If Captain America was given a boyfriend, who would you choose?

I would love for Captain America’s boyfriend to be his long time friend Bucky Barnes! ♦

*JUST ADD COLOR reached out to Alexis Isabel, the creator of #GiveElsaAGirlfriend. She couldn’t be reached for comment.