Marvel has had a time with inclusiveness in their films. For most of their first two phases, they have failed at it, to be honest. The beginning of their third phase has gotten off to a rocky start with Doctor Strange. However, Marvel seems to be swiftly making up for their errors; first, we had Netflix’s Luke Cage (which has been greenlit for a second season, so hopefully we can get more #ShadyMariah action). We’ve also seen the amazing cast for 2018’s Black Panther. Now, we’ve got the trailer for Spider-Man: Homecoming, and boy does it look refreshing.

Let me count the ways in which Spider-Man: Homecoming might be the turning point for Marvel’s films.

1. It actually looks like the real world. Let’s face it; New York City doesn’t look like Sex and the City. I’d say Law and Order, New York: Undercover and Living Single are the closest things to what New York actually looks and feels like. It’s a high-class town, and it’s also one of the grimiest towns. It’s also full of people of color.

Spider-Man: Homecoming, unlike other Marvel films, actually portrays New York as the diverse melting pot it is. The film also goes one step further and imbues a freshness to the city. Maybe it’s because the film is also in a high school setting and the majority of the cast are young. But this version of New York matches the vibe of the city—fast-paced and full of life.

ALSO READ:  How 'Moonlight' Is The Epitome Of The Pantone Color Of The Year

2. A black girl is the love interest. Laura Harrier’s Liz Allan is “the new top,” (which is what Peter calls her, I think), and I couldn’t be happier. Now, if I’m being honest, we can talk about colorism issues, since there’s no black or biracial girl who’s darker than a paper bag in this movie. But that doesn’t negate the fact that Harrier is the first black love interest in a Marvel movie. That’s both a legendary title (for Harrier) and a shameful one (for Marvel).

How Peter, who seems way out of her league, gets her as his girl is something I’m dying to figure out, because I’m not seeing how Liz would give Peter the time of day. And maybe Zendaya’s character (who is or isn’t Mary Jane) is the one Peter’s actually supposed to be with (a la Clueless). If that’s the case, I hope the racists are extra mad, since either way, Peter ends up with a non-white girlfriend.

3. Marvel finally showcases positive multicultural representation. Jacob Batalon’s character Ned Leeds is a Filipino-American actor hitting the scene in a big way, and what better way to kick off your Hollywood career than in a splashy Marvel movie. The film also showcases the talents of Kenneth Choi, Orange is the New Black‘s Selenis Leyva (shown in the trailer), Hannibal Burress, Garcelle Beauvais, Tony Revolori, Abraham Attah, Donald Glover and many, many others. This is the most diverse cast in Marvel Studios history, which is damning praise, but praise nonetheless.

4. It looks like the Spider-Man movie we’ve always been promised. When the original Spider-Man film starring Tobey Maguire came out, we were happy with it; it seemed cool and the comic book movie genre was still in its infancy. But now, after so many iterations of Spider-Man’s origin story, the film franchise was in danger of dying out just because we were all sick of seeing Uncle Ben die. Thankfully, Marvel had the sense to skip all of that drudgery this time around. Uncle Ben is already dead, Aunt May isn’t a grandma, and we’re following Peter (who actually looks like he should be in high school—sorry, Tobey) as he finds his place within the Avengers, aka The Grown Adults Club. Also, we get some extra Iron Man appearances for our trouble. The film is ready to immerse us in the rest of the stories Spider-Man has for us.

Check out the trailer below and write what you think in the comments section. Spider-Man: Homecoming hits theaters July 7, 2017.

4 Ways To Conquer The Coronavirus Panic 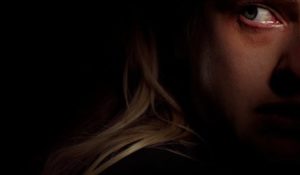 A brief history of invisibility on screen