Universal Fan Con: A Safe Space For ALL of Us 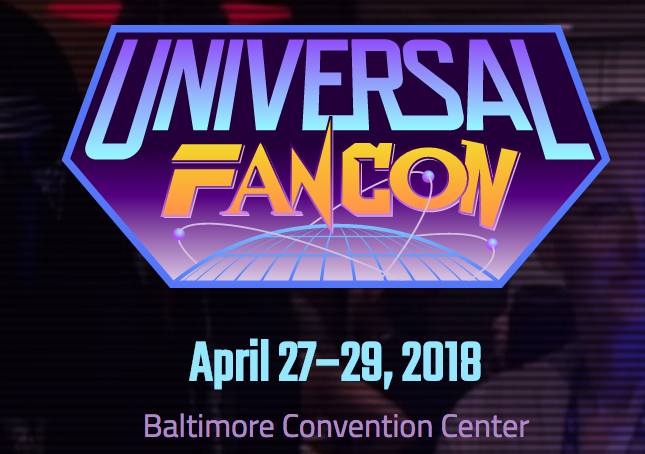 The Black Geeks and Black Girl Nerds have partnered to host Universal Fan Con (UFC), with the mission of taking on the lack of representation in the geek community. The convention is set to take place in Baltimore, MD on April 27, 2018, at the Baltimore Convention Center and focusing on gaming, anime, TV shows, and Movies.  “We are excited to present the very first large scale multi-fandom convention dedicated to inclusion,”  announced the official Twitter of Universal Fan Con.

The core team bringing the con together consists of The Black Geeks, a multimedia company that serves as a source for “edgy and probing original commentary” on sci-fi, fantasy, and other entertainment coverage, and Black Girl Nerds, an online community promoting nerdiness among Black women & people of color. After many years of attending conventions, Robert Butler – CEO of The Black Geeks, and Black Girl Nerds creator, Jamie Broadnax, noticed a lack of diversity in the world of Cons.

“UFC hopes to fill the void of Diversity and give fans the chance to see the geek community through a diverse set of eyes,” said Butler.  UFC aims to be a 24-hour convention; meaning that all day and night there will be a panel or event running. “We felt that the only way to ensure that as many groups as possible were represented, we have to keep it going, ” said Butler.

The UFC team is currently spending hours developing and planning innovative ideas to implement at the upcoming fan conference. One idea being explored includes using geofencing technologies that could lead to shorter waits in line and a seamless check-in process. “The team and I are always looking for ways to incorporate technology into UFC. We want to employ new technology that will make long lines a thing of the past,” said Butler.

Butler, also a disabled Marine vet, hopes to incorporate more tools for geeks with disabilities. UFC expects attendees from every walk of life to leave feeling represented. “It’s incredibly important to the Black Geeks and Black Girl Nerds that everyone, and I mean everyone, feels as though they have a place at this Con,” said Butler.

“We’re redefining what diversity is, and hope you will join us in 2018,” Broadnax expressed.

With over 900 Twitter followers, the buzz around UFC has already begun to explode on Twitter. Many users have shown their support for the convention via the social media site. “This is going to be amazing. I can feel it in my bones,” said one UFC Twitter follower.

In less than 24 hours of the initial Kickstarter launch, UFC raised $2,500 from 55 backers. “Honestly, we did not expect to gain popularity so fast,” said Broadnax. The UFC team hopes to raise $25,000 to assist with some of the costs associated with making UFC the best experience ever for the fans. The UFC Kickstarter offers a variety of levels so that any backer can earn benefits for supporting the convention.

About The Black Geeks

The Black Geeks are a community of people who share a love for geek culture, be it tech, movies, video games, or comics. Our members engage in lively debates and substantive discourse rooted in the fan experience. The Black Geeks provide a space for independent content and in-depth discussion that highlights the good, while simultaneously providing constructive critiques and potential solutions for the bad. For us, nothing is off limits. That means debating the finer points of the MCU one minute and engaging in presidential politics the next.

Our mission is to push boundaries, redefine stereotypes, and move diversity to the frontlines. The Black Geeks are a representation of Geek culture rarely heard from or seen in pop-culture. Our opinions and views are important, and we’re challenging the status quo to engage us and make our voices part of the larger discussion. Geek is a dish best served with many ingredients.

At The Black Geeks we celebrate the unique experiences of people of color, but please don’t let the name fool you, our content is for everyone! So if you’re a geek, and you love everything from comics and movies, to politics and science, we have a place for you at our table, and if you’re feeling both geeky and expressive, we would love to hear from you. There’s always a place for someone like you on our team.

Feel free to write a review, add a comment, create a blog post, share something you like, or just enjoy reading the thoughts of our members and contributors. Whatever you choose, just remember to have fun, share your love of the genre with those who love it too, and let your geek flag fly proudly!

Black Girl Nerds is a place for women of color with various eccentricities to express themselves freely and embrace who they are.  This is not a site exclusively for Black women.  It’s for ALL women who are just as nerdy as we are and the men who love and appreciate us.  I named this site Black Girl Nerds because the concept of Black women as geeky-dorky beings is somewhat of an anomaly.  It’s against the order of things in the “Black Girl” world.  We represent a wide array of diverse women who embrace all cultures and refuse to conform to the status quo.

This community does not have an exclusionary purpose.  The term “Black Girl Nerd” is not intended to be derogatory nor is it racially biased.  It is a term of endearment to all women like me who have been attached to a stigma that is not an accurate representation of my personality or my idiosyncratic behaviors.

This is a website for every nerdy girl that can finally come out of the closet and tell the world that they are PROUD to be who they are—no matter what anyone says, does, or thinks.  This is a place where you can truly be yourself and not be judged by others.  This site welcomes girls of all races, but it was called Black Girl Nerds because it is a term that is so unique and extraordinary, that even Google couldn’t find a crawl for the phrase and its imprint in the world of cyberspace.  The mission is to put an end to that and know that many Black Girl Nerds exist on this planet.

This community encourages other bloggers, web creators, and the like to create niche sites such as this one to spread to the world that being a nerd is a lovely thing.  In fact, being a nerd is a gift and should be highly revered.  It is not often that you will find an unsuccessful nerd.  Therefore be nice to your fellow nerds—you never know, you may be working for them one day.

He Who Remains: A Black Business Owner Or An Anti-Black Traitor? Both, According to Social Media

Kang The Conqueror: The Most Interesting Man In The Multiverse