Another day, another whitewashing controversy in Hollywood, the land that never learns its lesson. This time, erasure controversy surrounds the newest in the X-Men film franchise, X-Men: New Mutants.

According to Comicbook.com via Entertainment Weekly, Brazilian actor Henry Zaga has been reportedly been cast as Sunspot (aka Roberto da Costa), a mutant who absorbs the sun’s energy and uses it to increase his own physical abilities as well as to blast enemies and fly. Zaga, who is best known from Teen Wolf and more recently 13 Reasons Why, might be Brazilian like Sunspot, but he’s not Afro-Brazilian. Enter the controversy.

In a Medium post written by Latinx Geeks, the online community explains why racial identity is so important for a character like Sunspot. His Afro-Latinx identity is a central part of his storyline, including the moment when he discovers his powers.

“Sunspot’s powers first manifested during a soccer game where a rival team member hurled racial insults at him calling Roberto a ‘halfbreed,'” they write.  “This was due to the fact that Roberto’s father, Emmanuel da Costa, is Afro-Brazilian and his mother, Nina da Costa, is a white Brazilian.”

“…Henry Zaga, a white Brazilian actor, being cast to play Roberto da Costa is whitewashing pure and simple,” they wrote. “Sunspot’s Afro-Brazilian identity is directly tied to his very origin and the manifestation of his mutant powers. To deny his race is to deny who he is as a mutant, superhero, and as a person; the son of a black man and a white woman.”

Zaga’s casting speaks to the continued ignorance in Hollywood when it comes to casting characters to correctly reflect their ethnicity and background. Just because Zaga is Brazilian doesn’t mean he’s the correct choice for a role such as Sunspot.

Hollywood tends to either miscast characters completely (such as Scarlett Johansson in Ghost in the Shell) or it takes the “good enough” casting method, such as many of the roles in Memoirs of a Geisha, in which Chinese actresses were playing Japanese roles, or having actors who make a living off of being racially ambiguous play everything from Mexican to Native American. The latter seems to be happening with Zaga and Sunspot. The idea is that Zaga’s Brazilian, so that’s “good enough” for him to play Sunspot. Not accurate.

ALSO READ:  Fund This Project: "The Little Girl, The Ocean and The Moon"

This is not even taking into account the type of privilege Zaga has as a white actor and, as Hollywood would classify him, an “white ethnic” actor. As a white actor, Zaga could audition for–and land– as many leading roles as he wants. As a “white ethnic” actor, he can take not only traditionally white roles, but also those that call for non-white roles as well, such as Sunspot. Another example of this is Zach McGowan, a white actor who, because of his slightly darker “surfer boy” look, has been cast to play native Hawaiian historical figure Ben Kanahele in Ni’ihau.

Once again, fans of beloved characters are waiting on Hollywood to give them accuracy when bringing characters from the page to the screen. Sadly, it seems like Sunspot is yet another casualty of whitewashing.

COVID-19 Is Seriously Affecting LGBTQ Americans. Here’s Why (And How You Can Help) 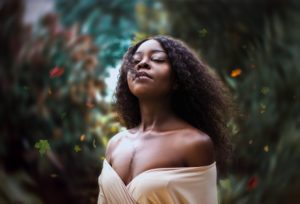 There Is No Time For Doomsday. Promise To Speak Life Instead.