It’s not just O’Reilly and Weinstein: Sexual violence is a ‘global pandemic’ 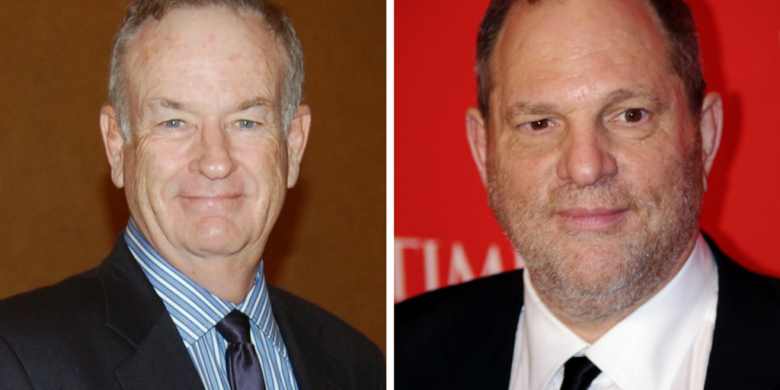 The recent exposure of widespread sexual predation in the American media industry, from Harvey Weinstein to Bill O’Reilly, has elicited shock and sparked debate on violence against women in the United States.

Nor is sexual harassment limited to the United States. The U.N. has called gender-based violence a “global pandemic.” As experts in emergency medicine and legal research at the Harvard Humanitarian Initiative, we believe it’s important to acknowledge that this issue transcends national borders and class boundaries to touch the lives of roughly 33 percent of all women worldwide.

A world of trouble

According to World Health Organization estimates, one in three women worldwide will experience either physical or sexual violence in her lifetime, many of them before the age of 15.

Intimate partner violence is also pervasive globally. In one World Health Organization study, 22 to 25 percent of women surveyed in cities in England, Mexico, Nicaragua, Peru and Zimbabwe reported that a boyfriend or husband had committed some form of sexual violence against them. Globally, up to 55 percent of women murdered are killed by their partners.

ALSO READ:  Fund This Project: "The Little Girl, The Ocean and The Moon"

Rates range from country to country – from 15 percent in Japan to 71 percent in Ethiopia – but violence is, in effect, a ubiquitous female experience.

In these places, even humanitarian workers are not immune. Dyan Mazurana and her colleagues at Tufts University found that many female development-aid staffers in places such as South Sudan, Afghanistan and Haiti had experienced disturbing rates of sexual assault, often perpetrated by their own colleagues.

So what’s driving this pervasive phenomenon? Research reveals that there are multiple causes of sexual violence, among them gender inequality and power differentials between men and women.

For example, sexual violence occurs more frequently in cultures where violence is widely accepted and where beliefs about family honor, sexual purity and male sexual entitlement are strongly held.

Even in many countries that rank well on gender equality, including in the United States, weak legal sanctions against perpetrators of sexual violence can encourage and effectively condone such behavior.

So can cultural acceptance. Weinstein’s sexual predatory behavior was longstanding and well-known within the film industry, yet he was allowed to continue his abuse with impunity – until women began speaking up.

Likewise, Fox News renewed Bill O’Reilly’s contract even after he and the company had made at least six multi-million-dollar settlements with women who filed sexual harassment claims against him. Awareness of a problem is one thing; taking action is quite another.

Men with lower educational levels, or who have been exposed to maltreatment or family violence as children, are more likely to commit sexual violence themselves.

That’s because violence begets violence, a relationship that’s abundantly clear in the kinds of conflict zones where we work. Mass rape has long been used as a weapon of war, and has been well-documented during conflicts in the Democratic Republic of the Congo, Colombia and South Sudan.

ALSO READ:  The Democrats are running more female veterans for office than ever before – but can they win?

Wherever and however it happens, violence against women and girls poses a major public health problem for women and their communities.

Some 42 percent of women who experience intimate partner violence reported an injury
– including bruises, abrasions, cuts, punctures, broken bones and injuries to the ears and eyes – as a consequence of that abuse. Women who suffer violence are also 1.5 times more likely to have sexually transmitted diseases like HIV, syphilis, chlamydia and gonorrhea, twice as likely to experience depression and drinking problems and twice as likely to have an abortion.

Violence against women is also closely associated with suicide and self-harm.

If there’s any silver lining to the Weinstein and O’Reilly scandals, it’s that in coming out against these high-profile men, dozens of women have helped to highlight not just the prevalence of sexual violence in the United States but also the societal norms that silence women and allow abusers to go unchecked.

Humanitarian organizations from the World Health Organization to the U.N. to the U.S. Agency for International Development have recognized that gender-based violence is not just a women’s issue. Addressing it requires working with men and boys, too, to counter the cultures of toxic masculinity that encourage or tolerate sexual violence.

After all, women’s rights are human rights, so sexual violence is everyone’s problem to solve.

The fact is, societies with high rates of sexual violence are also more likely to be violent and unstable. Research shows that the best predictor of a state’s peacefulness is how well its women are treated.

This article was originally published on The Conversation. Read the original article.

10 Films That Capture The Pain, Pleasure And Fear Of Election Season 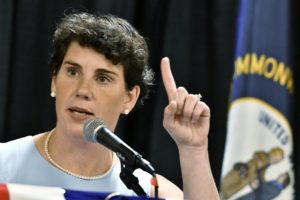 The Democrats are running more female veterans for office than ever before – but can they win?