Crazy Rich Asians is promising audiences the most expensive looking film of 2018! (Well, one of them, if Black Panther has anything to say about that.) Most definitely, we will see tons of fashions, tons of labels, and tons of money. But can you, the plebeian, have the Crazy Rich Asians clothes? Yeah…but you still might have to take out a bank loan for some of these. But yes, you can live the Crazy Rich Asians life. Check out these fashion selections as shown in the exclusive Entertainment Weekly first look photos and see what you think. 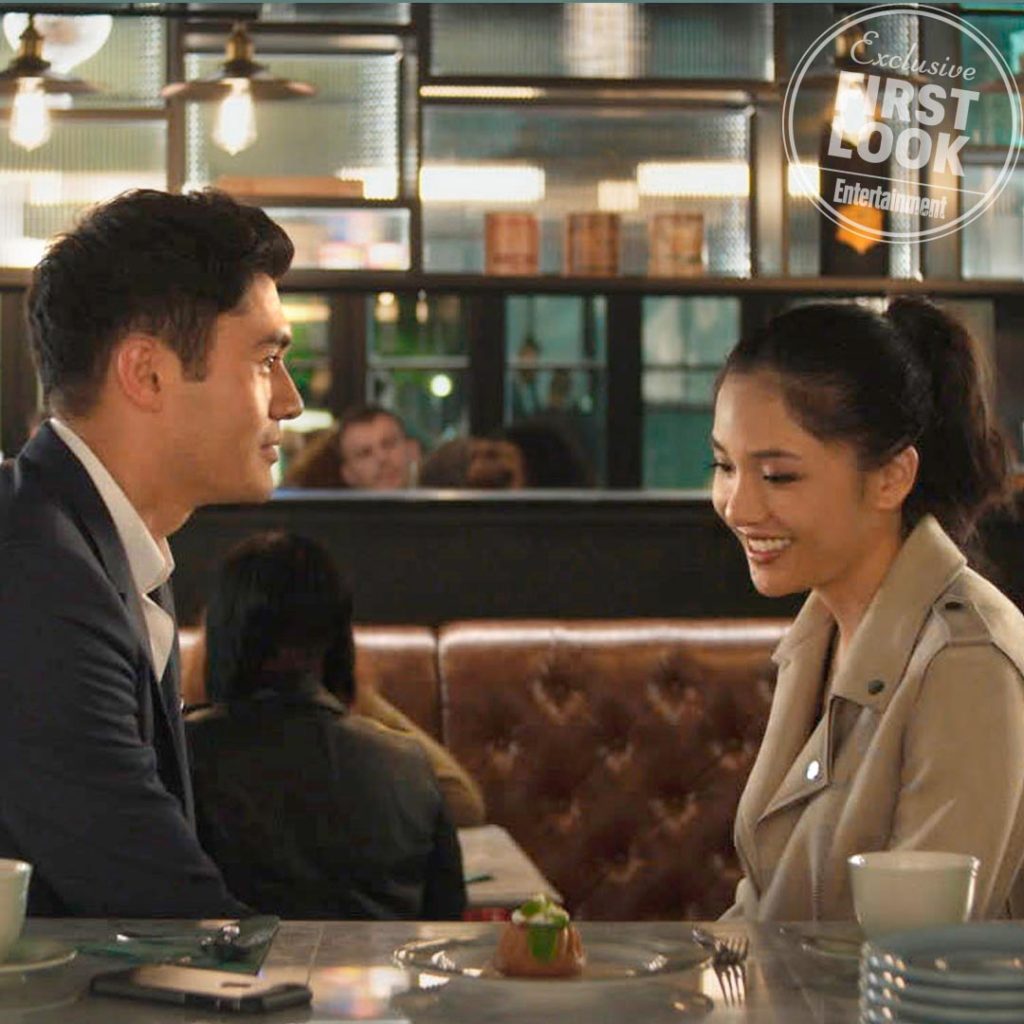 None of us have seen Crazy Rich Asians yet, but we already know what this scene is about, right? Everything about it says “New York City Romantic Comedy Meet-Cute.” All of our dreams–living a fabu life in New York, dating a wealthy man (this wealthy man, Nick Young, played by Henry Golding), eating ritzy food in an expensive restaurant–have come true in this one scene. Also a dream: a great trench coat.

This belted trench coat from ASOS carries the urban elegance that I feel best reflects this particular scene in Crazy Rich Asians. This coat has a bit more drape than the coat in the image, but it has that monied, yet lived-in look that I feel is best suited to getting your “I’m a normal girl in a rich fantasy” lifestyle on. 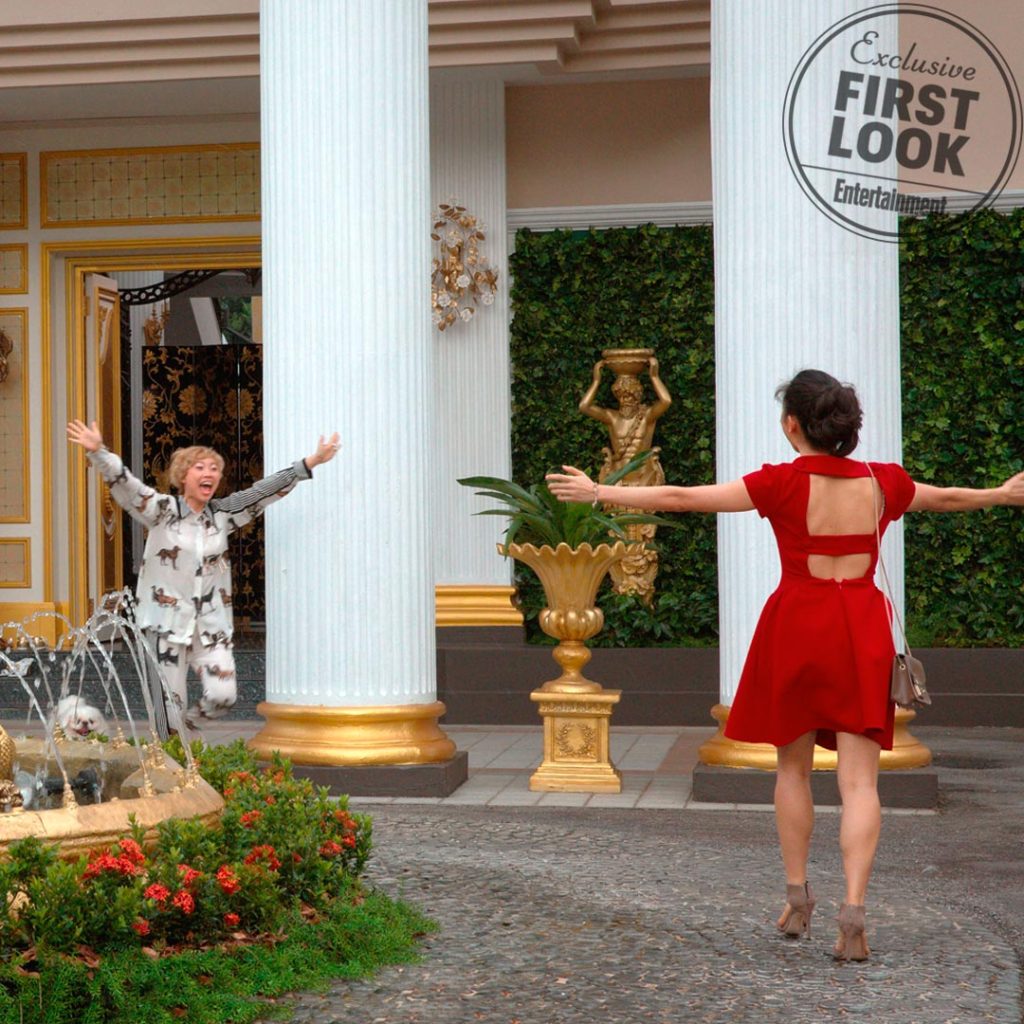 You too can have some awesome silk pajamas, and for a fraction of a fraction of the price of Peik Lin’s expensive pajama set. These from Dillard’s, made by PJ Salvage, have dogs in kerchiefs and cowboy hats, making this set adorable, eccentric, and fun. 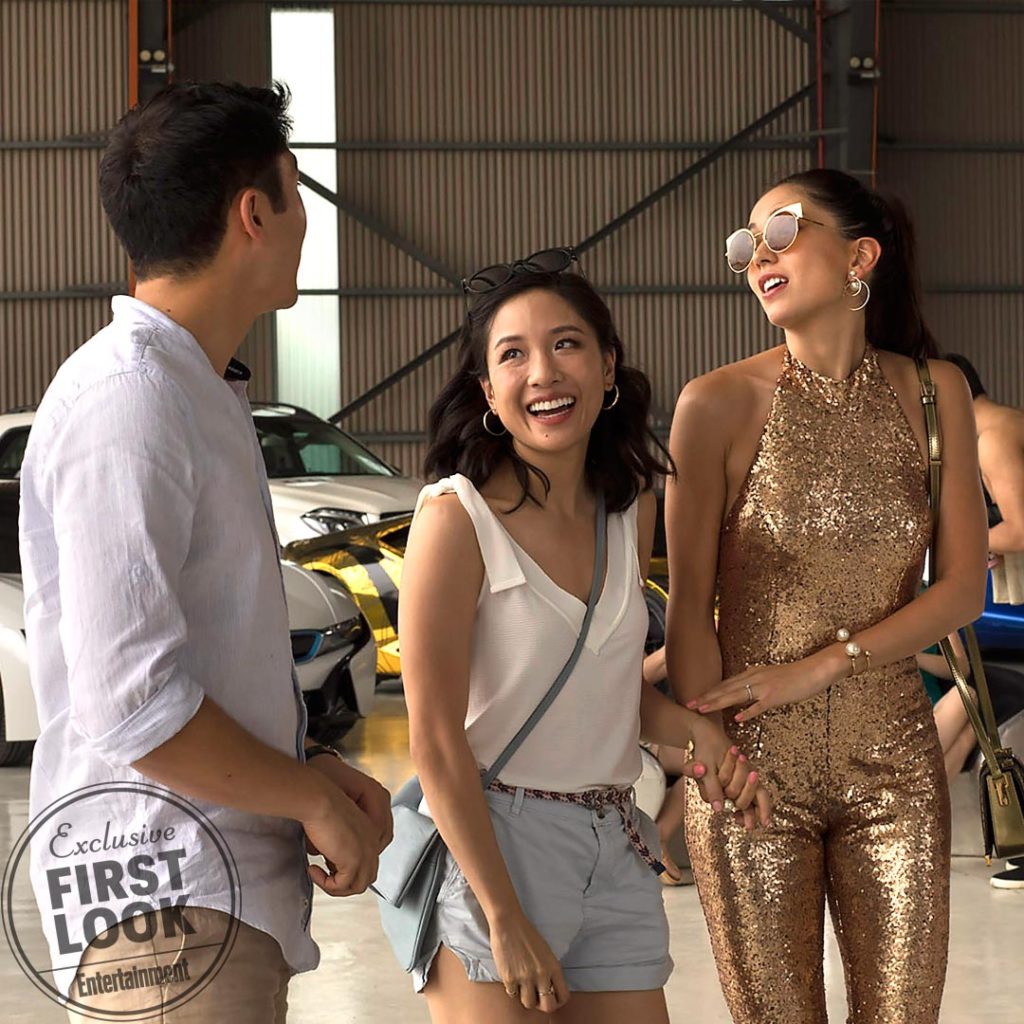 Sonoya Mizuno plays Araminta Lee, the fiancee of Nick’s very rich friend (in case you hadn’t caught on yet, everyone’s loaded in this film, including Rachel, although she doesn’t know it yet until the sequel, China Rich Girlfriend). Unlike Nick, who doesn’t flaunt his wealth, and Peik Lin, who is just a shopaholic but otherwise nice person, Araminta looks like she drips money and loves to flaunt it. Why else would she wear a party-ready gold sequin jumpsuit in the daytime?

This jumpsuit from PrettyLittleThing evokes Araminta’s luxe lifestyle. The black stripes also heighten the expensive look of this jumpsuit. 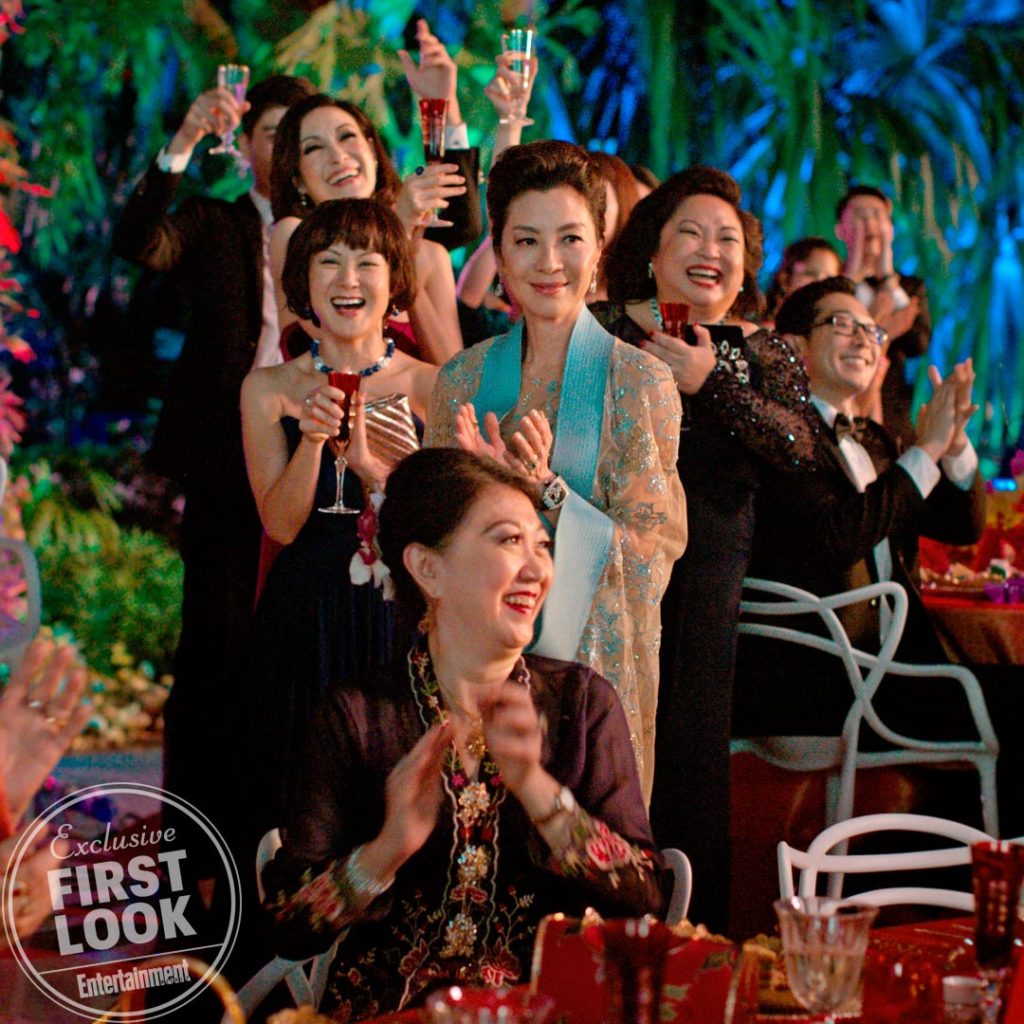 Nick’s mother Eleanor Young (Michelle Yeoh) also looks like she loves being monied, doesn’t she? Her nude and teal-beaded jacket and dress (I think) combo gives off old money and class. What it doesn’t show is how she’s uppity–throughout the book, Eleanor has a chip on her shoulder about how Rachel is just middle class. 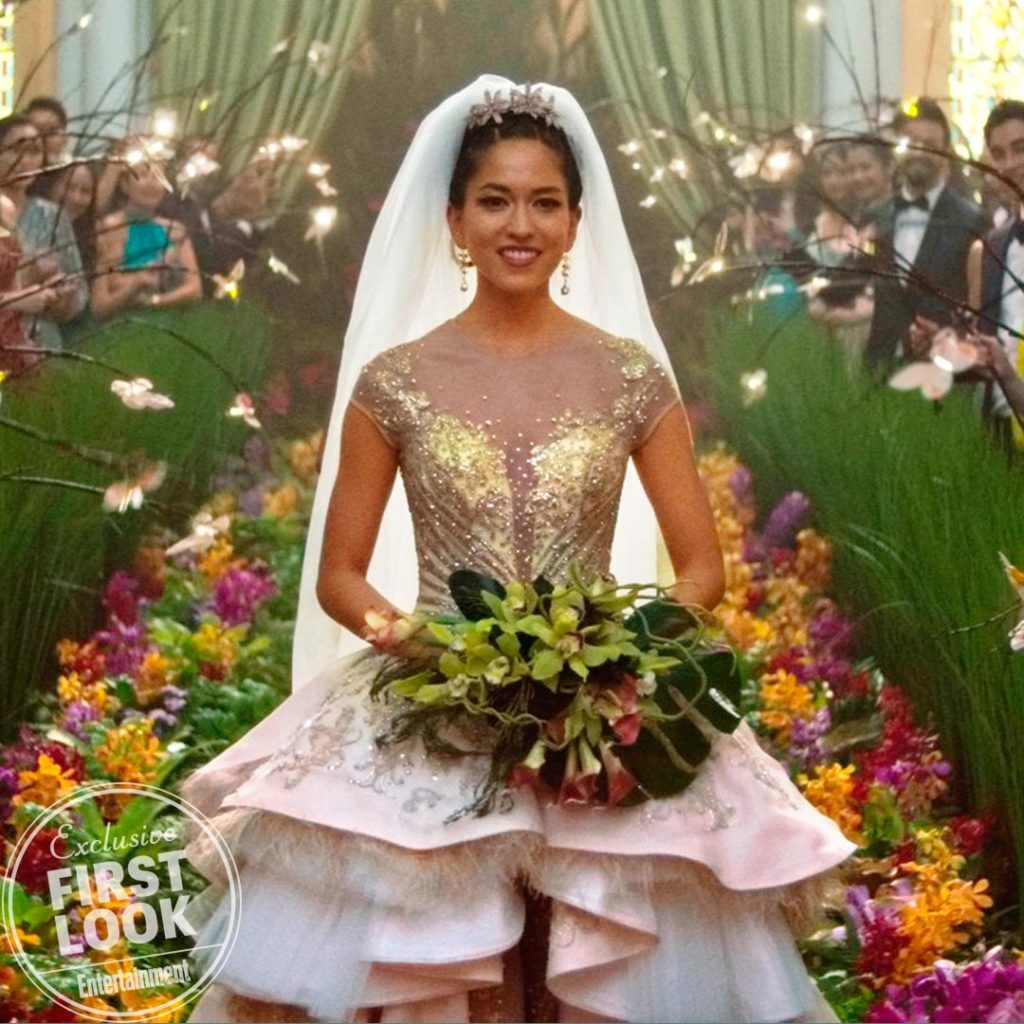 Araminta’s wedding dress is all bespoke–from last I checked, it’s supposed to be bespoke Valentino. It’d have to be to have feathers, a high-low ruffle skirt, gold, pastel pink, beading, and nude illusion all in one dress.

However, I was able to find a dress that would mimic the expensive, fantasy wedding feeling you get from Crazy Rich Asians that you can buy…if you save up beacoup money for it. From what I hear, folks who are in the market for a Kleinfeld dress spend at least $3000, so this dress from Lazaro is within the ballpark (as you know, the sky’s the limit for wedding dress prices).

This particular dress has the gold beading, pastel pink, nude illusion bust and ruffles, much of what’s in play with the bespoke dress. You can have Araminta’s look, after all!

What do you think about the fashion in Crazy Rich Asians? Give your opinions below!