Archie and the Riverdale gang are headed to India in a live action movie!

Archie Comics has been hugely popular in India for years, so it actually makes tons of sense that Archie Comics would continue its risk-taking formula and bring Archie and the gang to a live-action movie!

According to a press release from Archie Comics, the company is partnering with one of India’s biggest character entertainment companies, Graphic India, to create a live-action Bollywood-style film featuring an all Indian cast!

Note that the press release specifically states “Bollywood-style.” Because of that description, I’m guessing it’s not going to be a Bollywood film outright. But maybe it actually will be, I don’t know. What I do know is that the film will be “the first international comic to be translated for Indian screens,” and the companies have begun working on a screenplay “that will surely resonate with longtime Archie fans in India and beyond.”

Archie Comics CEO Jon Goldwater sounds beyond ready to get the show on the road. “We are supremely excited to partner with the great team at Graphic India to bring Archie and his friends to Bollywood,” he wrote. “Archie’s lasting and growing presence in India made this move the logical next step as our stellar library of characters continues to expand into other media. It’s a major moment for Archie and its fans around the world.”

“Archie, Betty, Veronica and Jughead have been a source of inspiration for numerous Bollywood films over the years, and now it’s time to take them fully into Bollywood in an exciting new twist of a story that we have planned,” added Graphic India Co-Founder and CEO Sharad Devarajan. “These characters have held a special place in the hearts of Indians for decades and we have no doubt that the new Indian cast of Archie and the gang will be an exciting moment for the country.”

The first teaser image has already been released; an illustration featuring the characters silhouetted against a backdrop of a bustling city. 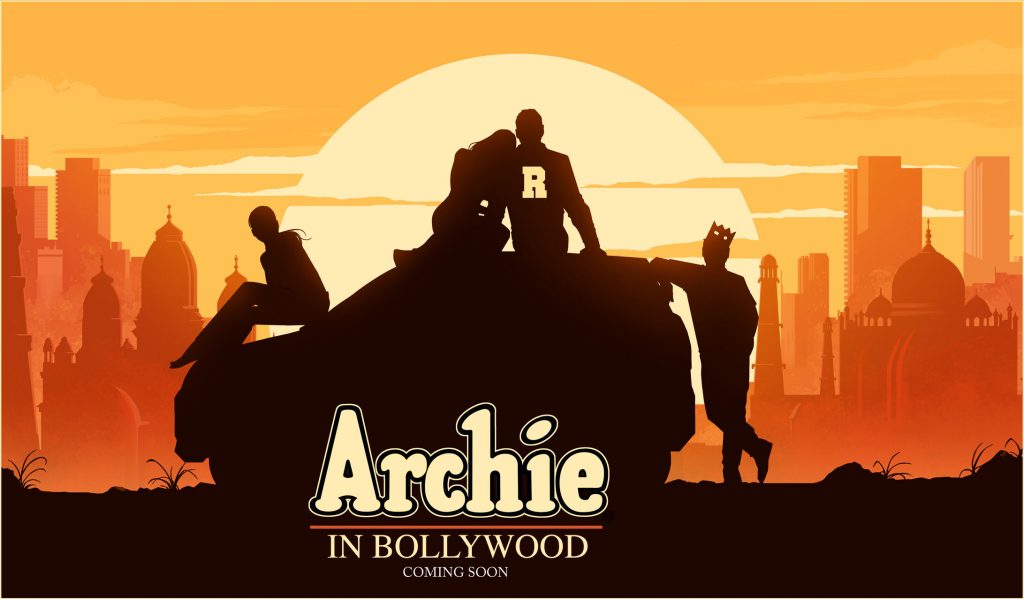