I’ve written about “Black Panther” all over the web!

A few weeks ago, I was knee-deep in Wakanda. As many of you know, I write about pop culture for various websites, so with Black Panther on the horizon, I was in heavy demand. If you wondered why I haven’t had an official Black Panther review on JUST ADD COLOR, that’s the reason why. But I didn’t want to leave you guys in a lurch and try to track down everywhere I’ve written about Black Panther. Here are all articles I’ve written featuring Black Panther discourse! 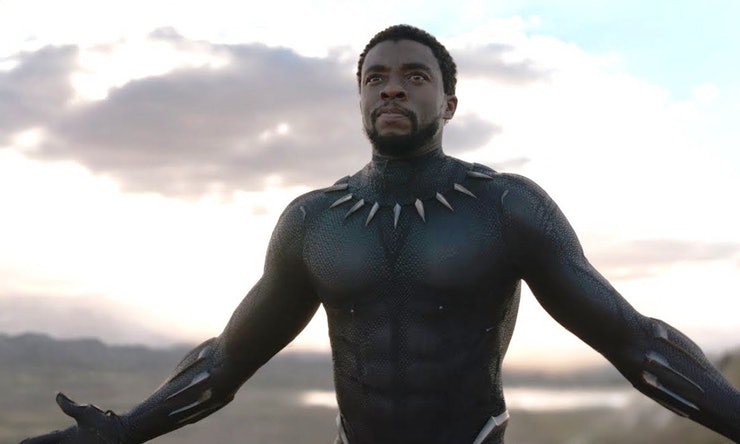 “Reducing a country’s value down to stereotypes is obviously wrong, but, while it’s important to understand the various contributions Africa and ‘sh*thole’ countries like Haiti have made to the world, it’s also imperative to know that a nation’s value isn’t in what type of goods it can produce or what type of global market share it can grab. A nation’s value is in its people. Every person, regardless of their birth country, has the potential to make the world great, and good leadership is recognizing this and giving immigrants who have chosen to live in a country a shot to live out their dreams. Unfortunately, as we’ve seen in America, this isn’t always the case.

In Black Panther, Wakanda uses the West’s racism to its advantage. For much of its modern history, the nation has been a technologically advanced, highly educated, rich nation. But the government knows that if other countries knew this, Wakanda would be breached and exploited in a matter of days. Their cultures wouldn’t be protected, their Vibranium supply would be short, and all of their technological resources would be co-opted by nations under the guise of “allyship.” So instead of showing off its abilities, the country assumes the stereotype of Africa that the West — particularly America — expects it to be.”

Slashfilm|Why African American Audiences Are So Connected to ‘Black Panther’

“You don’t need me to tell you that Marvel has been lopsided in terms of its racial representation. In fact, calling it “lopsided” is being kind. Except for Black Panther, all of the superheroes who have led feature films in the MCU have been white men.

The issue gets compounded when Marvel seems like it’s more committed to showcase people of color and women in secondary or background roles. While Nick Fury is the glue that holds the MCU together, he’s still a character that toggles between secondary and tertiary status. The more popular black superheroes, like War Machine and Falcon, are, indeed, cool. But they are also still second to their white friends, Iron Man and Captain America. They back up the white superheroes, sometimes act as their conscience, and are utilized as a soundboard for their ideas. In short, these black superheroes do a lot of emotional legwork for their friends, while the script doesn’t often write the white superheroes reciprocating much of that emotional labor back.

What’s unfortunate is how used we all are to this. It’s normal for black audiences to just hope a black character gets enough screentime and doesn’t die at the end, the latter of which was a real fear I had going into Captain America: Civil War. After all, War Machine’s paralyzing crash was heavily marketed for emotional exploitation. We are used to seeing ourselves as the “friend,” the “sidekick,” that character that is important enough to be in the top billing, but still not important enough to carry the film. After years and years of this, the anger and sadness of this reality dissipates into resignation, because it’s too tiring to be angry forever.” 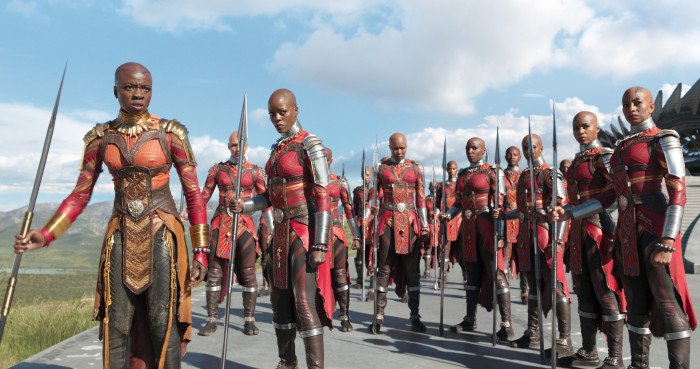 “The film could have easily focused on the men of Wakanda, but instead, the women are given the forefront. They are the warriors, the technological minds, and the shapers of a country. While T’Challa is the king, the women around him are just as in control of Wakanda as he is.

T’Challa himself is a break from the traditional Marvel hero. Other Marvel films feature heroes who only relate to women in romantic terms, thereby flattening the types of relationships they could have with female characters. The woman herself is also flattened into a stereotype; instead of being a well-rounded character, she’s just an object that does emotional labor for the hero. However, T’Challa has complex relationships with every woman in his life. He’s not intimidated by female prowess; in fact, he welcomes the presence of strong women in his life, from his Dora Milaje bodyguards and his spy girlfriend Nakia (Lupita Nyong’o) to his mother Ramonda (Angela Bassett) and his and overprotective little sister Shuri (Letitia Wright). Even half of his royal counsel are women. Aside from Captain America, T’Challa is the only other Marvel superhero who truly views women without bias. He sees them as true equals, which is so refreshing.”

“The specificity of Killmonger’s anger and the feelings that propel him towards his goals remind me that a film like this might not exist in such a powerful way if it wasn’t in the hands of a black director.

Would a white director, or a director of another race, write black characters in the staid, Hollywood way we’re used to? Would Black Panther be less of a cautious, caring leader and more of an African prince stereotype? Would the Dora Milaje be reduced to sexuality, or would their femininity be erased entirely, thus perpetuating the stereotype of unattractive, “manly” black women? Would we have gotten the transcendent message of pan-African unity and spiritual healing? Who knows. All that comes to my mind is someone like Quentin Tarantino taking this project and keeping the characters to their proto-blaxploitation roots. While we might like the result, we wouldn’t be moved by it. I certainly wouldn’t be trying to tap into my African culinary roots because of it, or digging deeper into my Ancestry DNA results the way I am now. I would have felt as I did after watching Tarantino’s Django Unchained (2012)—I’d think, “The film’s got some interesting things to say,” and move on.

This leads me to wonder exactly how much we as a society (especially black society) have been short-changed of meaningful, thought-provoking characters, all because studios didn’t trust black directors, black producers and black writers.” 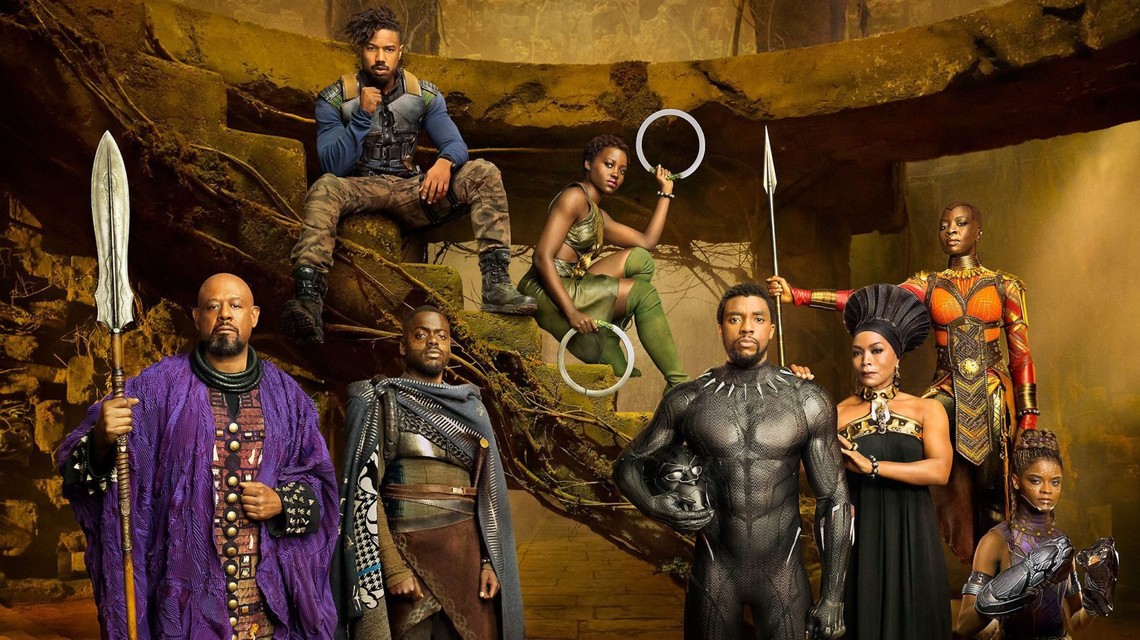 “The release of Black Panther: The Album, turns my mind towards the other Marvel soundtracks released throughout the MCU’s first ten years. If we’re speaking honestly, Marvel tends to play it safe with its soundtracks, which means they are rarely unique. An abundance of focus on Hans Zimmer-esque brass and typical blockbuster cues have created too many soundtracks that are just serviceable to the action instead of iconic scores.

But there are six (6) Marvel soundtracks that come through as both amazing vehicles for Marvel’s films and proper pieces of music in their own right. Compared to the level Black Panther: The Album has raised the bar for Marvel music, how do the best Marvel soundtracks rank? Here’s my order.”