The Hollywood Reporter released an op-ed lamenting the supposed crash-and-burn of Jennifer Lawrence’s career since her latest films, Mother and Red Sparrow, are flops. ”

As I’ve written before, I actually don’t like writing about other writers’ opinions on movies and movie stars, since everyone’s entitled to their own opinion. With that said, it’s interesting to read columnist Stephen Galloway’s take on what separates “actors” from, as he puts it, “real stars.”

“Most ‘stars’ aren’t stars; they’re really actors, comfortable slipping into other people’s skins, with hard-to-seize personalities, and ideas and emotions that change with their moods and the times. Every now and again they land the kind of role that defines them, and then get mistaken for the character they’ve played, often to their surprise as much as anyone else’s. Because the person they’re playing isn’t them,” he wrote. “…Real stars, like Lawrence, are different. They may happen to be good actors (increasingly, we want our real stars to be able to act), but that’s not their essential ingredient. Through some mysterious alchemy that not one’s ever quite explained, they allow us to identify in a heightened way with a complete stranger; they allow us to see the world more intimately and empathetically than we ever would on our own.”

It’s confusing as to what the exact difference is between an actor and a star and how Lawrence is somehow above the fray of mere actorhood. Galloway goes on to say how Lawrence lets us understand how others live (as if she’s the only actor to do this for an audience).

“Just as great stars somehow merge their personalities with the roles they play, they allow us to merge our personalities with theirs. That identification expands our thinking, our understanding, our view of life itself. Watching Lawrence play a woman with mental health issues in Silver Linings Playbook puts us in the heart and soul of a woman battling that sort of illness, just as watching Al Pacino become The Godfather helps us understand how power corrupts and absolute power corrupts absolutely.”

As a quick aside here: I’ve seen Silver Linings Playbook, and I saw it when I was under duress, battling a hardcore bout of homesickness and depression. In fact, I’ve been depressed and have battled Pure OCD for most of my life, so I understand what mental illness is like. With my firsthand knowledge, I personally didn’t get any truth from Lawrence’s performance. All I got was a woman screaming incoherently half of the time, and whispering the other half. For me, her performance was of someone who has never had mental illness giving their version of what they think mental illness presents itself as. Just ’cause you’re mentally ill doesn’t mean you’re shouting all of the time or acting irrationally in a “manic pixie dream girl” fashion. A lot of the time, you’re like me, writing on a computer, thinking to yourself about stuff (i.e. acting outwardly like a “normal” person).

I’ve seen Lawrence during her rise to It Girl status in 2012 and 2013, and how she has tried to keep that persona while getting trapped in it (as Buzzfeed’s Anne Helen Petersen so expertly broke down). I’ve seen her not as relatable, but as loud, brash, and unaware of her inherent privileges and how she benefits from Hollywood’s racial leverage, usually disguised and thought of by white actors as “lucky breaks.” I’ve seen her as selling herself as a hashtag-“feminist” stereotype who has only average at acting.

To that end, I’m left wondering why Galloway laments about Lawrence’s career in this way:

“If a star as bright and brilliant as Lawrence can’t sell tickets, who can?”

In the same breath of his lament, he dismisses the selling power of Hollywood superstar Dwayne Johnson, somehow still unconvinced the man once known as “The Rock” has the X-factor, despite the fact that Johnson has been making major bank for over a decade now and continues to land project after project, propelling them (even the really awful ones) to success solely through his charm and charisma. No one saw San Andreas and Baywatch because of the stellar script or even the acting; people saw it because they smell what The Rock is cooking. The same will go for Rampage.

I’d say if The Rock can’t sell tickets, then who can? If The Rock runs aground, then it’s time to start worrying about the power of charisma in Hollywood. But even that sentiment is missing the point of the article. What I’m reading form this opinion piece is that if we can’t identify with a white actress, then who can we identify with? Lawrence is not the first person to make us identify with characters outside of our realm of understanding, and she won’t be the last. She’s also not the first actress to make major bank at the box office, but she’s been one of the few with the most exposure. The real question might be: If audiences aren’t willing to pay the bucks to watch a film with Lawrence in it, doesn’t that speak in part more towards changing consumer tastes? And if consumer tastes are changing, then who do they want to see in the starring roles?

As you know, I’m a proponent of showcasing more women of color in leading roles, and it’s just my opinion that maybe some of the reason Lawrence is failing to garner audiences is because the audience has now gotten a taste of what inclusivity can look like. Not only does it make studios more money on average, but it also gives underserved audience members a chance to see someone who looks like them on screen. To be clear, inclusivity isn’t the only reason Lawrence’s brand is currently waning; the films she have been in recently have been lackluster, and that’s not on her. But her brand, which is unfortunately steeped in the mystique of white feminism, is old. As an actress, she’s picking what should be interesting projects, but they somehow fall apart. As a celebrity, she’s in the vein of Taylor Swift, who is good for her base, but her message has lost touch with the changing market.

I’ve got a couple of actresses here that people do want to see more of, and their films’ box office grosses prove it. They are also actresses of color, and their ability to hold down and even propel their films show how much Hollywood should give them more chances to shine instead of lamenting over Lawrence’s still cushy fate.

Some of the actresses listed are headliners in their own films while others were secondary or part of an overall cast. I still listed them because of their ability to 1) connect with audiences 2) bolster their characters, cast, and film into something more than it could have been thanks to their talents. Some of the films listed aren’t as successful as others, like Annihilation, but I feel like even in films that haven’t done well, the actresses in these roles still managed to captivate their audience and leave them with the impression that the actress could hold down her own film if given the chance. 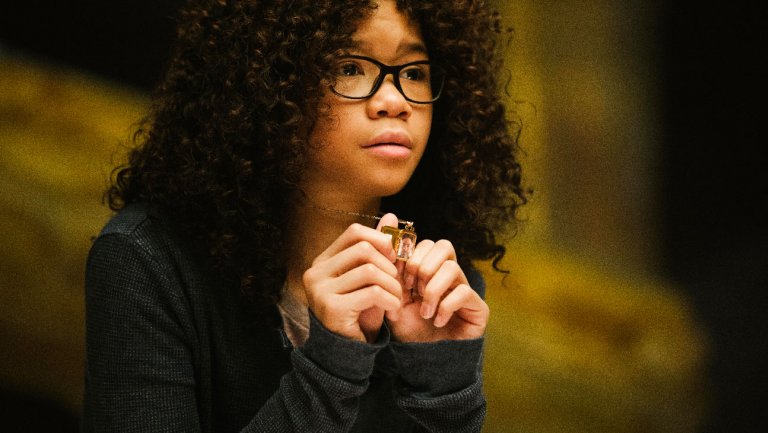 Praise for A Reid:

“Reid imbues Meg’s literal and metaphorical embrace of her dad with a level of raw heartbreak and tearful happiness that’s unexpected in a big-budget blockbuster like this. Moments like that reunion are what stand out amidst the grand, colorful, CGI-laden events of Wrinkle; so much of what makes the film work is its sincerely emotional presentation of a girl on the cusp of adulthood grappling with loss and confusion at what kind of person she wants to be.”–Josh Spiegel, The Hollywood Reporter 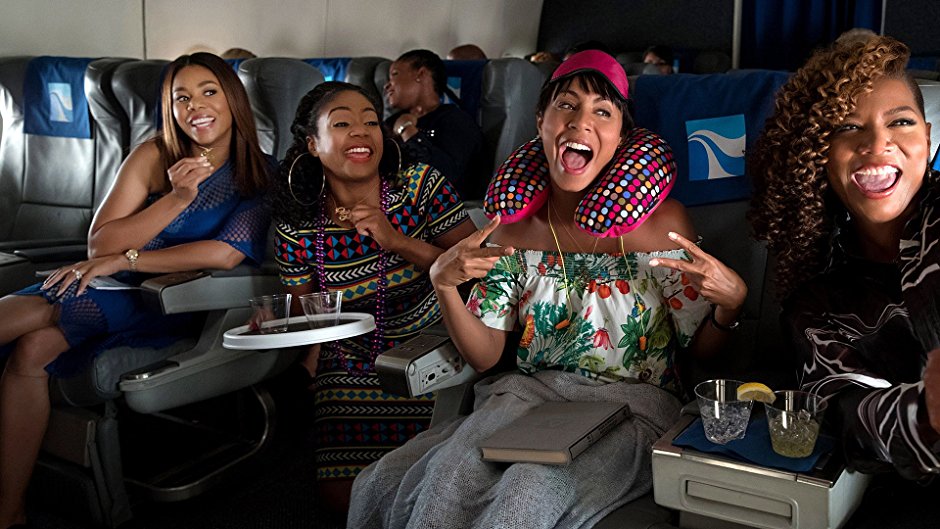 Praise for the Girls’ Trip cast:

“[Tiffany] Haddish is a genius technician of physical comedy, at once subtle and gigantic.” —Doreen St. Felix, New Yorker 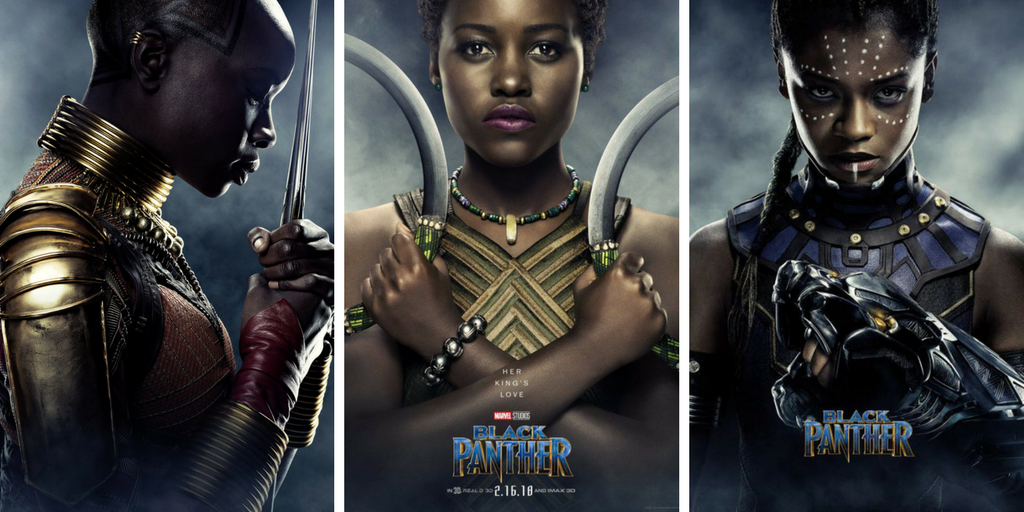 Praise for the Black Panther cast:

Black Panther’s female cast shames the rest of the MCU, and hopefully because of this, Marvel will endeavor to create better roles for women going forward.–Monique Jones (ME!), SlashFilm 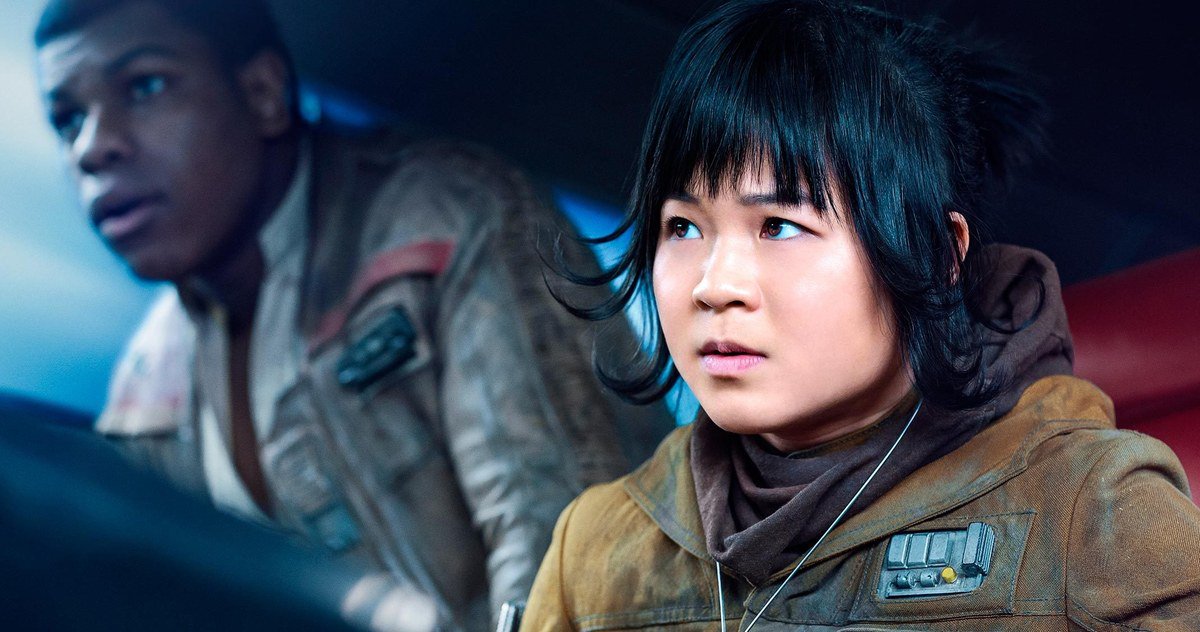 “Kelly Marie Tran’s Rose Tico [is] easily the most exciting addition to the franchise…She plays Rose with an effusiveness that doesn’t surmount her resolve or her sorrow.”–Esther Zuckerman, Marie Claire 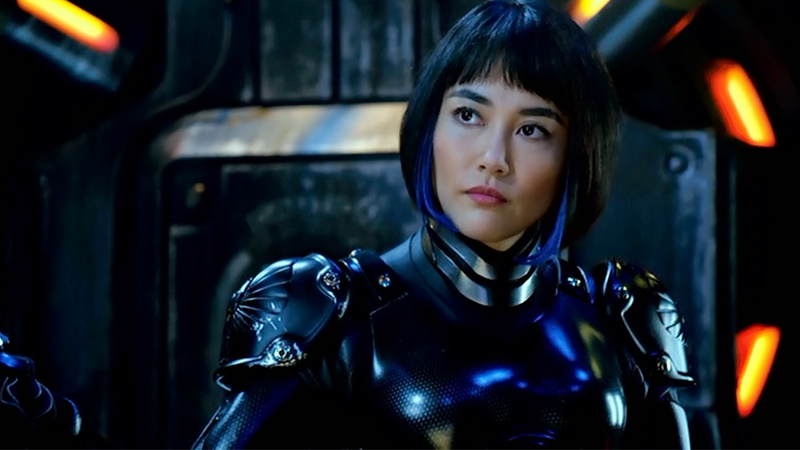 [Mako is Japanese without being fetishized, sexualized, or exoticized for it. She is shown to be capable and deserving of respect without having to fight for it. Mako should have been the primary protatgonist of Pacific Rim, and we need more of her. —Allison O’Toole, Nerdstock 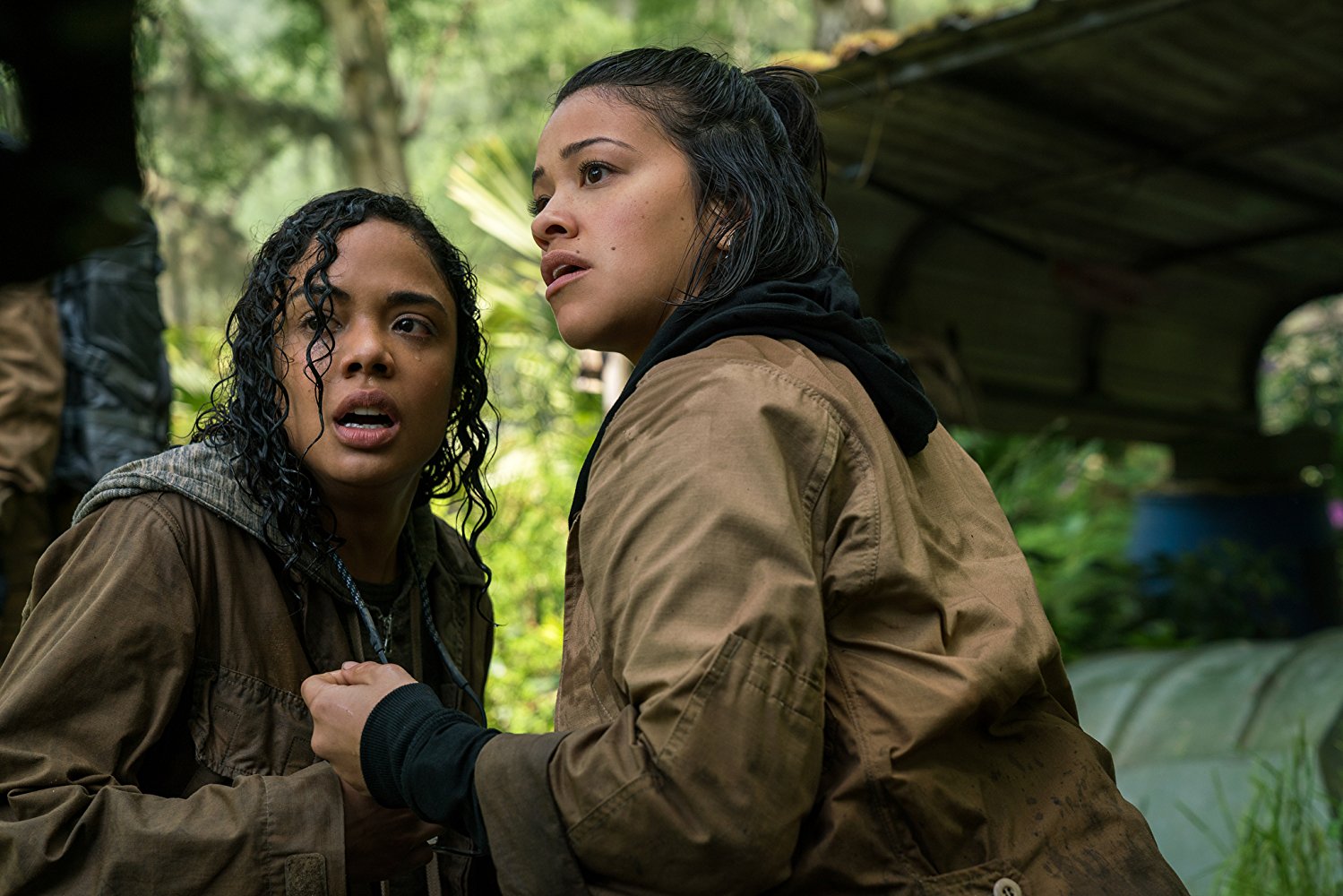 Praise for the Annihilation cast:

“It’s hugely refreshing, and remarkably uncommon, to watch a genre film that revolves around intelligent characters reacting intelligently to fantastical events…This is…down to a strong set of performers and while it’s rare to see an all-female ensemble in a film of this ilk, [director Alex]Garland has little time for gender, imagining a future where such distinctions don’t warrant recognition.”–Benjamin Lee, The Guardian