If you watched Black Lightning recently, you might have seen Jefferson Pierce (Cress Williams) train in that “People’s Free Food Program” hoodie.

If your someone with keen fashion sense and have been asking yourself, “Where can I get that hoodie?” I know exactly where it’s available–Philadelphia Printworks.

As stated on the site, “Philadelphia Printworks was founded in 2010 by Maryam Pugh and Ruth Perez” and was “born out of a love for DIY culture and social justice.” The company has since “developed into a digital and physical community space for creative collaboration around activism.”

All of Philadelphia Printworks’ products have social justice, activism, and organization at their core. Some of their most popular items have been the School of Thought sweatshirt series, reimagining the classic collegiate look with logos for colleges named after black luminaries. In fact, I’ve actually bought my sister two different sweatshirts from the series, the Audre Lorde Collegiate Crew sweatshirt, and the Harriet Tubman Collegiate Crew.

The sweatshirt hoodie Jefferson wore is part of the Panther’s Legacy collection and 10 percent of the sales from each item in the collection go to the Los Angeles organization Feed South Central.  The collection honors the People’s Free Food Program, started by the Panthers to help feed those in need in Oakland. To quote Philadelphia Printworks:

In January 1969, the Free Breakfast for School Children Program was initiated at St. Augustine’s Church in Oakland by the Black Panther Party. The Panthers would cook and serve food to the poor inner city youth of the area. Initially, run out of a St. Augustine’s Church in Oakland, the Program became so popular that by the end of the year, the Panthers set up kitchens in cities across the nation, feeding over 10,000 children every day before they went to school.  The magnitude and powerful impact of this program was such that the federal government was pressed and shamed into adopting a similar program for public schools across the country. This design is a reprint of the original design printed during that era. 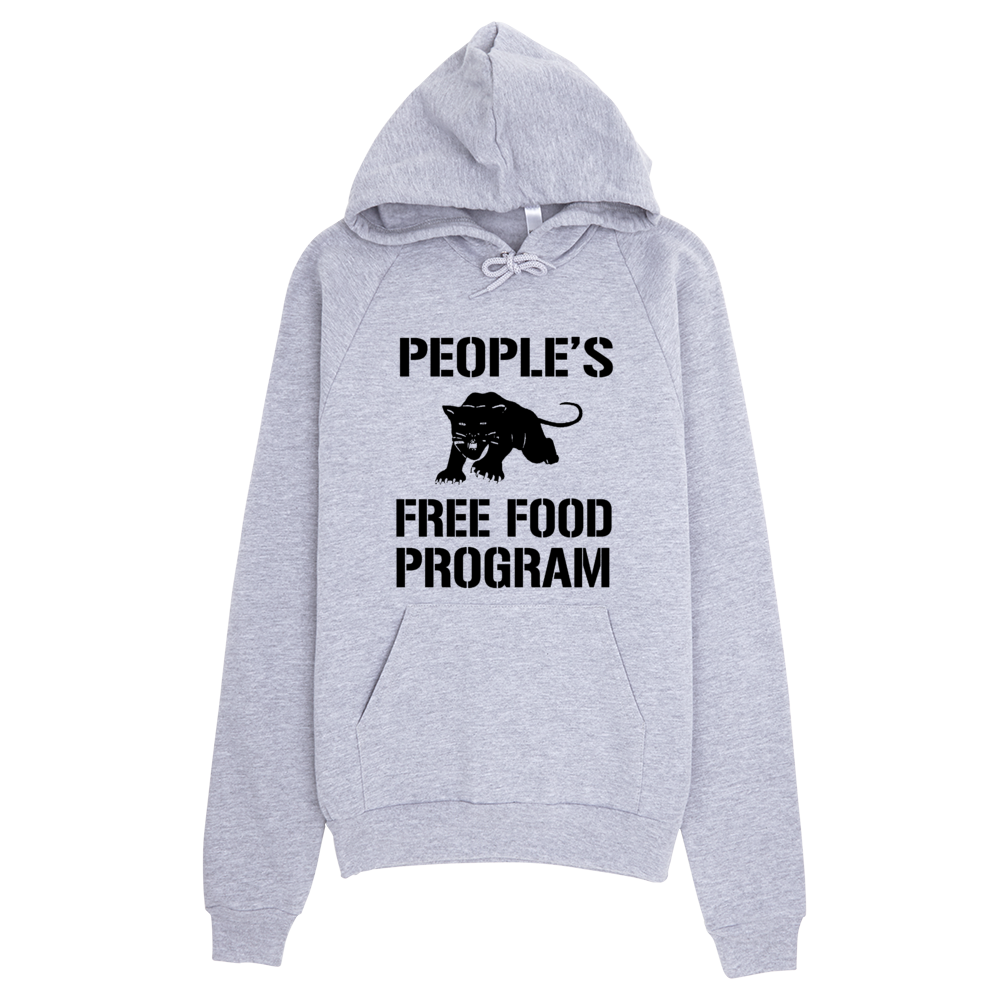 Philadelphia Printworks has more collections than just these two. Visit their website to see the rest of what they’ve got for the conscious-minded fashion lover.