Teen Titans was my favorite show growing up. I was team Raven/Robin, even though the show really wanted everyone to be on team Starfire/Robin. I could launch into an entire post about why Raven/Robin appealed to me a lot more, but that’s not the subject of this article. This article is all about Beast Boy.

I don’t know why, but for some reason, I saw Beast Boy as coded as Latino. Apparently, I’m not the only one; folks in various Yahoo and Reddit forums have also been questioning each other about if they viewed Beast Boy as Latino as well.

I decided to ask folks on Twitter what they thought about Beast Boy and if they felt like he was coded as Latino. Here’s what they wrote:

For me it depends on the incarnation but this version of BB is extremely easy to view as any race, since you never see his parents or him before he acquired his powers and you only hear his first name. I associate him as being mixed race (mixed species even 😉)

I always have seen beast boy as Latino also my reasoning is a based on teen titans go so I’m a little biased I ♡ teen titans the original but I don’t remember it that well. I know teen titans go is a parody & a lot if ppl hate it for that but I think it’s a cool take cont..

On the orig. with the subplots still coming from the orig. source material. & in the show I think some of the writers have the same idea of beast boy being of Latino descent or even some partial upbringing for ex. the cinco de mayo episode. Beast boy cont.

Brings a lot of the Latino culture to the show in my opinion.

Aside from the Cinco de Mayo episode of Teen Titans GO!, Bre might also be talking about the fact that Beast Boy is bilingual; apparently, he’s fluent in Spanish, which is revealed when he speaks to twin superhero duo Más y Menos.”

Of course, being bilingual isn’t a prerequisite for a character to be coded as Latinx. But Beast Boy is an interesting character because, as Kyle noted above, Beast Boy can be coded as any ethnicity. As brought up time and time again, cartoon characters that are generally colored green, blue or some other unnatural shade are often stand-ins for marginalized characters; it’s as if it’s a shortcut for having “diversity” without actually having to create diversity that reflects the real world. Perhaps this is what’s driving my own reading of Beast Boy–I’m trained by television to assume he’s representing something other than white European ethnicity.

Beast Boy’s racial and ethnic malleability are also being put to use in the upcoming live action TV show Titans. The actor playing Beast Boy is Ryan Potter, who is half-Japanese. 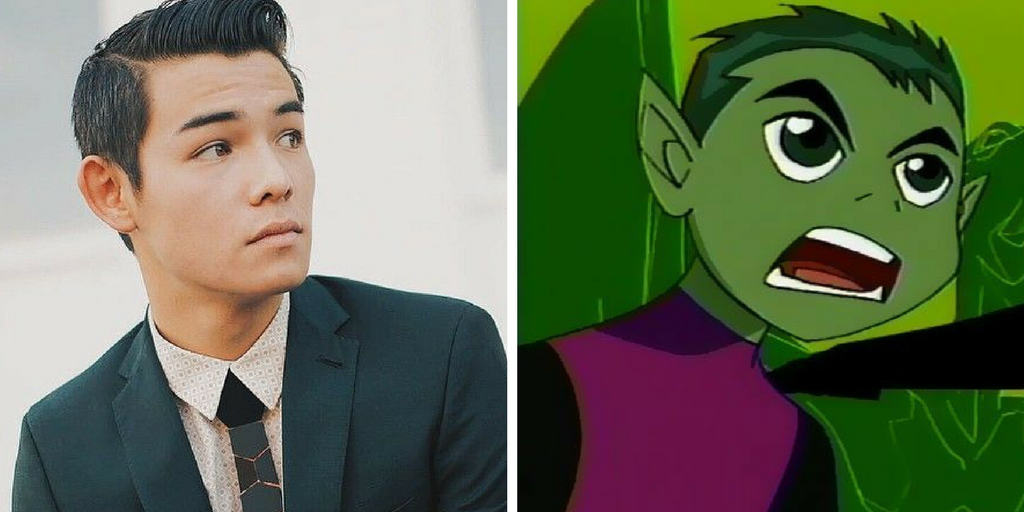 In short, Beast Boy is a character who is transformative in many other ways aside from turning into every animal alive.