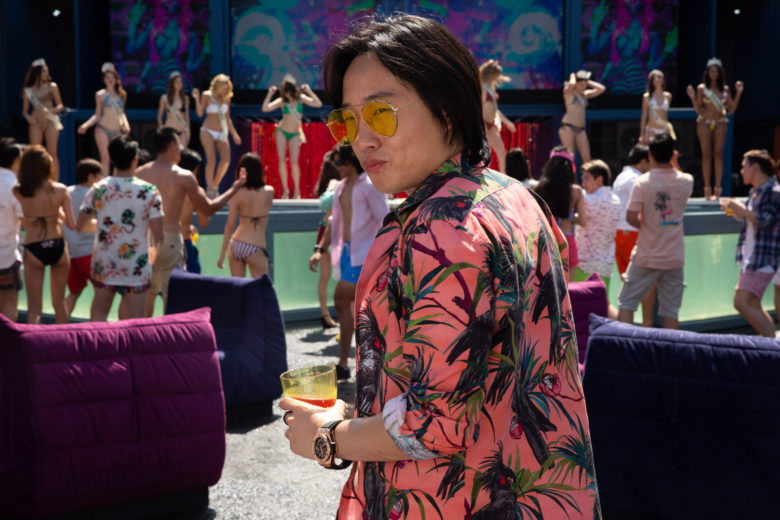 WB has released a glut of pictures from the upcoming rom-com Crazy Rich Asians, and I think this gives us an even better look at the glamorous lifestyle director Jon M. Chu has prepared for us.

As I’ve written in the past, I’m intrigued to see what kind of conversations Crazy Rich Asians will spin up. There have already been important convos about colorism, capitalism, and the effects of colonialism in Asia, conversations that must be had if we’re going to reach a higher level of understanding with each other. But, in the typical hypocritical way that comes with being a person born in a capitalist society that rewards riches without labor (or riches made on the backs of others’ menial labor), as much as I can see where folks will get annoyed with this movie, I’d also love to be as rich as the characters in this film. I just want a flush bank account. *Shrugs* When can see Pang star in his own rom-com as the lead? I’d be in the theater during the opening week.

The story follows New Yorker Rachel Chu (Constance Wu) as she accompanies her longtime boyfriend, Nick Young (Henry Golding), to his best friend’s wedding in Singapore. Excited about visiting Asia for the first time but nervous about meeting Nick’s family, Rachel is unprepared to learn that Nick has neglected to mention a few key details about his life. Not only is he the scion of one of the country’s wealthiest families, but also one of its most sought-after bachelors. Being on Nick’s arm puts a target on Rachel’s back, with jealous socialites and, worse, Nick’s own disapproving mother (Michelle Yeoh) taking aim.

It soon becomes clear that the only thing crazier than love is family, in this funny and romantic story sure to ring true for audiences everywhere.