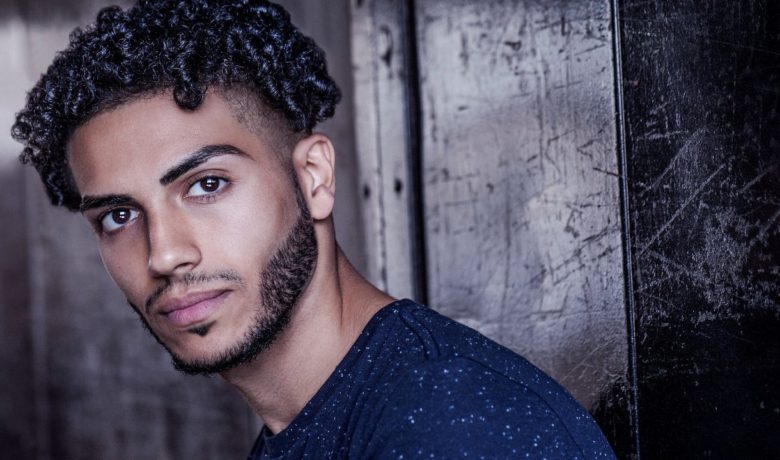 Some quick Aladdin news to report—some of it is good, and some of it is, of course, controversial (as seems to be the case with this particular movie).

First the good—Mena Massoud, who has been tapped to play the titular role, has posted to his Twitter page a picture of himself, Will Smith (tapped to play the Genie), Naomi Scott (Princess Jasmine) and Marwan Kenzari (Jafar).

“Agrabah just got a lot hotter,” said Massoud. “Gonna be keeping you posted on everything Aladdin peeps.”

Agrabah just got a lot hotter. Ooof! Gonna be keeping you posted on everything Aladdin peeps 😉 #Disney #Aladdin #LiveAction pic.twitter.com/Eegb3Vt8tB

It’s great to know that Massoud is going to keep the fans up to date on what’s happening, since it’ll probably provide those of us who cover movies and are film fans to read the tea leaves. That’s always fun.

Now the not-so fun stuff: the film is courting controversy yet again with the hiring of Billy Magnussen. According to The Hollywood Reporter, Magnussen is playing a character that has never been a part of the original Aladdin, so for many, this sounds like this is yet another way to shoehorn in a white character in a non-white storyline. Why is this important and aggravating? Because for many, this feels like Disney saying that a non-white storyline can’t exist or be monetarily credible without a white character.

This isn’t the first time the film has been at the center of controversy—Scott’s casting as Jasmine brought ire from folks who felt like the character was being cast with a non-Middle Eastern actress. This also goes to the original root of the casting issue—the fact that Disney asked for both Indian and Middle Eastern actors when the fictional country of Agrabah is considered to be Middle Eastern (Scott, for instance, is of British and Indian background). Even before the announcements of Aladdin and Jasmine being cast, Disney was facing angry fans for insinuating that there weren’t any Middle Eastern actors to cast in the roles.

We’ll see more about this latest controversy as it develops, since there will be more news coming down the pike, I’m sure.

How come Disney doesn’t understand the difference between brownface and “blending in”? 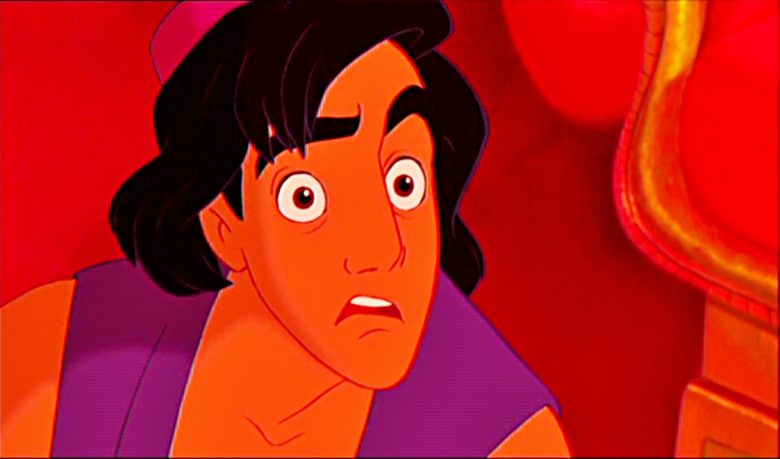 For the amount of times Disney’s live-action Aladdin has been in the news for the right (and hot) reasons, there’s just as many times the company has put its film in the limelight for highly controversial reasons. It seems like Disney still hasn’t gotten enough of being controversial with this film; they managed to find a way to inject brownface into the proceedings

According to Deadline, The Daily Mail and The Sunday Times both reported that the film had been tanning up white actors needed for background roles, stunt positions, “camel handlers” and dancers during filming at Longcross Studios near London. The Times went further by quoting Kaushal Odedra, an extra hired for filming, who said he saw at least 20 “very fair skinned” actors waiting in line at make-up tents “waiting to have their skin darkened.”

“Disney are sending out a message that your skin colour, your identity, your life experiences amount to nothing that can be powered on and washed off,” he told the newspaper (beware: you need an account to read the rest of the article on the Times’ website).

Disney has since put out a statement via a spokesperson that doesn’t help matters. If anything, it makes things worse.

“Great care was taken to put together one of the largest most diverse casts ever seen on screen. Diversity of our cast and background performers was a requirement and only in a handful of instances when it was a matter of specialty skills, safety and control (special effects rigs, stunt performers and handling of animals) were crew made up to blend in.”

On the one hand, it’s bold for the company to not deny the fact that brownface was used. The fact that they didn’t shy away from it isn’t why I hate this statement. I hate the statement because it acts like brownface was a necessary evil for this movie, when in fact brownface can be avoided at all costs all the  time.

If Agrabah is being positioned as a multicultural place—according to Deadline, a reported 400 of 500 of the background actors and performers are Middle Eastern, Indian, African, Asian and Mediterranean, then why can’t the white dancers, animal handlers, stunt people, etc., just be left as they are? Why was it necessary that they “blend in” if there’s already a white person cast as part of the main cast of the movie? In 2017, Billy Magnussen was cast in a brand-new role made exclusively for this film. So why the need for brownface? Color me confused.

Disney, can you please just make this film without any further complications and scandals? I just want Aladdin and Jasmine, two of my favorite Disney prince and princess combos, to be presented right and with some dignity. Please. Thanks. 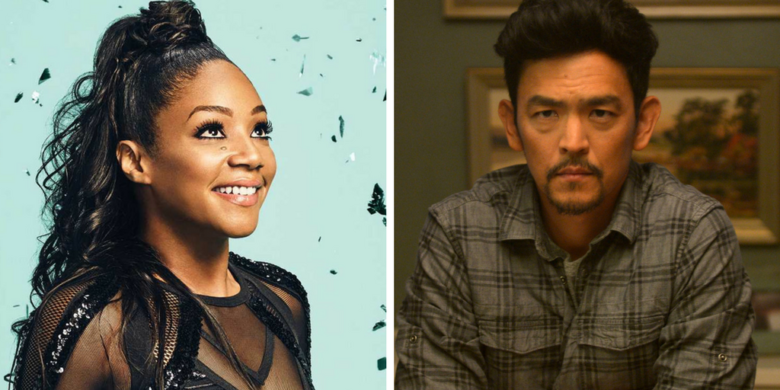 Regardless of what the Golden Globes think, Tiffany Haddish is having a banner year, and that year continues with her new title–executive producer.

According to Shadow and Act, The Girls Trip breakout star and The Last Black Unicorn author will executive produce and star in politically-based satire/thriller The Oath. If you think the film might be a spiritual cousin to Get Out, you’re more than likely right–one of the financiers of Get Out, CQ Entertainment, are funding and producing the film.

The site quotes The Hollywood Reporter in saying that the film will be a dark look at a starkly divided America.

“The timely script, set in a politically divided America where citizens have to take an oath of loyalty, focuses on a man [who] has to make it through the Thanksgiving holiday without destroying his family.”

It’s unclear who Haddish will be; her role is being kept a secret. It’s also kinda unclear as to who Cho will be, since—if we’re looking at the cast, it’s entirely white. Odds are the white actors are playing the family at the center of this plot. But could Cho’s and/or Haddish’s characters be adopted? Are Cho and Haddish playing the family’s neighbors? Are Cho and Haddish’s characters a couple? These are all questions without answers at this point. But if Haddish has a hand in producing, then odds are there’s going to be some touches in the film that could only come from the point of view of an astute black woman.

What do you think of this film? Give your opinions in the comments section below!