“RuPaul’s Drag Race” Season 9 predictions: Who will be the top 5?

Season 9 of RuPaul’s Drag Race is upon us come March 24 on VH1, and I can’t even figure out who will be the first queen sent home. All of this season’s queens seem like they could easily take the win, but even still, I have a couple of predictions as to who will be in the top five. Join me on a journey and see if you agree. 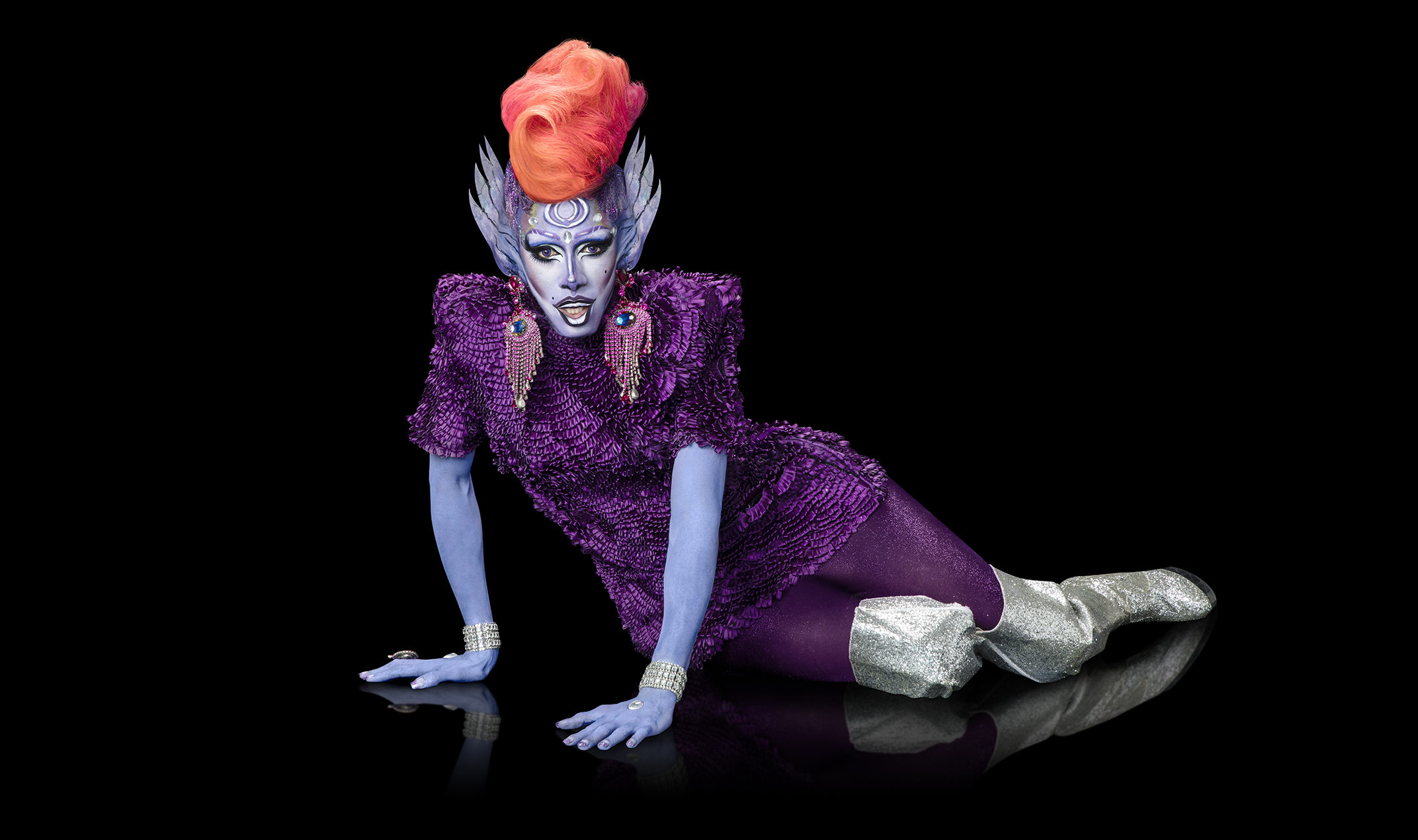 Nina Bonina is someone who is a true unique force. That’s tough to say that with this list is because all of these queens on this list are true unique forces who are bringing something new to the art of drag. But what Nina brings is a truly different way to paint. She doesn’t just “beat a face” in the traditional beauty queen way; she literally becomes the characters in a hyperrealistic, yet very painterly way. It’s astonishing. (Case in point: her Transformations episode in which she made James St. James into Minnie Mouse.)

Also, her performances are wildly entertaining as well. Maybe the use of “wildly” is a bit of a pun, since this particular video is of her Season 9 premiere party performance as an ape. (As a Planet of the Apes superfan, it’s giving me visions of what an Ape City nightclub must be like and I love it.) 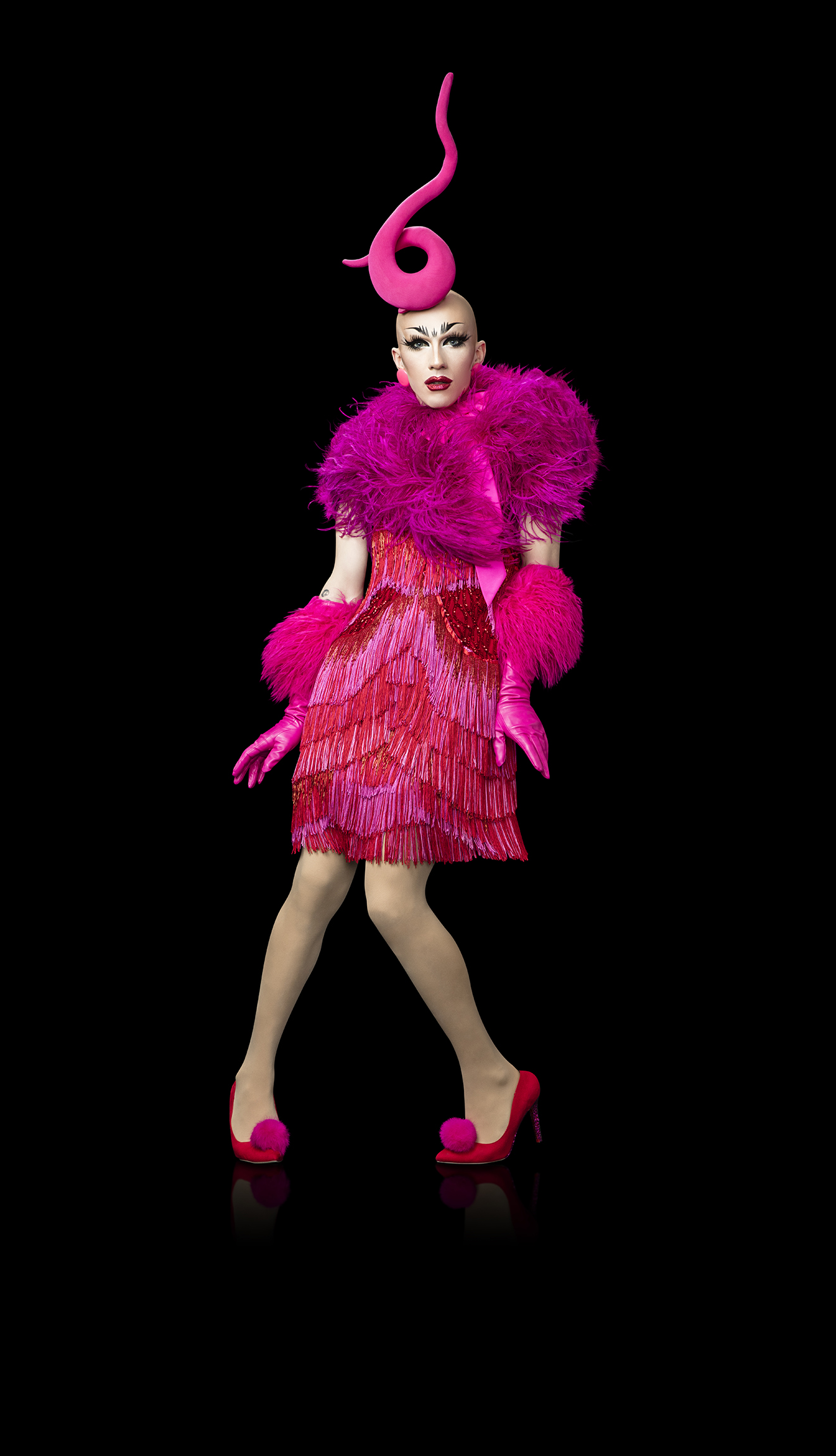 Sasha Velour is the performance art queen to beat. Sasha is probably the most avant-garde queen I’ve seen, and she definitely embodies that artsy New York spirit. She also has given herself the unique trademark of an artistic unibrow, which takes from further still from the traditional beauty makeup and presentation of what the mainstream might think of as a drag queen. Overall, Sasha’s elevated drag to a fine art level. 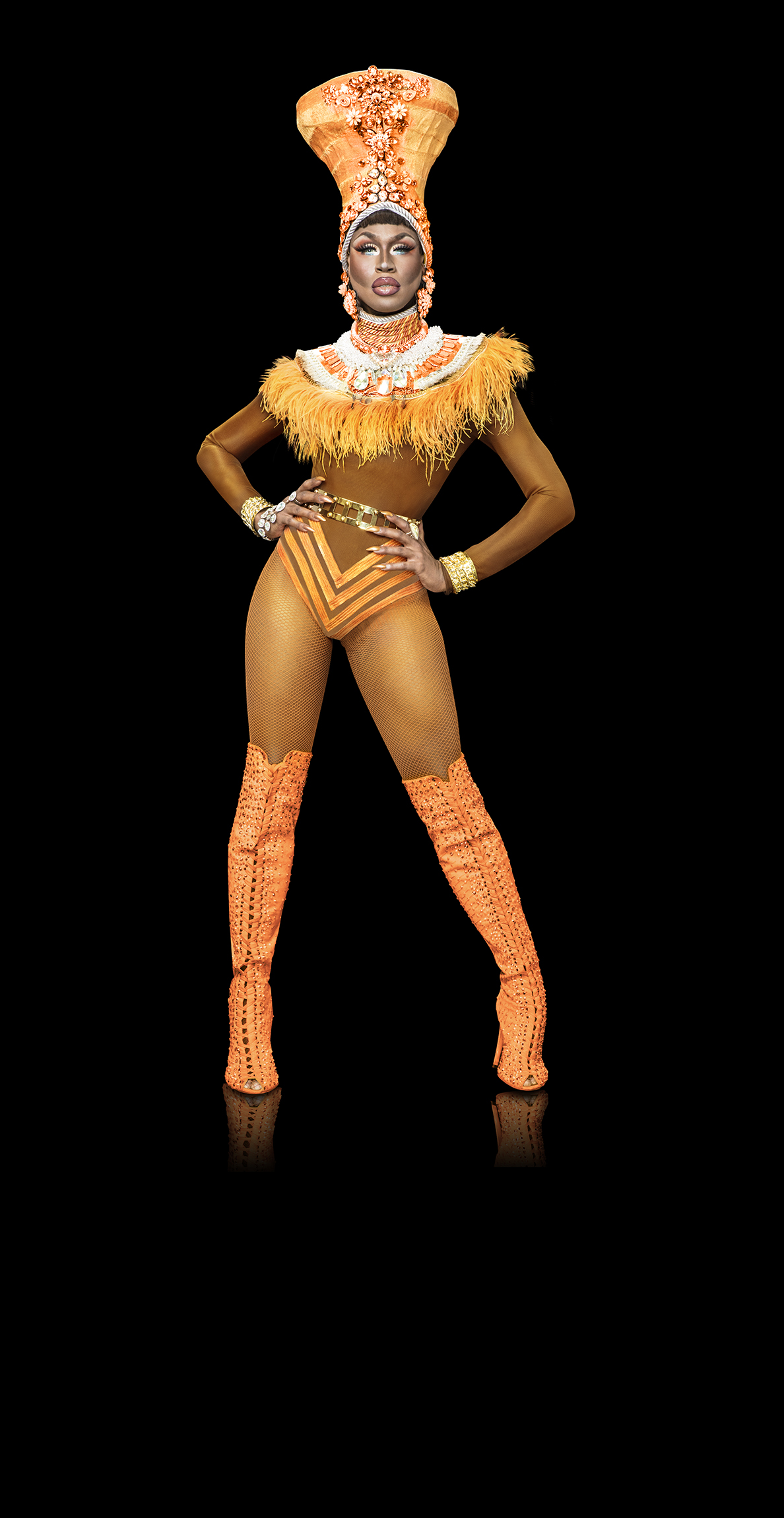 Shea Couleé has the makeup skills down and her own set of avant-garde references, as she showed in her episode of Transformations:

But she also has some amazing dancing skills, too, particularly with her Beyoncé performances.

I think she’s probably the most conventional on the list, but she’s got tons of stage presence, and she seems to be in line with the RuPaul mold of Young, Gifted and Black supermodel queens. RuPaul does like her Black Barbie queens, as evidenced by the wins of Bebe Sahara Benét, Tyra Sanchez, and Bob the Drag Queen (who does fall in line with that description for me–wouldn’t you count Viola Davis as a Barbie?), so Shea Coulee could certainly end up following in that tradition. 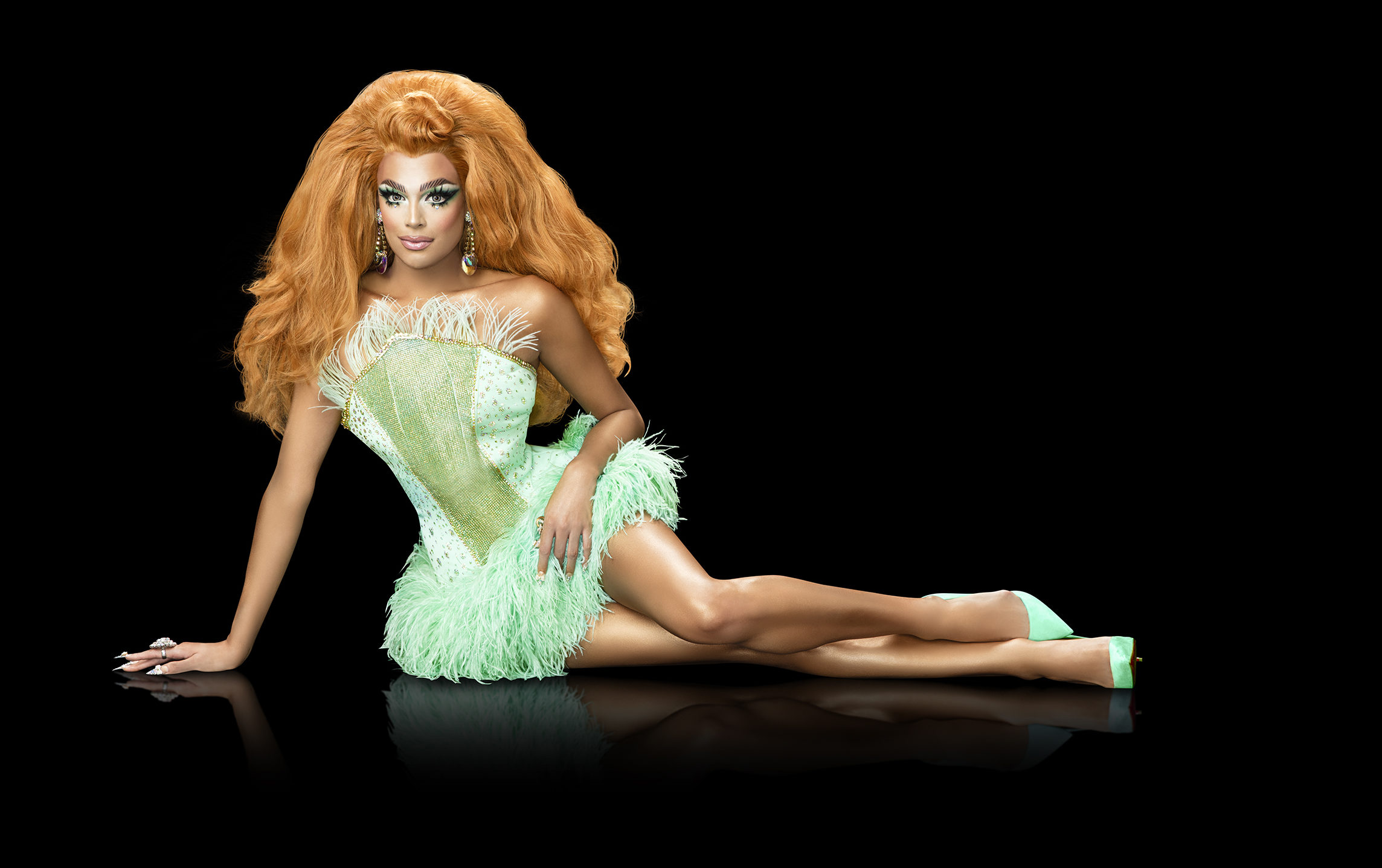 I hope one day Valentina’s fans start calling her La Valentina, because she’s a true Diva in every sense of the word. Well, except for being mean; of course I haven’t seen the show, but she doesn’t strike me as a malicious queen. What she does strike me as is humble, graceful, and gracious to her fans, which is how our Divas used to be back in the day (if, for some Divas, only in their outward appearance to the public).

Valentina really embodies that Diva persona in the best possible way, so much so that it does take me back to my childhood in the ’90s, when you would see these larger-than-life singers like Whitney Houston and Mariah Carey and Celine Dion and say, “Yes, that’s how a superstar is supposed to be!”

Of course, I’m using examples from my very narrow perspective; clearly, Valentina’s true love lies in showcasing the divas of her childhood and of her background, like Yma Sumac, Isabel Pantoja and Selena Quintanilla, to name just a few. Valentina said in her “Meet the Queens” interview that she tries to bring that telenovela, over-the-top dramatic style to her drag, and she certainly does, and for me, it’s the most comforting thing ever.

Also, she’s Boulet Brothers approved: She won a live stage version of “Dragula” two years ago, so if she can get the Boulet Brothers’ stamp of approval, then that means she’s definitely got some skills up her sleeve.

Congratulations to @allaboutvalentina ! Valentina won the club version of Dragula in Los Angeles two years ago, and has continued to claw her way to the top. We hope all your dreams come true and you slay on @rupaulsdragrace darling! (pic from Queen Kong by @jeremylucido ) #bouletbrothers #rupaulsdragrace #wowreport #valentina #queenkong 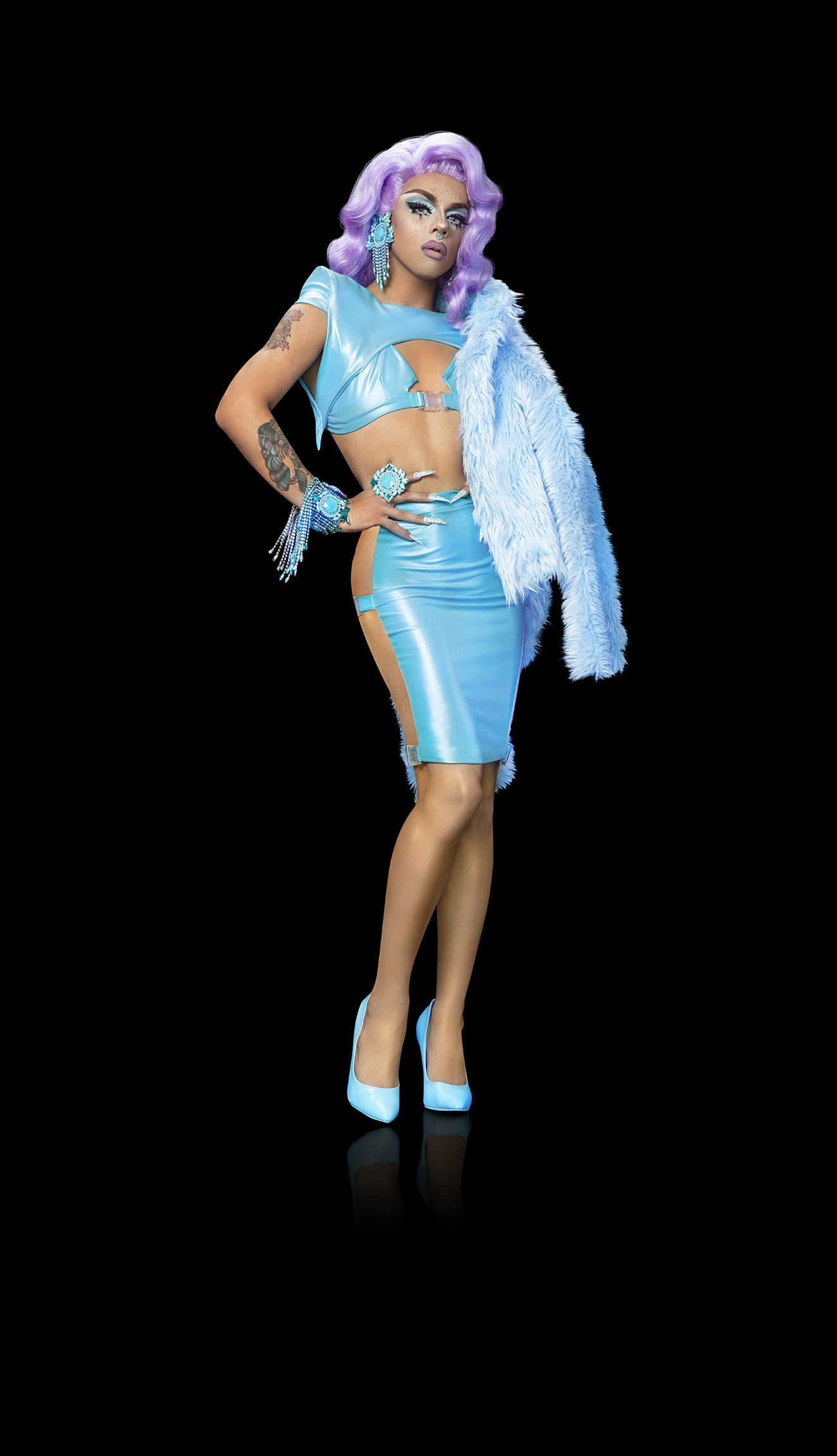 For me, it’s really going to come between Valentina, Sasha Velour and Aja for the crown. That’s my prediction and I’m sticking to it. Aja really has something special that gives her the X factor, and I think it’s her ability to tie today’s drag trends and direction to past influences, like The Fifth Element, singer La India and John Leguizamo’s drag-filled one-man comedy acts from the early ’90s. We haven’t even talked about her intense voguing yet, or her ability to perform to any song, whether it’s by a man or woman, whether it’s rap, R&B, salsa, what have you.

Many have tried to read her for looking a lot like Naomi Smalls, but could it be the no breastplate thing is just coming into vogue now? As I wrote above, Aja’s just as much about trends and trendsetting as she is about showcasing her varied pop culture influences and knowledge in her performances. I think she’s been able to combine everything we’ve seen from recent seasons and make something one-of-a-kind. It’s that alchemical ability that just might allow her to snatch the crown.

And just for good measure, here’s the act Aja was referencing in the John Leguizamo mix, “Manny the Fanny.”

Aja not only entertained me, but she taught me something new and increased my love for John Leguizamo ten-fold. Of course I’m going to root for her.