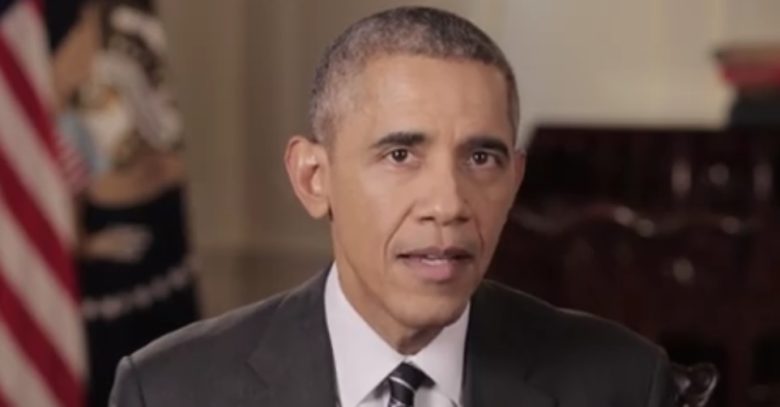 It’s been a sad Tuesday for many around the country: Donald Trump announced the end of the Deferred Action for Childhood Arrivals (DACA) program, putting 800,000 immigrants at risk for deportation. There is a 6-month delay on the ban, but regardless of a delay, this puts thousands of lives in jeopardy and thousands of families are left wondering what will happen to them under this administration.

Everyone’s reacted to the news, from celebrities to congresspeople and Dreamers–people who, as kids, arrived into the U.S. and were protected by DACA–themselves. Among the loudest voices was former President Barack Obama, who authored the law and signed it into action.

Obama took to his Facebook page to express his outrage over yet another horrifying and racist action taken by the Trump administration.

“Immigration can be a controversial topic. We all want safe, secure borders and a dynamic economy, and people of goodwill can have legitimate disagreements about how to fix our immigration system so that everybody plays by the rules,” he said. “But that is not what the action that the White House took today is about.

“This is about young people who grew up in America – kids who study in our schools, young adults who are starting careers, patriots who pledge allegiance to our flag. These Dreamers are Americans in their hearts, in their minds, in every single way but one: on paper. They were brought to this country by their parents, sometimes even as infants. They may not know a country besides ours. They may not even know a language besides English. They often have no idea they’re undocumented until they apply for a job, or college, or a driver’s license.”

Obama wrote that a “shadow has been cast over some of our best and brightest young people once again.”

“To target these young people is wrong – because they have done nothing wrong. It is self-defeating – because they want to start new businesses, staff our labs, serve in our military, and otherwise contribute to the country we love. And it is cruel,” he said. “What if our kid’s science teacher, or our friendly neighbor turns out to be a Dreamer? Where are we supposed to send her? To a country she doesn’t know or remember, with a language she may not even speak?”

He wrote the action of the Trump administration is “contrary” to the values America holds dear as a welcome land for immigrants. He called on Congress to step up to the plate and protect Dreamers. One bill that could do that is the DREAM Act, which has been floating around Congress since 2001.  The bill, if passed into law, would grant minors conditional residency and eventually permanent residency.

“Let’s be clear: the action taken today isn’t required legally. It’s a political decision, and a moral question,” wrote Obama. “Whatever concerns or complaints Americans may have about immigration in general, we shouldn’t threaten the future of this group of young people who are here through no fault of their own, who pose no threat, who are not taking away anything from the rest of us.”

"Southside With You": The Presidential love story coming to theaters

So…apparently, there’s going to be a biopic about the love story of President Barack Obama and First Lady Michelle Obama? I’m intrigued and concerned. If there’s any movie that needs to be done right, it’s this one.