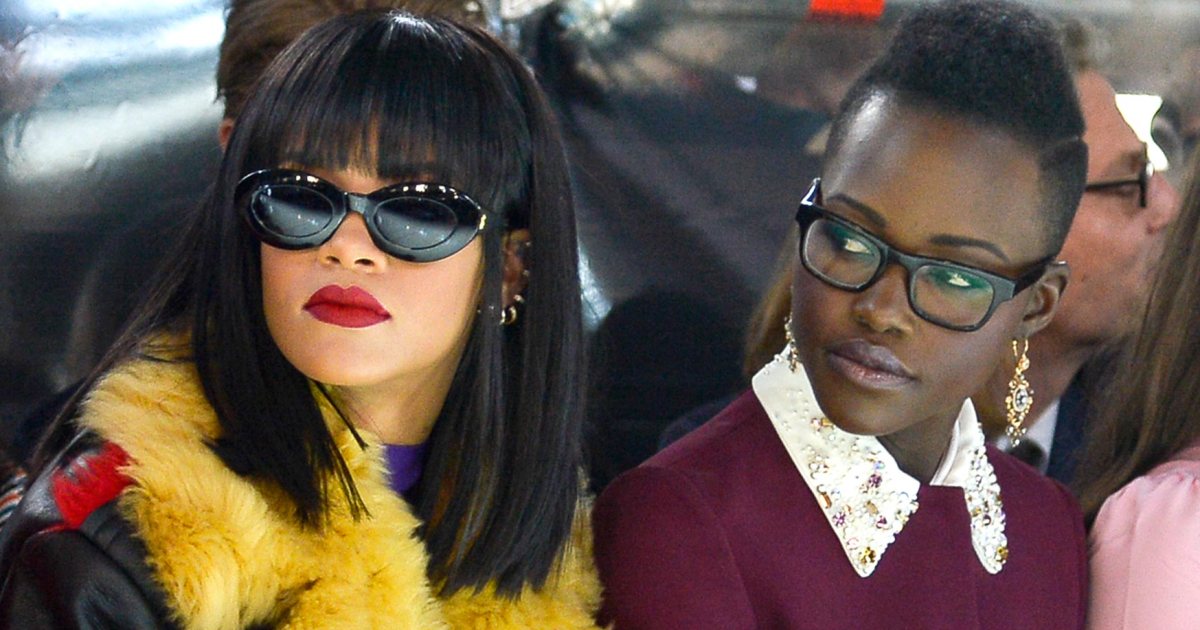 Who knew Twitter would turn into the next Hollywood casting office! It’s amazing that this tweet about the two stars at a 2014 Miu Miu fashion show:

Rihanna looks like she scams rich white men and lupita is the computer smart best friend that helps plan the scans https://t.co/PhWs1xd3nj

Exclusive: It's happening! @Rihanna and @Lupita_Nyongo will LITERALLY costar in a buddy movie by @Ava DuVernay: https://t.co/Mz8k2cT5fH pic.twitter.com/Xev716aLt5

According to Entertainment Weekly:

After a dramatic negotiation session at the Cannes Film Festival, Netflix has nabbed a film project pairing Grammy winner Rihanna with Oscar winner Lupita Nyong’o, in a concept that began as a Twitter sensation. Ava DuVernay (Selma) will direct, and Issa Rae (Insecure) is writing the screenplay.

According to sources, Netflix landed the project in a very aggressive bid, beating out multiple other suitors.

The film will go into production in 2018 after DuVernay finishes her latest project. I, for one, is excited for this film and I can’t wait to see it when it comes to Netflix. Twitter–particularly #BlackTwitter, which started the whole movie talk–is excited, too:

The Rihanna and Lupita Nyong’o buddy movie is actually happening

. @ava hey, can @violadavis be the mentor who helps @rihanna and @Lupita_Nyongo scam rich white men!?!?

Bring @joanneprada to show the characters how to scam, in the movie. 🙏🏼

I need Lupita and Rihanna to scam Casey Affleck in this new Netflix movie.

Can @tonygoldwyn be one of the rich white men that they swindle? @ava https://t.co/A345Xe4EpL

Since this is a real thing now, @ava I GOT YOU! https://t.co/4ZtrlVtYwE

I nominate this as the song that plays as Rihanna & Lupita walk away from their first heist. @ava https://t.co/N92QRIS1DK

Hey @ava if you and Issa are looking here's a few seasoned white men for Riri and Lupita to scam out of them coins pic.twitter.com/Vaot2b8Njy

As Shadow and Act brought up, the big question is whether the person whose tweet originated this idea will get paid. “This could be one of those precedent-setting situations,” wrote Shadow and Act’s Tambay Obenson. If there is payment on the way, that means that the floodgates have opened for tons of films coming from Twitter, with tons of creators getting some steep royalty checks.

What do you think about this film? Give your opinions in the comments section below!