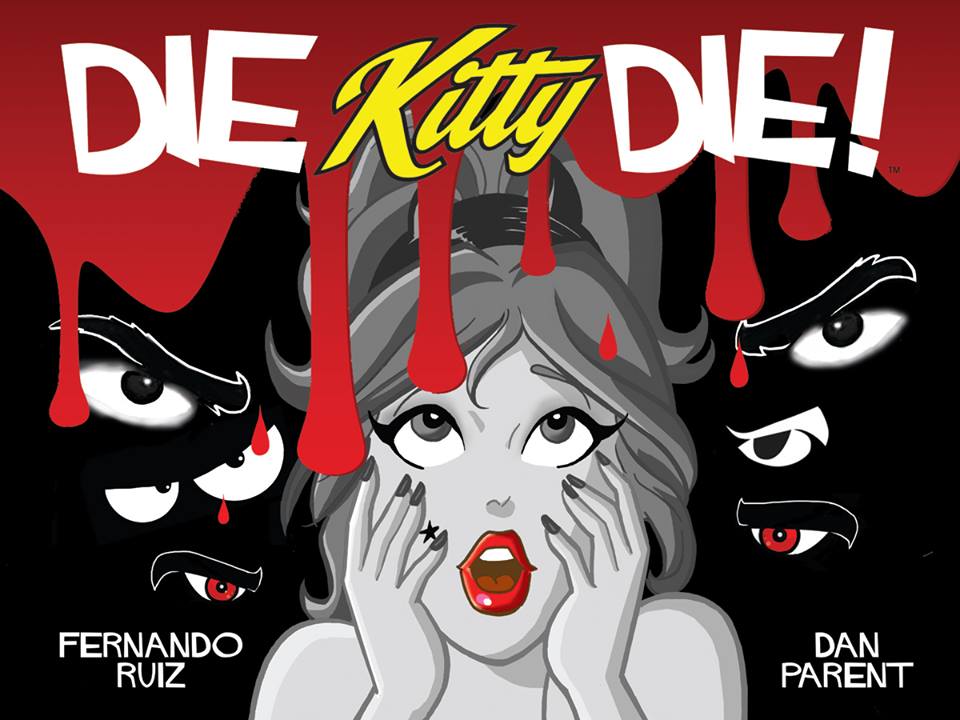 Archie Comics fans are well acquainted with their favorite artists, such as Dan Parent and Fernando Ruiz, and if you’ve been astute fan, you might have heard about the pair’s upcoming comic book project, Die, Kitty, Die! and the project’s Kickstarter campaign. The campaign’s original $25,000 goal has not only been met, but has nearly reached double the amount originally set, with many heavyweights in the comic book industry joining in to provide special covers and pin-ups.

I’ve been a fan of Parent’s for years, and after having met him at the 2013 Miami Book Fair International, I became an even bigger fan. I’ve interviewed him before in the past, but I was excited and honored when he reached out to me to tell me about Die Kitty Die!. Check out the interview with Parent below, in which we discuss Die Kitty Die!, the Kickstarter campaign, and what fans can expect from this bewitching new series, as well as an exclusive update on that elusive Kevin Keller relaunch. The Die Kitty Die! Kickstarter campaign ends this Friday, Dec. 18, so if you’d like to contribute (click the link above), you’ve still got time!

How did you and Fernando Ruiz come up with Die Kitty Die!?

Fernando and I came up with idea for Die Kitty Die! on a plane trip to Dallas Comic Con last year. We started sketching and writing , and before you knew it, we had a story!

The Kickstarter has been uber successful. How do you feel about the success?

We are thrilled about the success of the Kickstarter. The most satisfying thing is that our fans have supported us and are looking forward to the project.

We are really lucky to have some great talent on board. Gisele Lagace is our friend, mega talent, and also a great business person. She has not only helped us set up our Kickstarter, but has contributed art to the series. Next is Jason Bone, another friend who is not only a great inker but a great artist too! Phil Jimenez and Glen Hanson are also 2 well known talents who are going to contribute to the book. And then we have superstar artist Darwyn Cooke, who is doing the cover to the trade. I’m his biggest fan, and have been lucky enough to become his friend over the years. When he agreed to do the cover, we were over the moon!

This project also has strong ties to pin-up art, specifically Dan DeCarlo (which makes sense, since both you and Ruiz are Archie artists). What about pin-up art appeals to you?

We love pin up art, as well as fashion pages . And Dan DeCarlo is a huge inspiration to all of us. So if you see signs of dan DeCarlo in our work, that’s a good thing!

What can fans of yours expect from Die Kitty Die?

Fans can expect Die Kitty Die to be a fun mix of romance, adventure, horror and comedy. It’s an homage to the comic book industry , but we also think it fills in a gap that is missing in comics right now. And that is classic comics told with a modern twist, that focus on two important things: Good story and good art!

On an unrelated note: Kevin Keller’s comic is supposed to be relaunching (at last check). What can fans expect from the relaunch?

There is supposed to be new Kevin Keller book, but that has been delayed. I’m hoping to get the ball rolling in that again in 2016!