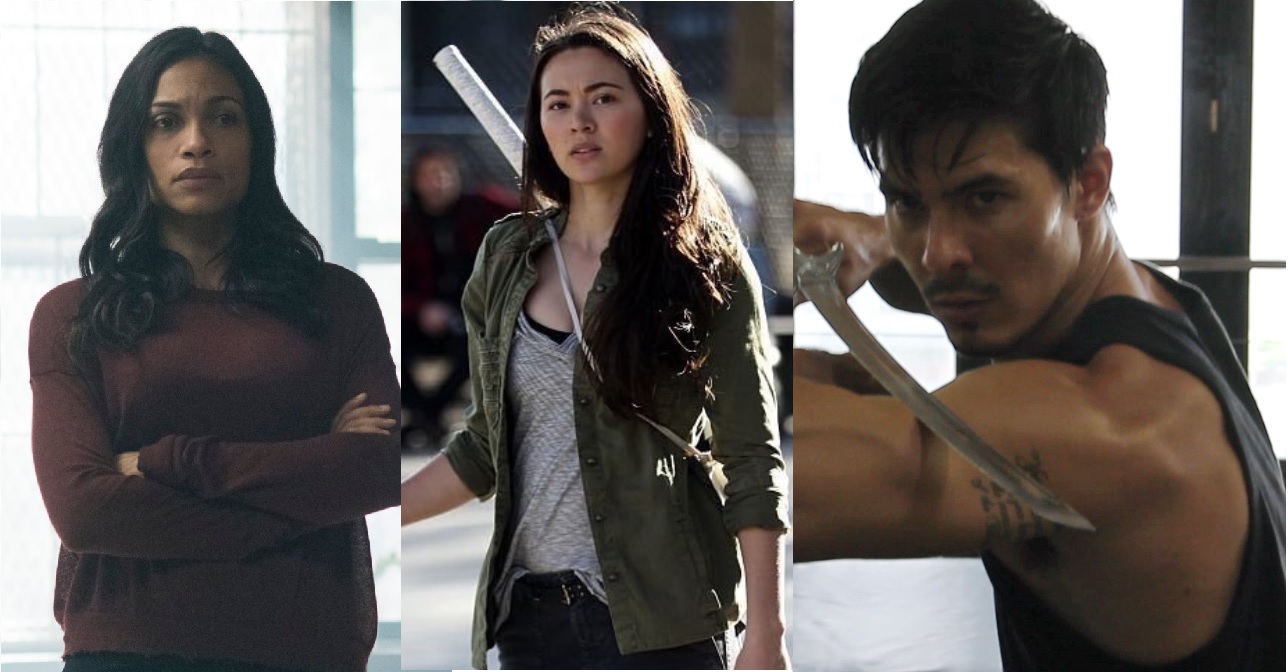 We could talk all day about Finn Jones and the albatross around his neck that is Iron Fist.

Starting out the gate, Marvel’s Iron Fist, which will premiere on Netflix March 17,  has a 14 percent rating on Rotten Tomatoes. The Marvel fanboys might be in a tizzy about this, but this is really a blessing in disguise. Everything remained at a semi-standstill as everyone waited for the first reviews of Iron Fist to roll out. Now that they have, the show is officially Marvel’s first Netflix blemish and, hopefully, the show finally teaches the lesson Marvel failed to learn with Doctor Strange, which also exploited Asian themes while whitewashing the Ancient One.

Iron Fist has been a problem from the get-go, with fans urging Marvel to make Danny Rand, originally a white comic book character existing in an intensely problematic and stereotype-filled Asian world, an Asian man. That way, at least some of the story could seem a little more pleasing to the 21st century palette (of course, it would have also helped if the story was updated as well).

But, Marvel, wanting to please who they think are their core audience—white males—decided to forego any attempt to update the series and cast Finn Jones as Danny Rand. The show only sunk from there.

Here’s what the critics thought of Iron Fist.

“For viewers who’ve grown accustomed to the genre-defying tales of Jessica Jones and Luke Cage, Iron Fist feels like a paint-by- numbers project, trying to check the right boxes in time for The Defenders. And that’s just not good enough, not anymore.”—Trent Moore, Paste Magazine

Marvel’s Iron Fist isn’t just the wimpiest punch ever thrown by the world’s mightiest superhero factory. The new Netflix binge swings and misses so bad that it spins itself around and slaps itself silly with a weirdly flaccid hand.—Jeff Hensen, Entertainment Weekly

It may have seemed fine to crank out another Marvel Netflix show that feels like the brand’s past outings, but the critical drubbing that Iron Fist has received is in no small part due to the fact that it’s so stale and unoriginal.—Abraham Riesman, Vulture

What’s also great is that many of the articles have stated how the show’s whitewashing hurt the show as much as the staleness of the story.

“[L]et me be clear: Iron Fist’s problems with its portrayal of Asian cultures and Asian-Americans are embedded throughout every episode. It’s just that its problems with delivering exposition, crafting consistent characters, and even basic dialogue writing run right alongside.

Sure, this is a show where a white male character explains how to punch to an Asian-American, female head of her own dojo, in her own dojo — wait, let me be painfully specific. A white male character explains his martial art — which was made up by white men in the 1970s as a nonspecifically Asian but definitionally more powerful technique than those invented by actual Asian cultures — to an Asian-American, female expert in actual martial arts developed by actual Asian cultures.” —Susana Polo, Polygon

Jones also isn’t doing himself any favors with some of what he’s saying to the press after the blow-up of Iron Fist.

Here’s just a smattering of some of Jones’ various comments:

“I think the world has changed a lot since we were filming that television show,’ he said. ‘I’m playing a white American billionaire superhero, at a time when the white American billionaire archetype is public enemy number one, especially in the U.S. …We filmed the show way before Trump’s election, and I think it’s very interesting to see how that perception, now that Trump’s in power, how it makes it very difficult to root for someone coming from white privilege, when that archetype is public enemy number one.” —Jones at RadioTimes

“Well, I think there’s multiple factors. What I will say is these shows are not made for critics, they are first and foremost made for the fans. I also think some of the reviews we saw were seeing the show through a very specific lens, and I think when the fans of the Marvel Netflix world and fans of the comic books view the show through the lens of just wanting to enjoy a superhero show, then they will really enjoy what they see. I think it’s a fantastic show which is really fun and I think it stands up there with the other Defenders’ shows without a doubt.”—Jones at Metro UK

You can read tons more stuff at Pajiba, where they’ve packaged everything in an article aptly titled “How to Handle Criticism of Your Acting Role Without Being a Sh*t Weasel.”

Let’s also not forget how Jones ran away from Twitter after Geeks of Color’s Asyiqin Haron tweeted him about his ironic retweet of Riz Ahmed’s talk about diversity and representation in media.

“I just thought it was ironic. Finn never directly talked about #AAIronFist and when he tweeted that, it didn’t sit well with me. I never expected a reply from him. Maybe a reply from some of his fans but not from him. It was unexpected. He’s a famous actor. He could’ve easily ignored my comment. Most famous people do that with criticism. I was doing my own thing until someone told me he replied to my comment. …I was trying to get him to understand why an Asian Iron Fist is so important to us. He talks about being progressive but throughout the conversation it felt like he was deflecting the points I was trying to make. I have no hostility towards him. I was being respectful and calm about it. I just feel upset that he just deactivated his account after saying this:
[The tweet: “…I appreciate you reaching out, to bridge these gaps in our society, communication is and understanding is the key.”]

Again, like I said, we could talk all day about poor Finn Jones. (I mean “poor” relatively; I know he’s not hurting for money and I also know he’s bringing a lot of this on himself; I just feel bad when people put themselves out there when they don’t need to.)

So far, Henwick and Dawson have been one of the critics’ favorites, despite the horrors of the rest of the show.

“…[I]f it were a series without these two women [Henwick and Rosario Dawson as Claire Temple], to riff off this International Women’s Day, Iron Fist wouldn’t pack much of a punch. It is all Henwick and Dawson’s dynamic –individually and together–as ‘Daughter of the Dragon’ dojo-running Colleen Wing and ex-nurse Claire Temple, respectively, that pumps the irregular heart of the 13-episode first season from showrunner Scott Buck.”—Dominic Patten, Deadline

In fact, most people are only watching Iron Fist to support these two women.

To be honest,i am only seeing #IronFist because of Colleen Wing and Claire Temple.

The other person many folks are watching it for: Lewis Tan. He’s told the Black Girl Nerds podcast about how he actually auditioned for the Danny Rand role and got close to the end until they did a switcheroo on him and gave the role to Jones, who can’t fight (unlike Tan, who has been fighting all his life thanks to his dad, who also did stuntwork and acting roles in Hollywood films).

He’s also been an outspoken voice for AAPI equality in entertainment, as well as a staunch supporter of intersectionality. Because of his work on and off-screen he’s got legions of fans.

"Fist of Fury" was made in 1972, "Iron Fist" was created two years later. #staywoke #cantbefaked pic.twitter.com/8pdfy1TYBT

Awareness and representation for POC is what I promote. As for the @MarvelIronFist show, as I have said in all interviews…

When Fans talk…you might need to listen. (IF) 😐 I definitely want to see more of @TheLewisTan on the tv and silver screen tho😏😏😏

IDK what's gonna happen with Iron Fist but can we please give my bae @TheLewisTan his own show very very soon? pic.twitter.com/5ndiS3252Z

IDK what’s gonna happen with Iron Fist but can we please give my bae @TheLewisTan his own show very very soon? pic.twitter.com/5ndiS3252Z

So while the temptation to miss Iron Fist might be great, perhaps you’ll support the man and women who need your support the most? Who knows–perhaps if we show Marvel just how much we love these characters, they’ll give us the spin-offs of our dreams. (Folks already want a “Daughters of the Dragon” spin-off featuring Wing and Misty Knight.)

What do you think about Iron Fist? Give your opinions in the comments section below!