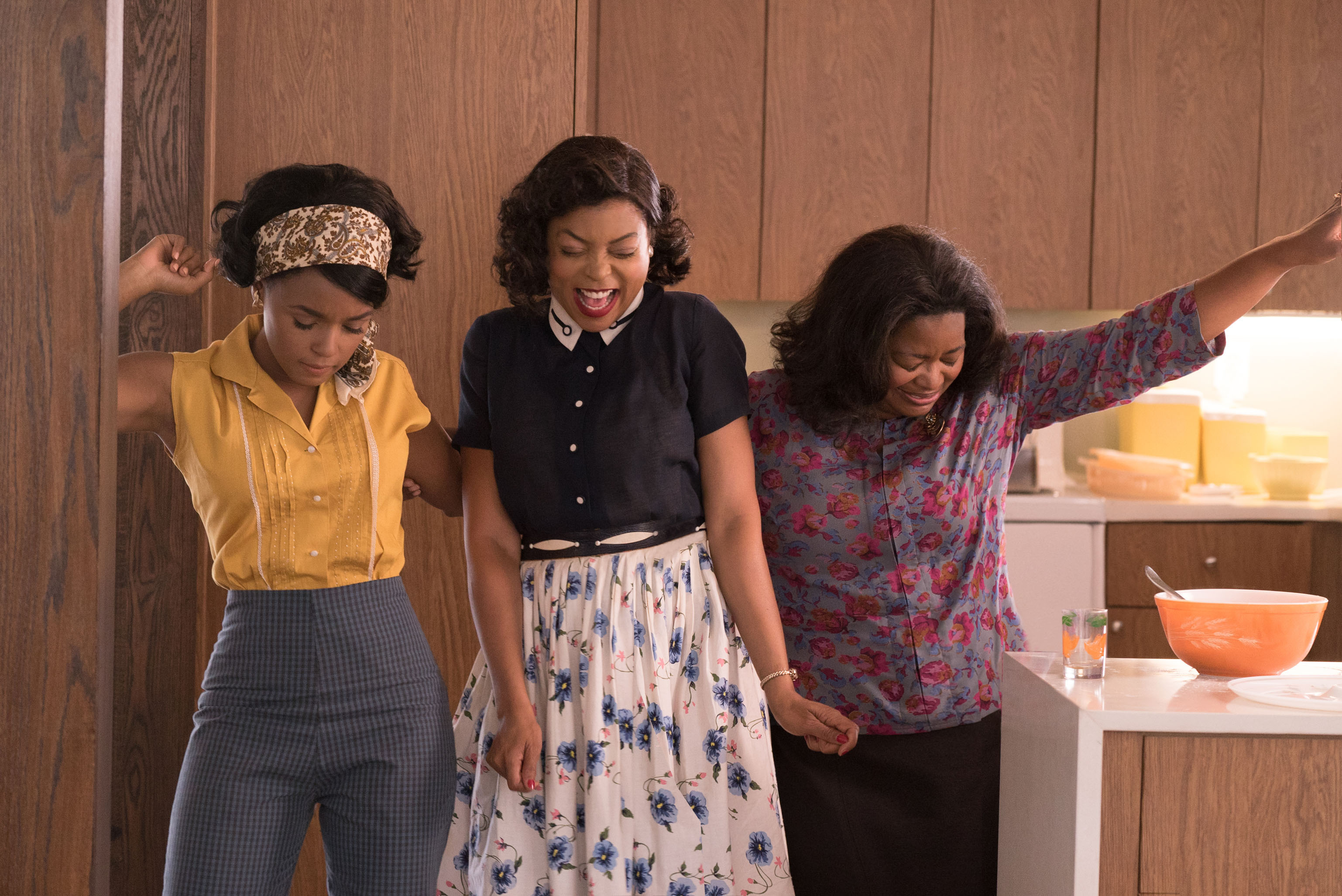 The Olympics is like the Super Bowl in that lots of big properties reveal their big trailers. Three such trailers were released during the Rio Olympics: Luke Cage, Rogue One: A Star Wars Story, and Hidden Figures. Let’s take a look at each.

First of all, it looks incredible. If I’m being completely honest, I’ve never tuned into a Marvel Netflix production, either because I didn’t know the lore or, quite frankly, I just didn’t care. But the updated ’70s blaxploitation take on Luke Cage is both reminiscent of past awesome crime fighters like Shaft and extremely timely to what’s going on today.

Everyone has mentioned the imagery of the unkillable black man in a shot-up hoodie providing both commentary and relief from the constant deluge of black men and boys being killed by police or overzealous, racist men. But seeing that imagery in motion, just in the trailer, says so much without Luke Cage every saying a word. Also, the story itself seems to be told in such a way that someone like me, who has a hot-cold relationship with keeping up with all comics except for Archie Comics, can come into it fresh. It engages the audience whether you know about Luke Cage from the comics or not. That kind of treatment of comic book lore is gold, since you can’t always assume your audience knows everything about every character, especially if that character hasn’t become part of the collective consciousness in the same way Superman, Batman, and Spider-Man have.

Overall, this is a WIN for me. I’ll check out the series once it drops, despite my own squeamishness of hearing/seeing broken bones.

As Marv Albert would say, “Yes!”—this is ticking all of the boxes for me. I think from now on, I’ll lessen my usage of “diversity” and starting using the word “inclusion” more, because the rebooted Star Wars series (yes, rebooted—let’s just admit that the prequels are out of canon now) is showing other movie franchises how inclusion is done. You don’t just hire actors of color to be sidekicks, MARVEL MOVIES. You hire actors of color for substantial roles and treat them just like any white actor. You create characters that actually represent and empower your audience, not just appease them with some paltry offerings. Somehow, Marvel seems to do better at inclusion with their television shows and Netflix series than they do with the actual movies. Even stranger is that Marvel and Lucasfilm are now under the same Disney umbrella, so you’d think some cross-pollination with casting tactics would have happened already. Marvel needs to take some notes from J. J. Abrams, stat.

Anyways, we’ve got talented actors doing talented things in this film. Even cooler is that the central character is a woman. Also cool is that Darth Vader finally looks cool again (once again, proof that this is a completely rebooted series). We also have some disability representation with Donnie Yen’s blind Jedi or Jedi-adjacent character. But will Yen’s character dip too far into the “mystical Asian kung-fu master” trope? Because if there’s one potential issue I see, it’s that. We just have to wait until the movie comes out. The other potential issue: Forrest Whitaker’s odd accent. But on the whole, Rogue One looks like it’ll proudly carry on the awesome legacy that began with Star Wars: The Force Awakens.

The film looks like it’s going to be one along the lines of 42 and Race in the sense that it’s going to be a feel-good film that also manages to teach the audience a historical lesson about overcoming discrimination to achieve excellence. But this film is also a reversal in practice for Hollywood, an industry that has ignored a story like this until now.

This role is something Taraji P. Henson should have played long before now, and its these types of roles Hollywood should have cast her in. What I’m saying is that usually, this type of “feel-good” role featuring a female character from the 1960s usually goes to a white woman, because in the ’60s as in today’s time, whiteness allows a certain privilege, meaning the character won’t have to deal with any sticky issues like race.

However, turning attention away from the history makers and achievers of the time only keeps black movie narratives stuck to the Civil Rights Movement. While that part of the ’60s is wildly important, there is more to the black experience than just misery. We didn’t exist just in the south; we existed all over the country, doing all kinds of things, including sending a man to the moon. Stories like this should have been lauded decades before now, not just now that Hollywood is slowly waking up to what many call in jaded tones the “diversity trend.”

On a much more shallower note: much like Whitaker, I’m unsure of Janelle Monaé’s accent in this film. I’m assuming she’s portraying a southerner; as a southerner, I’m always…disturbed by bad southern accents in films. There is an art to the southern accent not many non-southern actors have mastered. They always want to take it to that Scarlett O’Hara level, and not all southern accents are remotely like that. (I hated writing this paragraph, because I’m a loyal member of Electro Phi Beta…but I can’t lie about the accent.)

What do you think of these trailers? Give your opinions in the comments section below!

I’ve just seen the trailer for Star Wars: Episode VII—The Force Awakens, and it was amazing!

I didn’t grow up as a Star Wars fan, and the prequels certainly didn’t endear me to the franchise as a whole. But thanks to my brother, I do see the charm in the original Star Wars movies. But I still couldn’t call myself a fan.

HOWEVER, this was all in the time before the Star Wars Episode VII: The Force Awakens teaser trailer. What. A. Trailer!