John Leguizamo is through with the media overlooking Latinx talent 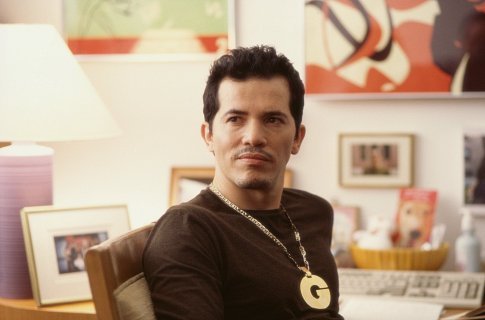 John Leguizamo has had enough with the lack of Latinx representation in the media. He made his displeasure known in his op-ed for Billboard.com after the VMAs snubbed wordwide hit “Despacito,” despite its record-breaking success.

“‘Despacito’ is the name of a Spanish-language music video by Daddy Yankee and Luis Fonsi with a historic record-breaking 3 billion views on YouTube. The song, not the video, was a late, perfunctory inclusion as the song of the summer at the MTV Video Music Awards,” wrote Leguizamo. “We must ask ourselves, is this a blatant omission? A proactive and decisive stand against the Spanish language? With 3 billion views, this historic song and video triumphs over the likes of, with all due respect, Beyoncé or Taylor Swift, but this is only one example of exclusion.”

The actor went on to say how the habit of exclusion hits more than just music—it hits his profession as well, and in a hard way.

“We Latin people are less than 6 percent of roles in TV, movies and all streaming platforms. Most of those Latin roles are attributed to Latin-only audiences. As if we Latins are the only people who can relate to our skin color or our accents. It’s an unconscious choice to ignore our talents and achievements and trump it up to a ‘limited market,’ but that’s what happens,” he wrote. “…While this is a slap in the face to Latin artists who work so hard to hold a mirror up to humanity as a whole (and not just Latin people), it’s far more detrimental to our youth. A youth that still grapples with identity. A youth that must still learn to fill a historic void or itself—omitted from the history books and omitted from current pop culture.”

Leguizamo put out a call to action to other Latinx in the media and otherwise to speak out louder on the issues of representation and inclusion.

“There are almost 70 million Latinos in America, and why do we remain so absent and invisible when we are the second-largest ethnic group after whites? It’s not because we don’t have top-level talent…Yet we still only account for 5 percent of artists across all platforms. I try to justify these numbers, this inaction in all sorts of ways. For myself…and most importantly, for my kids. But I shall justify them no longer,” he wrote. “…It’s time we stand up. It’s time we educated and enabled the Latin people to better the world through brilliant art. We have a lot to offer the world…and I’ve come to feel sorry for those who have yet to know it.”

You can read his full article at Billboard.com.