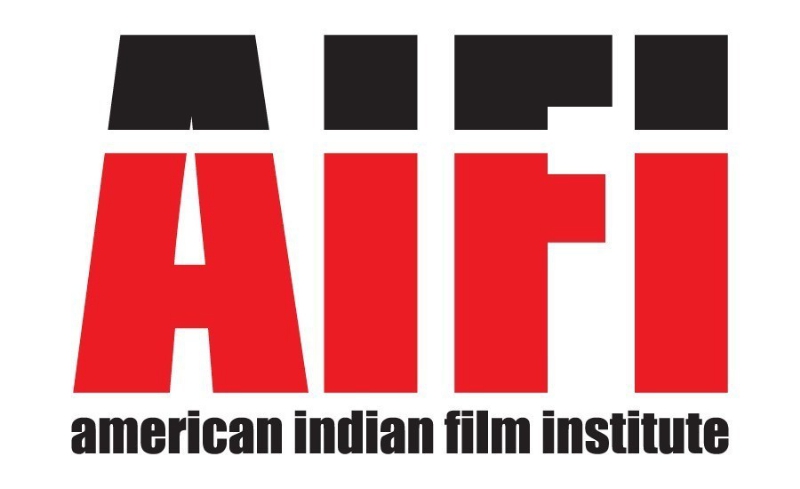 SAN FRANCISCO, Oct 28, 2016 /PRNewswire/ — AIFI stands in solidarity with the Standing Rock Sioux Tribe of North Dakota and their thousands of native and non-native allies in the struggle to protect their waters and homelands against bio oil and the development of the Dakota Access Pipeline. This is the most recent of the ongoing struggles of indigenous peoples of this continent to protect and preserve their homelands and ways of life against colonial and capitalist interests. AIFI has presented these stories and many others of cultural affirmation, resistance and survival over the years and they will continue to be featured through the 41st Annual American Indian Film Festival, to be presented November 4-11 in San Francisco.

The public is invited to enjoy film screenings, appearances by filmmakers, actors and directors, Q&A sessions, and memorable entertainment during the 8-day event– capped by the American Indian Motion Picture Awards Show on November 11.

“The contemporary medium of cinema as a tool for a very ancient art – storytelling – has always been at the core of the American Indian Film Institute, and our festival,” notes AIFI founder and president, Michael Smith (Sioux). “As we move into our fifth decade, we’re more committed than ever to spotlight and share these vital stories – films, by, for and about American Indian and First Nations peoples – with all communities. This is the best of Native cinema, and we’re excited to celebrate the 41st annual American Indian Film Festival with our filmmakers, entertainers and audiences.”

The full schedule of 13 film programs, with both matinee and evening screenings, is available online at: http://www.aifisf.com/film-schedule

Notable films of AIFF 41 include:

November 5: The Missing and Murdered Indigenous Women epidemic of North America is spotlighted in recording artist Crystal Shawanda’s Pray Sister Pray,” a music video directed by Joseph Osawabine; followed by the short: Sister, Daughter, directed by Nathaniel Arcand (Into The West; Blackstone) and the feature On the Farm starring Elle-Maija Tailfeathers

Kiowa-Choctaw creative force, Steven Paul Judd returns as AIFF 41’s Official Festival Artist. Judd’s poster, “Endeavour to Persevere,” is an homage to film dialogue spoken by the late, legendary First Nations actor and leader, Chief Dan George, in the iconic Western, The Outlaw Josey Wales. The unforgettable Chief Dan George was the inspiration for the creation of the American Indian Film Festival®.Catch a glimpse of Judd’s amazing, art-filled life, in the documentary short film, Dig It If You Can, directed by Kyle Bell.

Advance tickets for the film festival and awards show are available thru aifisf.com.

Chris Hemsworth’s apology is amazing—here’s why 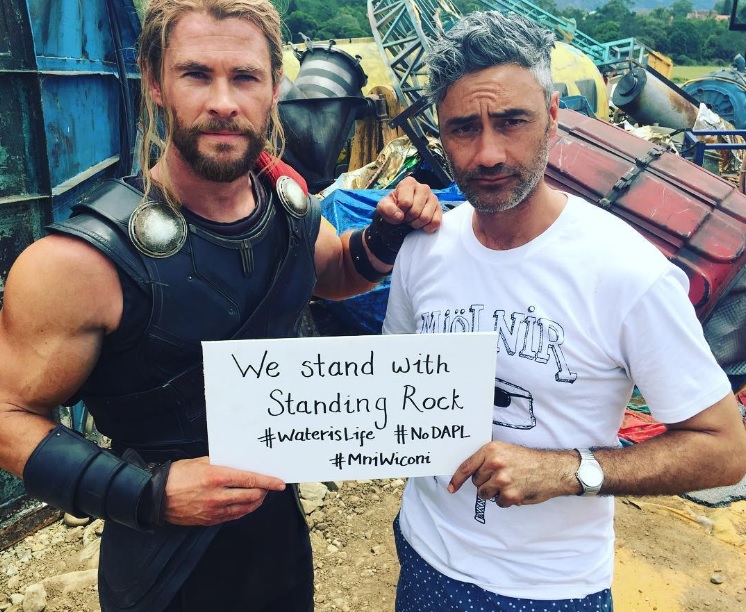 Chris Hemsworth plays a Marvel superhero on screen, and on the regular, he lives out a rather superheroic life by making children’s dreams come true. But with his latest tweet, he’s ascended even further into superhero status by actually doing what many people seem incapable of doing–actually apologizing for being racially and culturally insensitive.

Recently, Hemsworth tweeted out his support of those against the North Dakota pipeline. In his statement of support, he also gave a heartfelt apology for a picture from a New Year’s Eve party he and his wife held last year. We saw that picture, and naturally, people felt upset, and rightly so. Dressing up as Native stereotypes isn’t cool. This year, we see Hemsworth is a new outlook on his actions.

Standing with those who are fighting to protect their sacred land and water. #nodapl #waterislife #mniwiconi @taikawaititi I would also like to take this opportunity to raise something that has been bothering me for sometime. Last New Year’s Eve I was at a “Lone Ranger” themed party where some of us, myself included, wore the traditional dress of First Nations people. I was stupidly unaware of the offence this may have caused and the sensitivity around this issue. I sincerely and unreservedly apologise to all First Nations people for this thoughtless action. I now appreciate that there is a great need for a deeper understanding of the complex and extensive issues facing indigenous communities. I hope that in highlighting my own ignorance I can help in some small way.

“Standing with those who are fighting to protect their sacred land and water. #nodapl #waterislife#mniwiconi @taikawaititi. I would also like to take this opportunity to raise something that has been bothering me for sometime. Last New Year’s Eve I was at a “Lone Ranger” themed party where some of us, myself included, wore the traditional dress of First Nations people. I was stupidly unaware of the offence this may have caused and the sensitivity around this issue. I sincerely and unreservedly apologise to all First Nations people for this thoughtless action. I now appreciate that there is a great need for a deeper understanding of the complex and extensive issues facing indigenous communities. I hope that in highlighting my own ignorance I can help in some small way.”

Related post: Three Reasons Why You Should Care About the North Dakota Pipeline Fight

If we take a cynical approach, we could easily say, “Well, clearly he’s apologizing because the director of his Thor: Ragnarok is an indigenous person.” But, isn’t interacting with people how others learn about their ignorances in the first place?

The whole point of multiculturalism is to learn more about each other and how we can better ourselves. We’ve all come into contact with some limited aspects of ourselves that become broadened when we interact with people with different life experiences and cultures different from our own. I know I’ve had that happen to me before. Many people are afraid to experience other cultures because, as we are vulnerable creatures, we are afraid of being wrong. It takes a big person to actually apologize for ignorance, and it takes a smart person to know what they’re apologizing for. For that, I commend Hemsworth for doing so.

He didn’t just put out a B.S. apology like some out there have done in the past (insert name of who you think fits in this space now—you’ve got a lot to choose from). He put out an apology that reads as sincere and thought-out, particularly when he wrote that this issue had been “bothering [him] for some time.” He’s had a lot of time to process this, and while his apology might not have come as quickly as we as a collective might like, it’s better that it came from him when he had an understanding of the issues.

Now, can more people decide to think outside of their minds and apologize for things they’ve done wrong? Can more people follow Hemsworth’s example? If so, that’d be great.

What do you think about Hemsworth’s apology? Give your opinions in the comments section below!