Have you heard of Puerto Ricans in Paris? I don’t think there’s been a lot of play surrounding this Focus Features film, but it’s out there, and it’s coming to Digital HD and On Demand June 10.

The comedy, directed by Ian Edelman and written by Edelman and Neel Shah, stars Luis Guzman, Edgar Garcia, Alice Taglioni, Rosie Perez and Rosario Dawson. The film’s producer is none other than Pitbull (otherwise known by his government name, Armando Christian Perez).

The film involves two detectives and best friends (and in-laws) that head to Paris to solve a crime involving a handbag.

Puerto Ricans In Paris is a story of friendship, loyalty and a life-changing trip to Paris. Detectives Luis Lopez and Eddie Garcia are childhood best friends, brother-in-laws, and partners in the New York Police Department Luxury Goods Recovery Unit tasked with hunting down Canal Street’s infamous bootleggers. With Luis as the slick, self-styled “brains” of the operation and Eddie as the shy, quiet “muscle,” they’ve been running through the streets of the Lower East side in search of fake Louis Vuitton for 20 years – long enough for them to be the best in the business.

While their work mostly keeps them below 14th Street, a random visit from a celebrated French designer and her business partner set in motion a sequence of events that take them on a wild goose chase through the streets of Paris – from fashion parties to hipster nightclubs – in search of a stolen handbag (and delicious French macarons).

As the investigation deepens with no sign of the bag, our two best friends start to grow suspicious of everyone around them – including each other. Puerto Ricans in Paris is a fashion whodunnit with laughs, drop-crotch pants, and a lot of heart.

Check out the trailer and poster below. What do you think about this film? Give your opinions below! 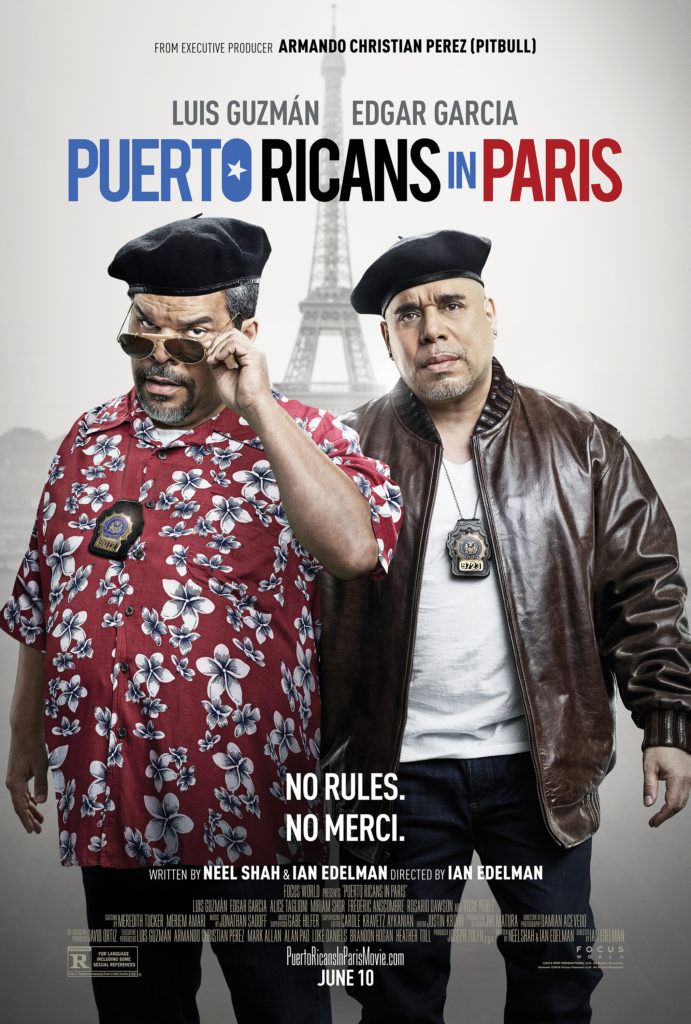