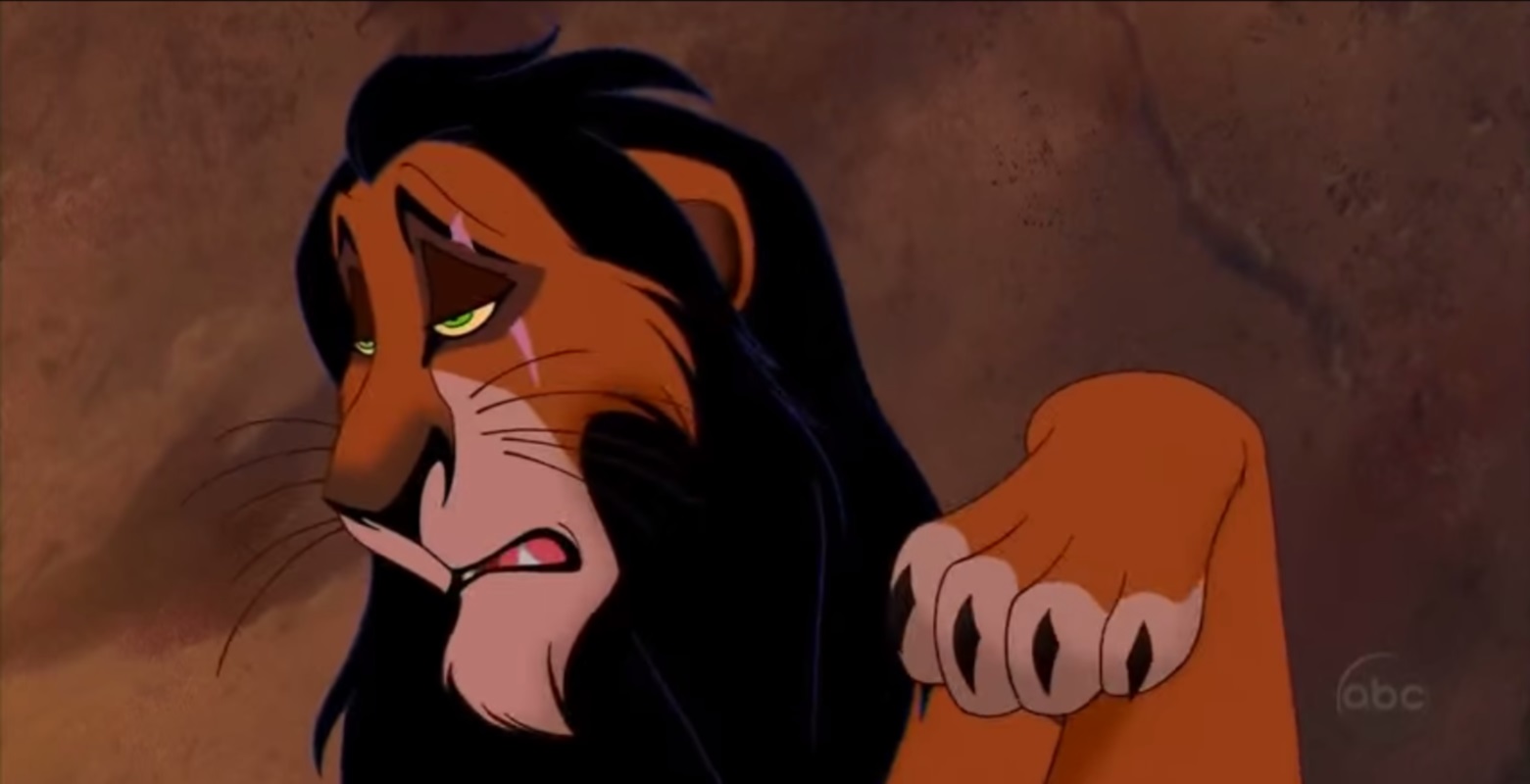 I’m sure there’s going to be someone out there that’s going to say, “What, Monique? This is a lion! Scar doesn’t count!” Yeah, he’s a lion, invisible person who doubts my logic. But that doesn’t mean Disney, or any other studio, for that matter, won’t stoop to putting some Hollywood queer coding on a non-human character. They made Simba and Kovu hot, didn’t they? (Don’t even act like you didn’t think they were as a kid!) They’re lions, too, and putting human sexuality on animals is disturbing.