Review: “Still Star-Crossed” is fun, needs to find its mojo to be even better 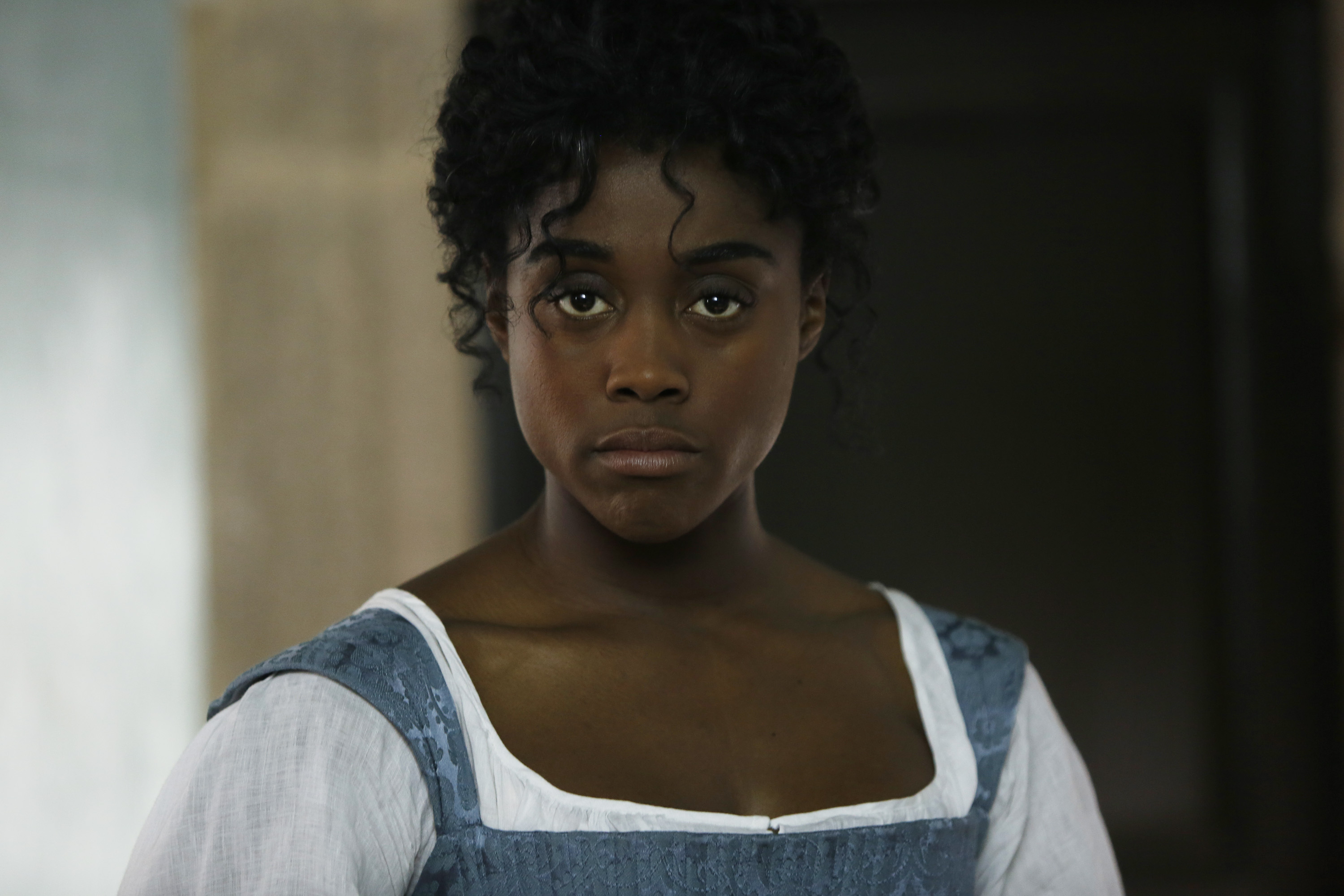 Synopsis (IMDB): A period drama that picks up where the famous story of Romeo and Juliet leaves off, charting the treachery, palace intrigue, and ill-fated romances of the Montagues and Capulets in the wake of the young lovers’ tragic fate. Based on the book by Melinda Taub.

My thoughts: Okay, so first things first, I like the bare bones this show has to offer. There’s a good story here and, seeing how apparently well-loved the YA novel it’s based on is, it has all of the elements there for the adapting. Basically, it should be a slam-dunk. “Should” being the operative word.

I’m going to start with the positives. I’ve talked about how people of color should be in more historical fiction, from books to TV to movies. The big draw Still Star-Crossed has for me is that its a show filled with people of color in Shakespeare’s classic story, Romeo and Juliet. Lashana Lynch stars as our heroine Rosaline Capulet, who lives with her sister Livia (Ebonee Noel) in the home of their uncle Lord Silvestro Capulet (Anthony Head) and hateful aunt Lady Guiliana Capulet (Zuleikha Robinson). In an effort to end the violence that only increased after the elopement and deaths of Romeo (Lucien Laviscount) and Juliet (Clara Rugaard), Prince Escalus (Sterling Sulieman) proclaims that Rosaline should marry her blood enemy, Benvolio Montague (Wade Briggs), the son of Lord Damiano Montague (the scene-chewing Grant Bowler, who seems to know and embrace the type of campy show he’s in).

Lynch, Noel, Laviscount, Sulieman, and Medalion Rahimi as Prince Escalus’ sister Princess Isabella cement the series as one that will frequently showcase various POC in roles they rarely get in Hollywood. On that level alone, Still Star-Crossed is important. We as an audience need to see more men and women of other ethnicities in roles like this to help erase the “history is white” narrative we’ve learned throughout our lives. History is not only full of white folks; it’s full of all kinds of people, making their marks in the world.

If I had to compare Still Star-Crossed to anything other than the costume BBC drama it’s analogous for, it’d be the 1997 Cinderella adaptation. I, like many black girls, loved it because a black girl finally got to be the princess for once. But I also liked it because there were so many different people playing roles they wouldn’t ordinarily get. Anyone could literally be anything, from the royal family to a random townsperson. That was cool.

Of course, one of the biggest complaints people had about that adaptation is “How are these people related to each other?” Again, this could be seen as a positive–I’m sure Cinderella spoke to many adopted kids or kids in blended families in which there were racial differences. The same goes for Still Star-Crossed; there are families in which race isn’t defining factor, and that means a lot in the conversation about how media can better portray families with a mix of racial backgrounds.

However, even though I am putting my weight behind this show, I am hoping that it gets its act together, speaking bluntly. Like I said, there are a lot of fun historical fiction tropes that would be right at home on a “traditional” historical fiction show like the critically-lauded (but actually spottily-written) Downton Abbey. However, just like how I came down on Downton Abbey for its infuriatingly precious treatment of Lady Mary and it’s stagnant dialogue (i.e. how many times did characters in love say, “Shut up and kiss me”? AARRGGHH!!!), I have to throw the book at Still Star-Crossed for is choppy script and even choppier transitions.

I feel like as a pilot, Still Star-Crossed suffers from severe Pilot-itis. What I mean is that it wants to impress so badly that it falters on basic pacing and even basic characterization. Escalus and Rosaline love each other, because….why? What kind of characterization does Isabella have? What’s her motivation? How did Livia escape the melee at the funeral? These things are important to the story, but they’re glossed over.

I don’t know where the book drops us in the story since I haven’t read (I didn’t even know about it until this show came out). But from where I’m sitting, it seem that it would have made a lot more sense to just start Still Star-Crossed at the moment Romeo and Juliet die. For the most part, we already know the story of Romeo and Juliet, or at least, we know the important parts–two kids die of dueling families because their love is forbidden. Since we know they’re dead at the end of the Shakespearean story, why not just start at the moment of the funeral? Then we’d have more time to spend with Escalus and Isabella, understand more of their motivations and Escalus’ background with Rosaline, have quick flashbacks to the roles Benvolio and Rosaline played in Romeo and Juliet’s elopement, etc. etc. Also, maybe the will-they-won’t-they romance-ish thing the show’s trying to set up with Rosaline and Benvolio could have more grounding? IDK, but those are my thoughts.

At the very least, it’d be great if the show decided AGAINST those weird transitions. The zooming into the town square during the ball, the zoom towards the palace, the awkward high angles over the city, etc.–I get that the show is trying to give us scope, but it would seem Still Star-Crossed is trying to do BBC-style presentation with a small ABC budget (not to small, mind you, since this was shot in Spain). However, just because there’s a small budget doesn’t mean that BBC-style presentation can’t happen. Even though shows like Father Brown and Call the Midwife are considered “prestige shows” by American standards, it’s not like they have lavish The Hollow Crown budgets. Yet, they still give viewers a sense of escape and production value. Still Star-Crossed has enough production value inherent in its story, filming locations, and costuming/set design without trying too hard. Adding what seem like CGI transitions make the show look more like a TV movie rather than a high production value TV show.

Hopefully, the show will even out these problems and tell a much smoother story as the show goes on. Still Star-Crossed is a show that definitely deserves to be told in this way, and it definitely deserves its shot to get the story right. With Shonda Rhimes’ clout at ABC, hopefully this means ABC will give Still Star-Crossed the time it needs to shake off its rough edges.

What is #ShameonShonda? Tweets from the Confusing Hashtag 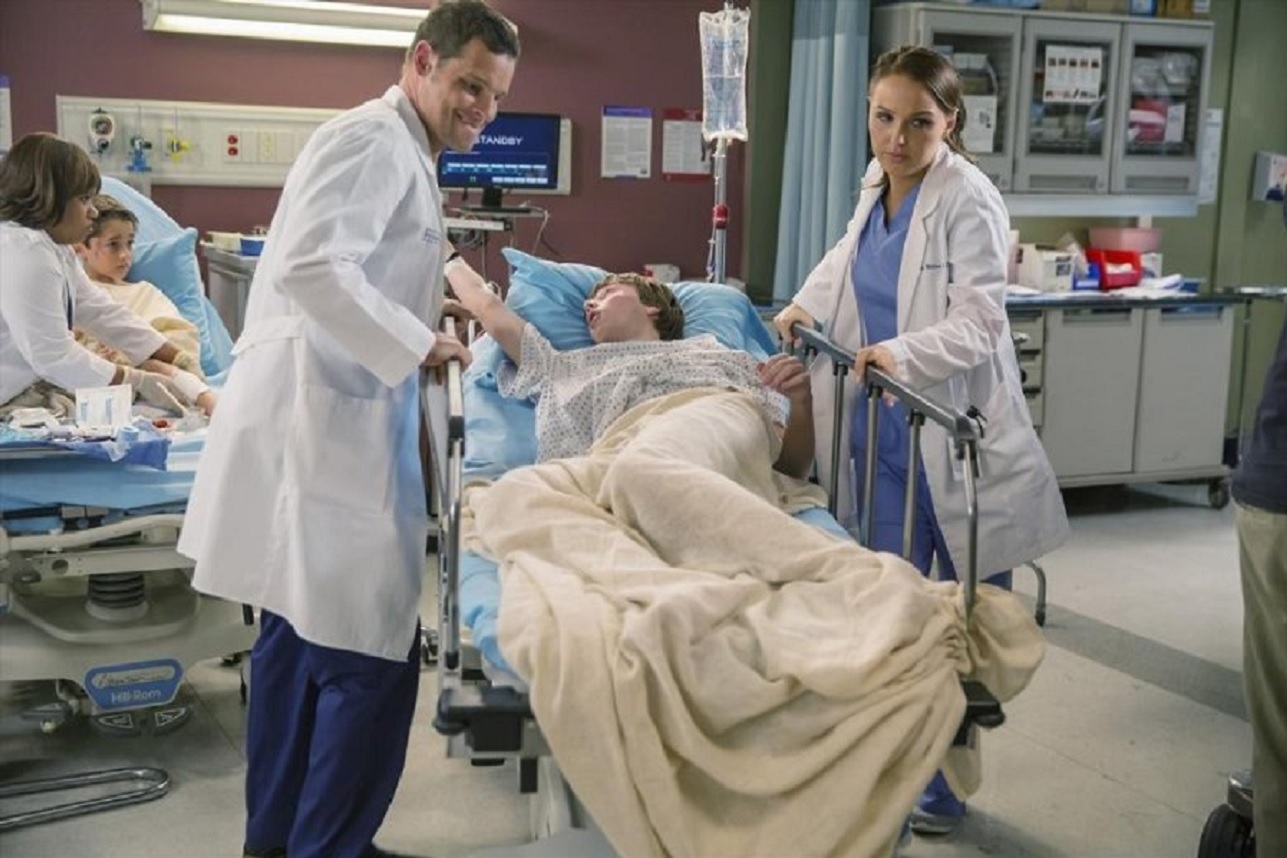 I got back on Twitter today to find out that yet another hashtag has come up, but this one has me really confused, especially since I’m not a Grey’s Anatomy viewer. Apparently, there’s a hashtag called #ShameonShonda. Why are we on Shonda Rhimes’ case yet again?