2015 was the year of TV specials, such as History’s Texas Rising (which was, to use a buzzword, problematic for me), Sons of Liberty, and Saints and Strangers (which, from the commercials at least, also looked like it had its moments of historical propaganda).  But, there were two specials that stood out, at least for this writer. Tut and The Wiz Live! were what TV specials should aspire to in this day and age. Why? Let’s take a look.

Why Tut was great: This year is supposed to be the year in which I use a lot less “I” in my posts, but I have to break my rule for just a second and put in some personal opinion; I’ve wanted to see a proper dramatization of Pharaoh Tutankhamen’s reign for decades, which means, I’ve wanted that for most of my life. After seeing the travesty that was Exodus: Gods and Kings come to theaters, I was especially ready for a Tut movie or TV show (or anything concerning ancient Egypt) that actually cast non-white actors. I was robbed when FOX killed Hieroglpyh, but I was appeased and delighted when I learned about and later watched Tut. 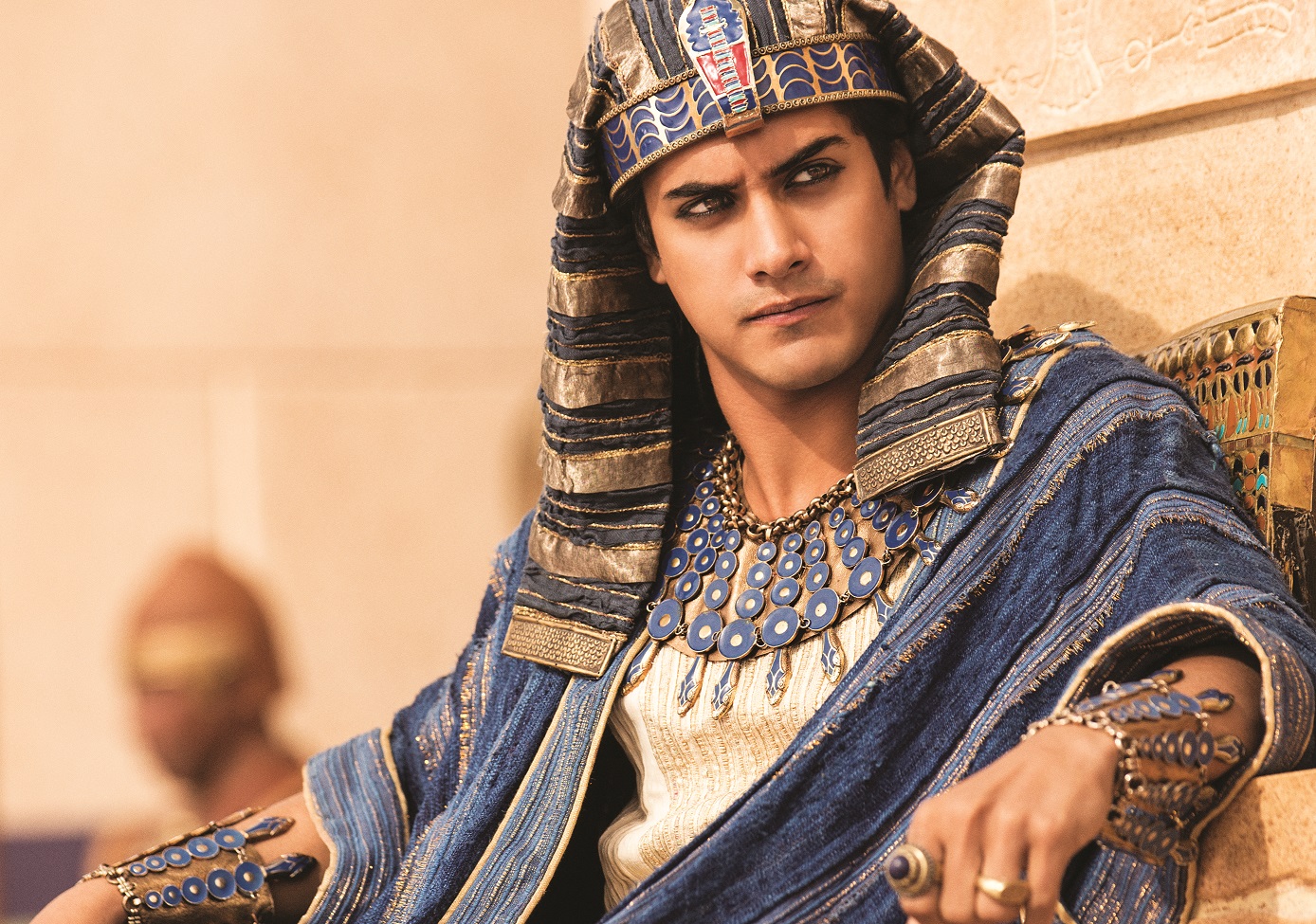 Spike’s Tut, starring Avan Jogia, Ben Kingsley, and Sibylla Deen, was a boon for the network, and it was a joy to watch. Everyone gave stellar performances, and for me, the breakout star was Jogia, who proved he’s got leading man material. To quote part of my review:

It’s really Jogia’s shoulders that the film rests on, and he plays the part of a boy maturing into a seasoned, slightly jaded king exceptionally well. Perhaps you slept on his talent when he was in ABC Family’s teen soap Twisted. Perhaps you didn’t watch Victorious because you’d grown out of Nickelodeon dramas. If you weren’t aware of Jogia’s talent before, Tut will show you that Jogia’s not someone who’s cut from the same tween star cloth as some of his other contemporaries. His capabilities for drama and action not only relay his maturity and awareness, but also show how ready he is for the movies. Movie studios: if you’re still doing those same outdated practices of casting only white actors because you think they’re the only ones capable of being thought of as a leading man, you’re doing everyone, including yourselves, a great disservice, since Jogia should be on every casting director’s “leading man” list.

The most important part was that there wasn’t a white actor portraying a non-white character. Again, to quote my review:

Films that are set in either ancient Egyptian or biblical times are some of the films Hollywood loves to whitewash the most. I give some reasons as to why I think that is, but just a quick summation: Hollywood is still behind the times when it comes to casting. It still acts as if it’s still in the golden age of Hollywood, when a large majority of America was white and wanted to see only white faces instead of the diversity that existed around them in America and in the world (something Comics Alliance’s Andrew Wheeler points out in his takedown of the comic book movie and racial diversity).

Tut does an exceptional job at casting people who aren’t white. I know some people have said they feel the casting should have been of darker people. To that criticism, I say, “I understand.” But from my point of view, Tut gives us a vision of Egypt that’s closer to the truth than Exodus and other films like it have ever done. I’m extremely proud of how Tut decided to cast against Hollywood “business-as-usual” methodology. More than likely, I’ll have posts about this later, but for now, here’s my handclap for Tut‘s casting department.

As I addressed in the blockquote, there are some who are irritated that actual Egyptian actors weren’t cast for this film and some would say that this miniseries is just as whitewashed as Exodus for that reason. I’d say that while they aren’t Egyptian, let’s not compare Tut to something like Exodus, which went out of its way to copy the whitewashed biblical epics of the 1950s. Tut’s casting department did what casting departments should always do, and that’s cast non-white actors for non-white characters. And, Tut proved that stories featuring non-white figures, including dramatizations of historical characters, can and will bring in audiences, especially those thirsting to see themselves on screen.

Why The Wiz Live! was great: The Wiz Live! is NBC’s first successful live musical event, and good for it, because it had a ton of expectation riding on it. In short, the direction by Kenny Leon (who was revealed in the making-of special to be a taskmaster in the best way), the talent, featuring Ne-Yo, David Alan Grier, Mary J. Blige, Queen Latifah, Elijah Kelley, Amber Riley, Stephanie Mills, Uzo Aduba, Cirque du Soleil, tons of dancers, and newcomer Shanice Williams, and the set design and use of the stage combined into truly magical entertainment.

It was fantastic to see black representation on this apologetic of a scale. In a way, the production plays on the core tenet of Afrofuturism; that blackness is defined by black people only, not by the society in which black people exist at present. Within Afrofuturism, black people aren’t “black people.” They’re just people, defined by their circumstances, just like how every white person in every movie and TV show is defined. 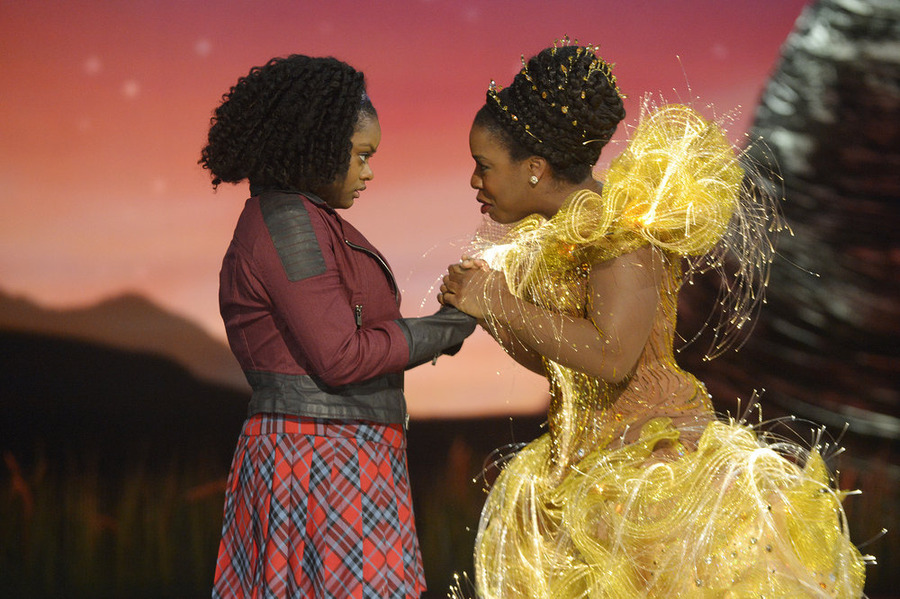 It was also a historical production on account of the first showcase of ballroom culture on standard television. The gay ballroom scene has still remained underground, despite some of the dancers featured in The Wiz Live!, Dashaun Wesley, Danielle Polanco and Carlos Irizarry, being dancing legends in their own rights (as well as working choreographers) and despite pop culture’s penchant for lifting heavily from gay club culture. But famed choreographer Fatima Robinson brought the ballroom to mainstream America in the most creative and funky way; by making The Emerald City one big ballroom. (Also amazing: seeing Queen Latifah’s Wiz as a drag king, which was the icing on the Emerald City cake.) Between seeing Williams’ star born right on their screens, Uzo Aduba inspiring all of us to believe in ourselves, and being bowled over by the surprise of The Emerald City, Twitter was on fire with people tweeting about how much the amount of representation present in The Wiz Live! spoke to them.

What did you think of these specials? Give your opinions in the comments section below!

It’s been a few weeks out since Tut aired on Spike, and, to reiterate, I loved it. But I did notice one element of one of the characters that could be considered very loose queer coding, if you chose to see it that way. All this posturing is to say that the decision to show the evil priest, Amun, putting on makeup was a very decisive (and probably unconscious) decision on the part of the writing or staging.

Nonso Anozie is an actor who still seems like he’s on the fringes of American television, even though he’s been in a lot of American projects. The Grey, Game of Thrones, The Bible, Son of God, Jack Ryan: Shadow Recruit, Ender’s Game, NBC’s Dracula, CBS’ Zoo, the list goes on and on. Perhaps his role in Tut will finally cement him as one of Hollywood’s brightest newcomers (and I say “newcomer” loosely, since he’s been in the game since 2006).

It’s officially Tut week! If you’ve read my review of Spike’s three-night event, then you might have read what I wrote about Kingsley’s portrayal of Tutankhamun’s adviser, Ay:

Just as much as Jogia commands the audience’s attention as the quickly-maturing boy king by imbuing Tutankhamun with outgoing bravado, Kingsley demands the audience’s attention by portraying Ay with cautious carefulness and an undercurrent of seediness masked over with paternal gentility. Ay is formidable in that respect; he does genuinely care for Tutankhamun, but he also cares for his own power more and will do what he can to secure it while, to paraphrase Tut’s sister Ankhesenamun, insulating himself from being discovered as a crafty mastermind.

It’s been a long time coming, but I’ve finally gotten around to trailers and posters!