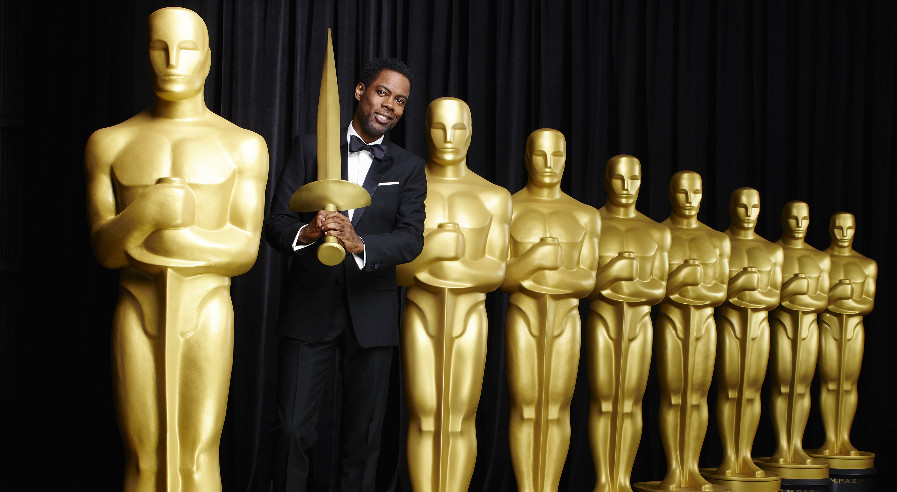 The Oscar nominations have been released, and the talk isn’t about who people want to win, but about why the list of nominees aren’t more diverse. This makes the second year that #OscarsSoWhite has dominated the social media and real world discussions about the highest honor in film, but this year is just one of many in which white stories and white actors and directors have been chosen over equally-as-talented minority actors and directors. Personally speaking, some of the domestic projects I’m rooting for are Spotlight, Sanjay’s Super Team, What Happened, Miss Simone?, Carol, The Danish Girl, and The Revenant, since they are the only stories featuring diversity of any sort and/or tell stories that need more in-depth coverage. (By the term “domestic,” I’m not including foreign films.)

The big question lots of people are having is why the nominations are still just as homogeneous in the acting categories as they were last year? At the very least, Alejandro González Iñárritu was nominated for Best Director. Some people are probably feeling like no one is listening to their cries for more diversity in films, especially since 2015 itself wasn’t that diverse of a film year to begin with; the biggest films featuring racial diversity were indie films, like Me, Earl, and the Dying Girl and Dope, and Star Wars: The Force Awakens dominated the end of 2015 so hard, to the point that it seemed like 2015 was more diverse than it actually was. Also, films like Carol, Tangerine, and The Danish Girl were about the only films of the year featuring LGBT stories. Yet, Tangerine, which featured transgender characters of color, was overlooked for Carol and The Danish Girl, which feature white lesbian or transgender characters.

The answer about the nominations issue comes in the form of time. There simply hasn’t been enough time for the changes the current Academy president, Cheryl Boone Isaacs, have implemented to really be effective. The Hollywood Reporter called the Academy’s recruitment of more members from diverse backgrounds as “Phase one,” stating that “phase two” needs to be in effect, if it’s not already. “Now campaigners must ask: Do these freshman members change the nature of the game? The answer is yes, though the full effects of change won’t be felt for a few more years, as even more new members replace the old,” wrote Stephen Galloway for the site. “…Some insiders argue that the apparent diversity isn’t as widespread as it seems, and that the bulk of new members are entrenched in the Hollywood establishment. They’re right—this is still a relatively small contingent. Diversity is starting to happen, but it’s slow and its effects may not be felt fully for several years to come, or until the industry itself is more diverse.” The old guard in the Academy could be considered part of the problem; the nominations list includes nominations for the screenwriting team of Straight Outta Compton, Jonathan Herman, Andrea Berloff, S. Leigh Savidge and Alan Wenkus; however, the screenwriting team is white, while the rest of the Straight Outta Compton crew, including director F. Gary Gray, weren’t nominated for the same movie. In case you haven’t guessed, F. Gary Gray is black, as are the actors in the film. Also, the critically acclaimed Beasts of No Nation wasn’t nominated at all, despite the star talent of Idris Elba, young actor Abraham Attah, and the direction of Cary Fukunaga. Ditto for Concussion, starring Will Smith, whose role in the film is tailor-made for Oscar nominations. Ditto again for Creed, which starred Micahel B. Jordan and was directed and co-written by Ryan Coogler, but only Sylvester Stallone was nominated for an award.

The other part of the problem is, of course, that it’s an industry-wide problem. Tambay A. Obenson wrote for Shadow and Act that people’s anger shouldn’t be with the Academy at all. “I continue to argue that our ire should not be with the Academy, but instead with the studio heads and financiers who decide what films are made. Until the playing field is leveled, this disparity between the volume, variety and quality of films made by/about white people and those made by/about people of color, will extend its run, uninterrupted.” One way he illustrated his point earlier in the article is when he discussed the Straight Outta Compton snub and wondering if Gray, Dr. Dre, Ice Cube, and Will Packer, producers of the film, had any say over who would get to write the film.

However, one observation is the Academy’s old guard and the perpetrators of industry-wide problems are hand-in-hand, since quite a few of the perpetrators are a part of the Academy. Right now, the Academy—and the Hollywood industry itself–are in a vicious circle, feeding each other BS while the the public demands something new. However, there’s something to be said when the Academy president herself is speaking out against the nominations. “Of course I am disappointed, but this is not to take away the greatness [of the films nominated],” Isaacs told Yahoo’s Pete Hammond. “This has been a great year in film, it really has across the board. You are never going to know what is going to appear on the sheet of paper until you see it.” When discussing the problems with a lack of diverse nominations, Isaacs said, “We have got to speed it up,” saying that the Academy’s efforts to recruit and focus on diverse films is happening at too slow a pace.

The changes are happening, but at a glacial pace. But as Obenson wrote, it would behoove us to support indie films that do showcase diversity as well studios and companies focusing primarily on diverse filmmaking like Ava DuVernay’s ARRAY and Charles D. King’s MACRO Ventures, both of which put out statements today:

READ: Our statement regarding the glaring omission of diversity in this year’s #Oscar nominations. #MACRO pic.twitter.com/BMvlyjq0Oe

Here’s what I had to say about the Oscar nominations on Twitter:

My trusted @THR has a good article as to why the change we want with #OscarNoms is happening, but at a glacial pace. https://t.co/7kefD7dMCk

In the meantime, it would serve us well to support indie films and new production studios/companies, like @ARRAYNow and @Macro_Ventures

And we should fight even harder to make the mainstream change happen quicker. As my dad says, the squeaky wheel gets the oil.

The Civil Rights Movement of the ’60s actually started decades before; no fight happens overnight, and this one w/ media is no different.

The irony of all of this is that Chris Rock is going to host the Oscars this year. I wonder what his jokes will be like.

What did you think about the nominations? Give your opinions in the comments section below!

Okay, let’s talk about something other than Rachel Dolezal for a second. Casting news and whatnot!

There were a lot of trailers an promos this week. Let’s take a look.